From Deepwater to Chernobyl: counting the casualties | Environment| All topics from climate change to conservation | DW | 20.04.2015

From Deepwater to Chernobyl: counting the casualties

When environmental disasters occur, it's difficult to quantify the human health impacts. From corporations withholding information to pinning down cause and effect, victims face an uphill battle on accountability. 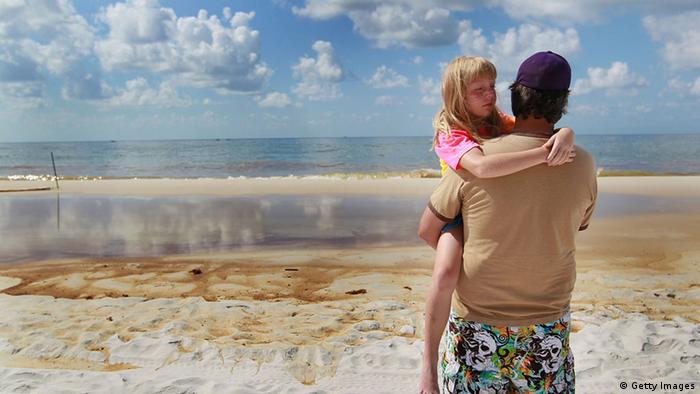 Five years ago Monday (20.04.2015), the Gulf of Mexico was hit by what President Obama called the worst environmental disaster in United States history. An explosion at the BP Deepwater Horizon oil rig left 11 people dead.

Beaches, wetlands and estuaries were inundated with oil, contaminating habitats and killing marine life, including record numbers of dolphins, fish and seabirds.

And now, locals say the human death toll could be rising as a result of the chemicals used in the cleanup.

"I started getting calls from the wives of men who were responding on the boats," said Marylee Orr of the Louisiana Environmental Action Network (LEAN). "They were saying that their husbands were very nauseated when they were out there - that they would get dizziness, chest pains, vomiting, diarrhea."

"I would say, please don't let them go out there again," Orr told DW.

But Orr says the men employed as responders in the BP-led cleanup operation felt compelled to keep working, especially since many were fishermen put out of business by the spill and in need of income. 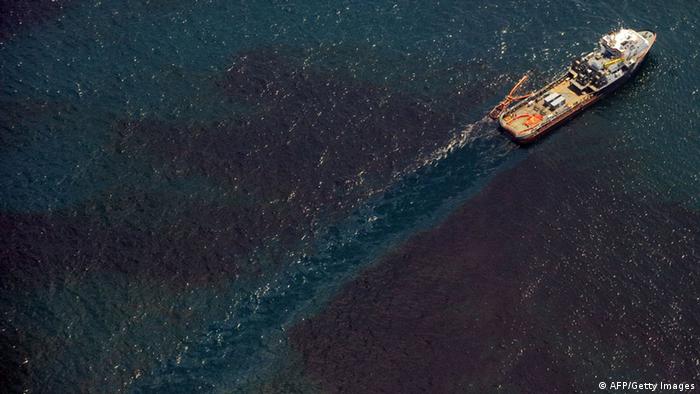 LEAN has since become a locus for reports from the four states bordering the Gulf of Mexico, from Louisiana to Florida. People have been affected by a whole range of health issues - including cancer. They believe this is the result of exposure to Corexit, the chemical dispersant used to break up the millions of barrels of spilled oil. Proving this, however, is tough.

Quantifying the human health impacts of environmental disasters is fraught with difficulty. Disputes over the number of cancer deaths caused by Chernobyl - the "original" cancer-causing industrial disaster - still rage 29 years after nuclear meltdown. There is still no comprehensive picture, or even consensus over an accounting method, to measure the health impacts.

And when responsible companies or government entities try to downplay the scale of a disaster or withhold key information, this only makes generating an accurate picture harder.

Proving cause and effect

LEAN contributed to a report by the whistleblower organization Government Accountability Project (GAP) that details a long list of symptoms as a result of Deepwater Horizon cleanup, including rashes, respiratory problems, memory loss, and kidney and liver damage.

A BP spokesperson told DW: "Protection of worker and public health was one of BP's highest priorities throughout the response," and added that "studies by federal and state scientists and independent researchers have concluded that exposures to oil, oil constituents and dispersants for response workers and the public were well below levels that might be expected to raise health and safety concerns."

Despite BP's insistence that workers weren't put at risk, more than 700 response workers have so far been awarded damages as part of a medical settlement agreement, from over 12,000 claims filed under a class action lawsuit against the company. These claims, from people who came into direct contact with the dispersant or inhaled its vapors are still being processed. 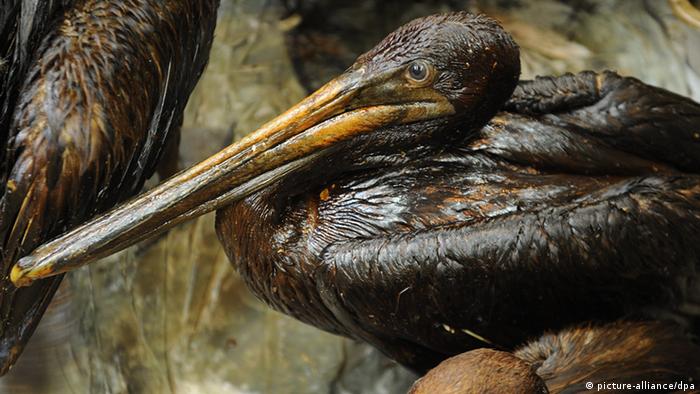 Demonstrating the impact on those who did not have this level of exposure to the chemical is much more difficult, said David Guest of Earthjustice, a legal environmental advocacy group which has taken a large role in legal action in the aftermath of the spill.

"If it's a systemic problem - something that is carcinogenic or mutagenic - or involves liver damage or something of that sort that takes long time to develop and varies from one person to the next, you would have to do long-term control studies," Guest told DW.

Guest pointed out that "cancer is very hard to prove" and claims of cancer resulting from Corexit exposure haven't gained traction in the case against BP. As people grow older, some significant proportion of the population gets cancer anyway. "So, how do you tell which? Some of them probably are [linked to Corexit], but proving that is extraordinarily difficult," Guest added.

Another obstacle to assessing the impact of Corexit - over a million gallons of which was pumped and sprayed into the Gulf - has been as simple as identifying what exactly it is. The US Environmental Protection Agency (EPA) only released the full list of Corexit's ingredients after environmental groups represented by Earthjustice filed a lawsuit in federal court.

The list included known carcinogens - but it is difficult to draw conclusions about their possible affects because Nalco, the company that produces the chemical refuses to disclose the exact recipe, calling this a trade secret. Guest called it stonewalling. Corexit is still on the EPA's list of approved products for use on oil spills. 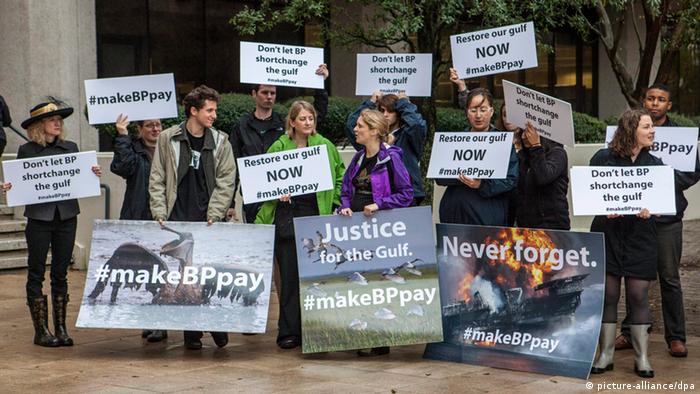 This situation has been echoed in the aftermath of other industrial disasters. In 1984, a toxic gas leak from a factory owned by Union Carbide in the Indian city of Bhopal killed thousands. The legal battle for compensation is ongoing, and exact numbers of those killed is still disputed.

"The company has withheld critical information on the nature of the gas leak and the effect it would have on people," said Joe Westby of Amnesty International, which has been working with Indian non-governmental organizations for justice in Bhopal.

"For many years, Union Carbide maintained that the gas was not fatal and wouldn't have any long-term impact. That has since been shown to be absolutely untrue," Westby said.

Union Carbide eventually agreed to a compensation package with the Indian government in 1989, based on a figure of 3,000 victims. Yet Amnesty estimates that at least 7,000 people were killed in just the first three days following the leak. The total figure is thought to be well over 20,000.

Calculating the full scale of effects of disasters like Bhopal's is further complicated by studies suggesting that people not originally exposed are still being affected by remaining environmental contamination, and through birth defects passed along to the children and grandchildren of people originally exposed to the chemicals.

These more complex "pathways of exposure" are also a major factor in the aftermath of nuclear disasters. In the case of Chernobyl, scientists continue to examine how such exposure has affected wildlife - also to build a better picture of the human health legacy.

Estimates of how many people died from radiation of accident, which occured 29 years ago this Sunday (April 26), range from a few thousand to more than a million. "There is a lot of uncertainty," Timothy Mousseau of the Chernobyl and Fukushima Research Initiative at the University of South Carolina told DW. 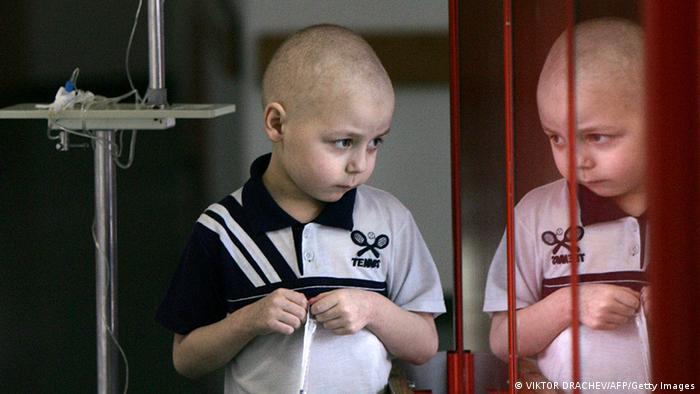 Mousseau and his team have indentified with certainty increased rates of tumors, cataracts, and neurological development issues such as smaller brain size in birds at sites close to Chernobyl.

They found a complex interaction of background radiation, and effects passed through the food chain - as well as from one generation to the next.

Looking purely at animals allows scientists to isolate statistical trends on radiation exposure, independent from other environmental effects that particularly play a role for human health, Mousseau said. "From that, we can extrapolate likely consequences for humans."

Regardless, impacts on people will always be more difficult to establish, Mousseau said. "Because humans have much longer life spans, and much longer generational times, the consequences are likely to take much longer to be observed."

With animals falling ill and people losing their homes and livelihoods, the 2011 Fukushima nuclear disaster underscored how important it is to have an intact ecosystem and just how difficult it is to calculate its worth. (23.12.2014)

Thousands died in the central Indian city three decades ago in one of the world's worst industrial accidents. DW takes a look at the tragedy and its impact on the local population. (02.12.2014)

US judge says BP negligence at fault for 2010 oil spill

A court in Louisiana, USA, has deemed BP's 'gross negligence' and misconduct to be primarily at fault for the 2010 oil spill in the Gulf of Mexico. This could add billions of dollars to damages the company must pay. (04.09.2014)

What this boils down to, is that even after nearly 30 years, more research is still needed. But Mousseau says this is a "low priority" when it comes to funding.

"At the moment the balance of political pressure is toward ignoring these consequences," Mousseau added.

Communities in the Gulf of Mexico could also face a long wait for hard science on the consequences of what they were exposed to. A major study by the National Institute of Environmental Health Sciences (NIEHS) surveying tens of thousands of people including response workers and members of the wider community was launched within months of the spill - but won't be completed until 2020.

"The NIEHS study is very significant, but that alone is not enough," Shanna Devine, lead investigator on the GAP report told DW. "We won't know the results for another five years - and how many million gallons of Corexit might be used in the meantime?"

This Wednesday (22.04.2015), GAP will submit recommendations to the EPA on proposed regulations that would include potential impacts on human health among criteria for chemicals are included on its product schedule used in response to oil spills.

Guest says he believes the true human health impact of the disaster will eventually come to light. But by that time, it will be increasingly difficult to hold BP accountable for individual cases.

And that gives corporations like BP every reason to drag their heels. "Their [method of operation] from the beginning has been delay," Guest said. "That's always how it is with these folks."