Scientists have detected radiation from Japan's 2011 nuclear disaster off the Canadian coast. Experts disagree as to whether the amount detected constitutes a dangerous level or not. 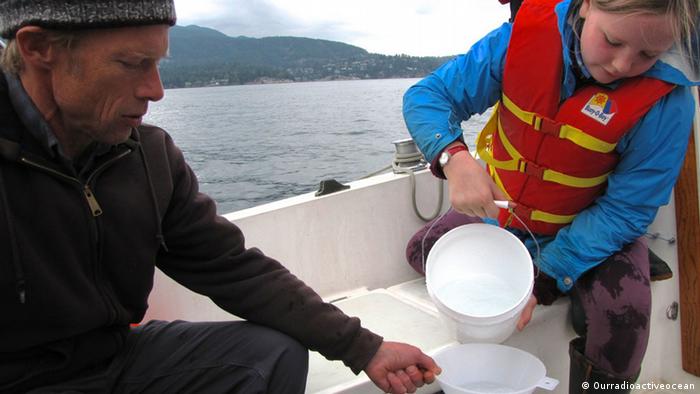 Trace amounts of the radioactive isotopes cesium-134 and cesium-137 have been found in samples that were collected close to Vancouver Island in British Columbia. According to the Integrated Fukushima Ocean Radionuclide Monitoring (InFORM) Network, it was the first time that traces of cesium-134 had been detected off North American coasts.

As cesium-134 has a two-year half-life, any cesium-134 detected in the ocean today can only have been added recently - making Fukushima the only possible source.

Ken Buesseler, a marine chemist at Woods Hole Oceanographic Institution (WHOI), said in a statement: "Radioactivity can be dangerous, and we should be carefully monitoring the oceans after what is certainly the largest accidental release of radioactive contaminants to the oceans in history."

He led an initiative that measured 60 sites along the U.S. and Canadian West Coast and Hawaii over the past 15 months for traces of radioactive isotopes from Fukushima. Using computer models, the scientist had already predicted that the traces would reach the coast, 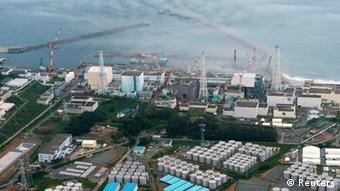 The collected samples contained 1.4 Becquerels per cubic meter of cesium-134, and 5.8 Becquerels per cubic meter of cesium-137. These levels are really low, Buesseler says. For example, swimming in Vancouver Island water every day for a year would provide a dose of radiation less than a thousand times smaller than a single dental x-ray. He is not afraid of impacts on the marine environment.

"If the levels of cesium were thousands or ten thousands of these Becqarels, we would have to keep the fisheries closed. But even if we go from 5 to 10 or 20, we are still far below the level of concern for either marine life itself or consumers of this seafood," Ken Buesseler told DW.

'Only safe level is zero'

Peer van de Rijk views the research differently. He is the head of the World Information Service on Energy (WISE), an environmental NGO focusing on the issue of nuclear energy: "There is only one safe level: that is zero level. Every amount is possibly harmful, and it adds up. You can never say that there is a safe dose for radiation."

If cesium-134 and cesium-137 accumulate in the body, this can damage cell structures. "The levels there are indeed very low levels. But you cannot say it's harmless," says van de Rijk. "That's the problem with radiation: it doesn't show immediately. And it's very hard to prove that a certain illness was caused by radiation," he adds.

He says that the radiation is also likely to be measured in other parts of the globe: "We've learnt about that a lot from Chernobyl: Radiation travels with the wind and the ocean. And it's very possible that it will show up everywhere else in the coming years," van de Rijk adds.

"Large parts of what was released in Fukushima were released in the ocean, so that will show up in several places."

Citizens' initiative for the ocean

Buesseler also expects the radiation to spread further north and south. He will keep on collecting samples, with the help of volunteers. For the latest research, volunteers were the ones collecting the seawater, raising money for testing, and shipping the samples to WHOI in Woods Hole, Massachusetts, for analysis.

"It started with our group ourradioactiveocean.org here, because in the USA we had no national agency responsible for ocean radioactivity," Buesseler says. "I had to initiate a crowd-funding campaign to even make any of these measurements." 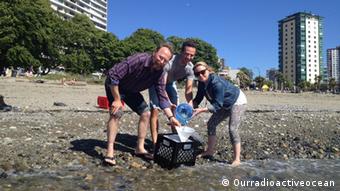 The same day that the research results were announced, a report published by the newspaper "Nikkei Business Daily" stated that Japan was considering boosting the proportion of nuclear energy to 22 percent by 2030.

Nuclear-generated electricity accounted for about 30 percent of Japan's energy mix before the Fukushima disaster in 2011. Since then, all 48 nuclear reactors have remained offline.

In Peer van de Rijk's view, nuclear power stations should stay dormant. "They don't have a clue what's really happening and how to solve the problems, so they are somehow in despair on how to respond and what to do," he told DW.

At the same time he admits that it is very difficult for Japan to shift rapidly from nuclear to renewable energy. Japan has already cut its electricity consumption.

Buesseler appreciates that the proportion of nuclear energy is at least to remain lower than before the Fukushima accident: "I know that they are desperately trying to build on renewables, but that takes time. And these reactors exist, so there is pressure to keep them going."

However, he adds that to clean up the area around Fukushima will take 30 to 50 years and cost hundreds of billions of dollars.

On the fourth anniversary of the Japan quake and tsunami, the country has remembered the thousands who died. The subsequent Fukushima disaster sparked a crisis that left the country at odds over nuclear power. (11.03.2015)

Four years after the Fukushima nuclear disaster, the government continues to insist that Japan needs atomic energy to power its industry and society. But many Japanese remain opposed to the restart of the idled reactors. (10.03.2015)