Japan pushes ahead with plans to reopen nuclear reactors | Asia| An in-depth look at news from across the continent | DW | 10.03.2015

Four years after the Fukushima nuclear disaster, the government continues to insist that Japan needs atomic energy to power its industry and society. But many Japanese remain opposed to the restart of the idled reactors. 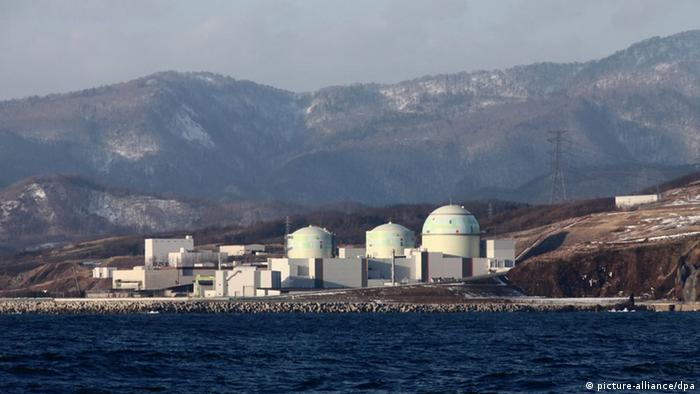 Shinzo Abe, the Japanese prime minister, visited the town of Futaba in the Fukushima prefecture on March 1 to be given a guided tour of a vast site that has been set aside for millions of tons of soil that was contaminated with radioactivity after the disaster at the Fukushima Dai-ichi nuclear plant in March 2011.

Abe climbed to the top of a building that had previously served as the office of the municipal government to gaze across the 16-square-kilometer site. On the horizon to the east, tall chimneys and cranes turned in the cold wind blowing in from the Pacific and mark the location of the nuclear plant, where teams of workers continue their efforts to decontaminate the site of one of the worst nuclear accidents in history.

After descending from the roof of the office, part of a community abandoned since shortly after the magnitude-9 earthquake struck, triggering a tsunami that destroyed three of the six reactors at a plant that had become a local landmark, Abe told reporters that he would like to express his gratitude to the local authorities and residents for agreeing to have the dump for radioactive spoil on their land. 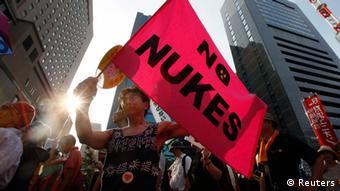 Many in Japan want the government to phase out nuclear power

"We will proceed carefully, while respecting people's feelings about their home towns," the prime minister said. Reaching an agreement on the Futaba dump was an important achievement for the government as it simultaneously takes steps to deal with the unsolved problems at the Fukushima plant and pushes ahead with plans to restart at least some of the nation's 48 nuclear plants that have been off-line since March 2011.

The government has announced that it intends to bring several of the nuclear reactors back online as early as June, after the completion of what nuclear regulators, utilities and the ministries that oversee the industry insist has been a painstaking and thorough re-examination of their operations.

Japan's nuclear plants are 'better prepared' now than before

Charles Casto advised the Japanese authorities on their handling of the Fukushima crisis on behalf of the US government. Four years on, the nuclear expert talks to DW about the lessons Japan has drawn from the disaster. (09.03.2015)

Dogged by public opposition to nuclear power, that process has taken far longer than the authorities anticipated but there is a sense that the government is increasingly pushing for a restart on the grounds that continuing to import oil, coal and natural gas to keep the economy ticking over is prohibitively expensive, as well as increasing the nation's carbon dioxide output.

The first plant that has been earmarked for a resumption of operations is the Sendai facility, operated by Kansai Electric Power Co. (KEPCO) in central Japan. KEPCO's Takahama plant is also nearing operational readiness after regulators issued the first of three approvals that are required for a restart.

"They are pushing ahead with this despite the opinion polls consistently showing that a solid 70 percent of the Japanese public want nuclear energy to be phased out," Aileen Mioko-Smith, an activist with Kyoto-based Green Action Japan, told DW.

The environmental activist also dismissed the claims of economic benefits bestowed by the use of nuclear energy, pointing to studies that suggest the cost of repairing and upgrading nuclear plants is higher than shifting to zero nuclear power and investing in renewable forms of energy. "We do not believe the lessons of Fukushima have been learned," she said. "For example, the Nuclear Regulation Agency is not following its own guidelines on the risk associated with a volcano near to the Sendai plant."

Mioko-Smith believes that the Japanese government is acting in the best interests of big corporations that are generous donors to political parties at the national level and provide employment and sizeable subsidies to communities that permit nuclear facilities to be built nearby.

"The utilities want to use the facilities that they already have rather than spending on developing new forms of energy, while big companies want to export their nuclear technology and find it difficult if there is no nuclear energy industry at home," she said.

Jun Okumura, a visiting scholar at the Meiji Institute for Global Affairs, says it is inevitable that at least some reactors will be back in service before the year is out. "The government is completely committed to this course of action," he said. 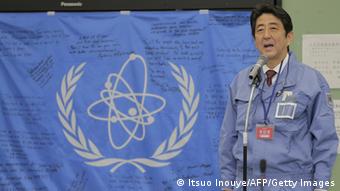 "Their first concern is energy security and even though prices for oil and natural gas are at low levels at present, there is no doubt that prices will go up again. And we have no idea what will happen in future in the Middle East," Okumura told DW.

But Japan is also a believer in climate change and as a responsible member of the international community, it is "committed to doing its part to reduce global warming, which nuclear energy contributes to," the analyst added.

And with renewable energy sources still considered unreliable, the Japanese government has a choice between fossil fuels and nuclear energy to provide its base load, Okumura said. "The Japanese government considers that it has no choice but to push nuclear, even though a majority of Japanese would express unease - as opposed to outright worry - about the continued use of atomic energy."