′Nuclear power is risky and unprofitable′ | Environment | All topics from climate change to conservation | DW | 09.03.2015 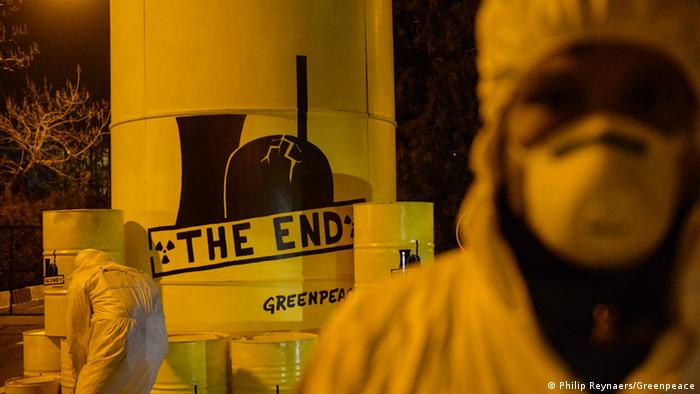 DW: Mycle Schneider, every year you publish the World Nuclear Industry Status Report. What are the global trends?

The production costs for nuclear energy have increased over the past few years. It's a dramatic development as the costs of all the other technologies, especially renewable energies, are decreasing. Renewable energies are, therefore, now real competitors. Furthermore, power demand in Europe is shrinking, and for operators of nuclear power stations, these are serious problems. 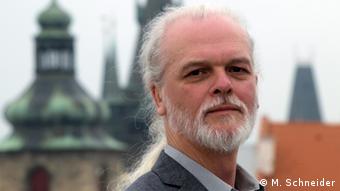 For years, the British government has counted solely on nuclear power and not put forward a reasonable energy policy. Well, nuclear energy has become more expensive now but other, more intelligent scenarios have not been developed. It's also not certain, whether or not the new Hinkley Point nuclear power plant will be built as planned. There are no signed contracts yet. But the estimated cost to generate power from these plants is about twice as high as the average price of electricity in the grid today.

What do you predict will be the future of nuclear energy in Europe?

I think Hinkley Point will never get connected to the grid. It's not even proven yet that the proposed reactor type actually works. Governments in England and France, however, have pushed the matter so far ahead that the construction might even get started one day. But I cannot imagine that in 10, 12 or 15 years from now, any nuclear power station will be completed.

Clearly, under free market economy conditions, one cannot build a nuclear power station any more anywhere in the world. That means: If a plant is built, it must be receiving high subsidies.

The average age of nuclear power stations is about 29 years. More and more old reactors are having to be shut down. Do operating companies have sufficient funds to do this?

This is a factor that is being completely underestimated. One of the biggest problems is that a lot of nuclear power plants actually would have to be shut down now. But operators shy away from that because then they'd have to open the cash box for demolition a lot earlier than expected. Some of the operators might even go bankrupt at that point.

France is a trailblazer when it comes to nuclear energy. What are the consequences of this?

There are dramatic times ahead, this is clear. France bet everything on one card, and lost. Now nuclear energy is becoming expensive. The costs are going to increase further - compared to 2012, the price of electricity will increase up to 30 percent by 2017. So despite decades of public support, after 2017 nuclear power will be pricier than power produced by the most expensive supplier of green energy, which is using 100 percent renewable energy.

What are the implications?

It's a financial time bomb with serious risks for nuclear safety. I'm really concerned. French state-owned nuclear company AREVA is building and running nuclear facilities, and it's also responsible for the nuclear fuel reprocessing plant in La Hague - which is radiologically the world's dirtiest plant. There, 500 jobs will be cut. If AREVA is technically bankrupt, money will be saved wherever possible. Radical cuts would have to be made. In La Hague, the book value of the produced substances - plutonium and uranium - is zero, and their market value is negative. Taking this plant out of service immediately would save a lot of money.

So, if the nuclear industry is going downhill, does that mean the risks are increasing?

Yes, exactly - and this worries me. Three years ago, it was revealed that in South Korea, thousands of quality-control certificates for components of nuclear power plants were faked, with plants having to be shut down. In Japan 10 years ago, there was a scandal around similar falsifications, and all 17 Tepco nuclear reactors were stopped. And then there are very recent problems: Over the past months, thousands of cracks in reactor vessels were detected in two Belgian plants.

Your report also looked at the development of the energy industry on a global scale. What can we expect to happen in the coming decades? 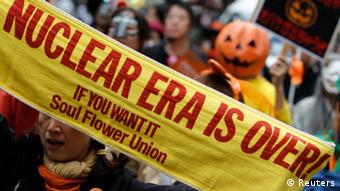 Protest against nuclear power in Japan

We are in the thick of a revolution. There are very interesting new analyses by big financial institutions, for example Deutsche Bank, Citi, Lazard, the largest Swiss bank UBS. UBS has calculated that a system including rooftop solar, a battery in the basement and an electric vehicle will be affordable for many people as early as 2020. Developments like these will completely change our energy system.

Deutsche Bank calculates that already today, homemade solar energy is cheaper in many countries than power from the grid. This means that the rules of the energy market of the future will drastically differ from those today.

What does this mean for the nuclear industry?

Mycle Schneider works as an independent consultant for governments and international organizations in the field of energy and nuclear policy. He has followed development of the global nuclear industry for the past 30 years. Schneider is the lead author and publisher of the World Nuclear Industry Status Report. In 1997 he was awarded the Right Livelihood Award.

German Economy Minister Sigmar Gabriel has ruled out supporting EU subsidies for nuclear energy projects. His comments came ahead of a meeting of energy ministers. (05.03.2015)

French utility company Areva has confirmed record losses linked to project delays and other factors. The nuclear group announced its savings targets, saying it was aiming to get out of the woods in three years. (04.03.2015)