With animals falling ill and people losing their homes and livelihoods, the 2011 Fukushima nuclear disaster underscored how important it is to have an intact ecosystem and just how difficult it is to calculate its worth. 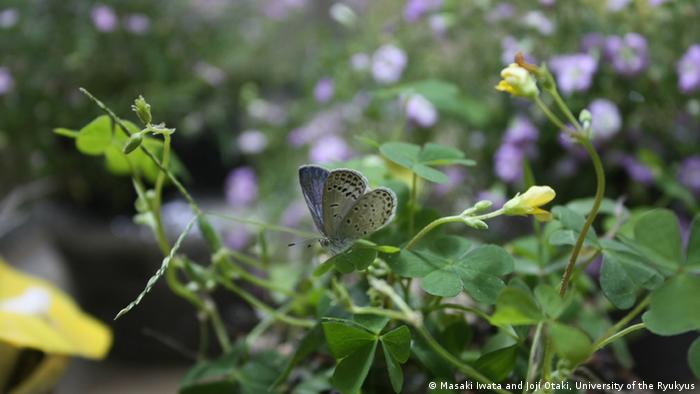 Their wings glisten blue in the sunlight as they fly around in the thousands through gardens, rice fields and vegetable patches. The “Pale Grass Blue” (Zizeeria maha) butterflies are common throughout Japan. “When human activity is okay, the butterfly can survive well,” Joji Otaki, a professor of biology at the Japanese University of Ryukyus says. But, in parts of Fukushima prefecture, neither of that holds true anymore. Both humans and butterflies aren’t in good shape. 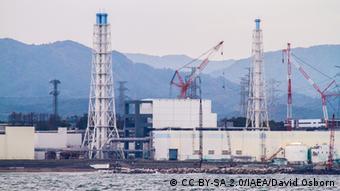 The damaged Daichi nuclear power plant is located directly on the Pacific coast. Fishing is still off limits near Fukushima

On March 11, 2011 the Fukushima Daiichi nuclear reactor on the Japanese Pacific coast was badly damaged through a seaquake and a resulting tsunami. In the wake of the disaster, radioactive isotopes were blown over Japan and its coastal waters including the region of Fukushima. Around 160,000 people had to flee their homes. The area within a 20-kilometer radius of the reactor is expected to remain uninhabitable for some time to come.

Two months after the nuclear catastrophe, biologist Joji Otaki and his colleagues undertook a research trip to Fukushima. Equipped with gloves and masks, they fanned out to investigate how exposure to radioactive material had impacted the pale grass blue butterflies. Every tenth insect was found to have dented eyes, smaller wings or asymmetrical antennae. When the accident occurred, the adult butterflies would have been overwintering as larvae. 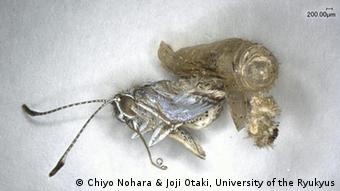 When the researchers returned to Fukushima four months later or around butterfly generations later, they found that the mutations had developed further and were evident in almost a third of the butterflies. In the laboratory, the researchers concluded that the consumption of plants affected by radiation alone was enough to make healthy butterfly larvae sick.

And butterflies weren't the only animals to be affected impacted by radiation levels in the environment. American researchers found unusual white spots in the fur of cattle and in the feathers of swallows. “The bird abundances and the bird biodiversity shows major declines in the areas of high radiation,” American biologist Timothy Mousseau says. For the past 14 years, Mousseau has been researching the effect of radiation on animals, first in the region around the damaged nuclear reactor in Chernobyl and since 2011, in Fukushima too.

In addition to the white spots, Mousseau and his colleagues also found tumors and eye diseases in some bird species around Chernobyl. They also discovered that the presence of many animals – such as bees, butterflies and birds – was greatly diminished. In Chernobyl, over time the mutations spread to an increasing number of animal species, Mousseau says.
The radiation biologist says it's still too early to tell whether Fukushima will see a similar development since the affected area is smaller and the kind of radiation a bit different.

It's difficult to calculate the value of the devastation wrought on nature by the nuclear meltdown. For one, it's not easy to put a price tag on the loss of a butterfly or an entire species even though studies such as the one by The Economics of Ecosystems and Biodiversity (TEEB) try to do just that.

On the other hand, experts fail to agree on just how greatly animals in Fukushima are really affected by the radiation. The United Nations Scientific Committee on the Effects of Atomic Radiation (UNSCEAR) has come to the conclusion that the radiation impact on ecosystems in water and on land “are generally too minimal for acute noticeable effects.”

"This is typical UN-speak,” Azby Brown from the NGO Safecast says. With a team of volunteers, the group carried out detailed measurements of radioactive contamination in Fukushima. “It would have been less ambiguous if they had said there will be almost certainly effects, but we won't be able to measure them,” Brown adds.
Timothy Mousseau too remains critical of the UN conclusions. In his view, members of the UNSCEAR committee are too reliant on models based on lab experiments rather than on observations in the wild. 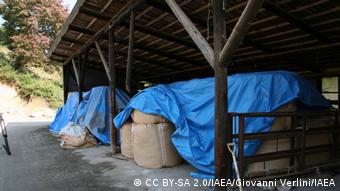 In places like Iiate, authorities are scraping off the top soil so that the land can be used for cultivation again. The radioactive soil is stored in huge sacks

While the impact of radioactivity on the animal world remains controversial, experts agree that the effect on the environmental resources used by humans is devastating. Even places of leisure, culture and spiritual have not been spared.

For instance, the tourism industry has been slow to recover since the nuclear catastrophe. The Tohoku region, of which Fukushima is a part, saw a 20-percent drop in visitor numbers, especially from overseas, in 2012 compared to figures in the year before the disaster. Even the western part of Fukushima, which was hardly affected by the incident, is struggling to attract tourists. The region is home to popular skiing areas and historic sights.

State-funded initiatives such as the “Destination Tohoku” campaign is aimed at luring back tourists with specially trained tourist guides and coupons for local businesses.

It isn't just the tourism industry that's been affected by the nuclear disaster. Many fishermen and farmers too have lost their livelihoods. With a few exceptions, fishing on the Fukushima coast is banned. Rice and vegetable fields are being decontaminated by removing the top soil layers. In the worst hit regions, residents aren't even allowed to stay on their land let alone cultivate crops. And even those who can are struggling to convince wary consumers to buy their products. 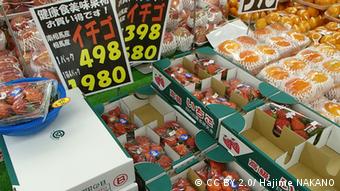 Despite stringent monitoring of radiation limits and foodstuff, a study by the Japanese consumer association found that 15 percent of those surveyed said they did not want to eat food grown in Fukushima. Among 3,000 parents interviewed in the city of Minamisoma near the nuclear reactor, almost 75 percent said they would not buy products from the region.

The government is now enlisting celebrities to run awareness campaigns. Kumiko Akiyoshi, a well-known actress in Japan is the “ambassador for the future” of the Tohoku region. She is meant to help dispel “unfounded rumors” about foodstuff from the region.

But for those affected, it will be some time before they can get their lives back on track.

The village of Iitate is located in one of the most highly contaminated areas. Azby Brown from Safecast says, before the disaster the community had evolved into a center for ecological farming.

For instance, Nobuyoshi Ito, an engineer, began to build an agricultural training center there a few years before the catastrophe. But the nuclear accident meant the plans came to a crashing halt. Ito told Japanese journalists that he sent the chairman of energy company Tepco that operated the Fukushima nuclear plant a package of contaminated Matsutake mushrooms and a bill for over 200,000 Japanese Yen (around 1,300 Euros). Ito said it was meant to make Tepco understand the value of the destroyed land and forests and get a feeling for what it meant for people to be unable to consume mushrooms from the forests anymore.

Even if Ito's message does get across and Tepco would and could foot the bill for these lost resources, there are still plenty of unanswered questions. "People who can no longer hike in the forest (...) – how do we compensate for that?" Azby Brown asks. That means most of the damage done by the nuclear disaster will remain unpaid because it's so difficult to grasp the loss and value of nature - even that of a single butterfly.

The 100 top global sectors reportedly cause $7.3 trillion of environmental damage each year. By changing how they do business, corporations can improve more than their profit margins, says former banker Pavan Sukhdev. (11.10.2013)