The military presence "is regulated by an agreement" between Moscow and Caracas, said the foreign ministry. Opposition leader Juan Guaido has rejected the deployment, saying it violates the constitution. 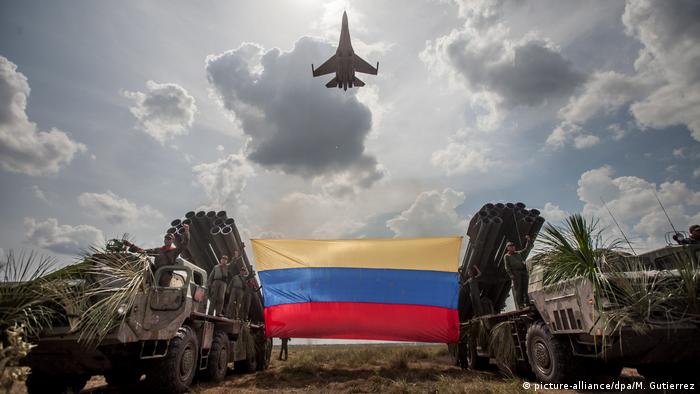 Russia on Tuesday defended its decision to deploy military personnel to Venezuela last week in a move that drew criticism from the US-backed opposition.

Moscow is "developing cooperation with Venezuela in strict accordance with the constitution of that country and with full respect for its legal norms," said Foreign Ministry spokeswoman Maria Zakharova.

"The presence of Russian specialists on Venezuelan territory is regulated by an agreement between the Russian and Venezuelan governments on military and technical cooperation that was signed in May 2001." 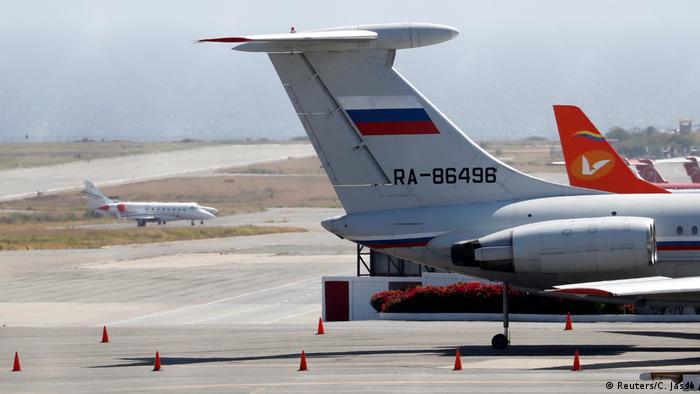 Images emerged over the weekend showing Russian military planes at a Caracas airport, with reports saying they carried 35 tons of military hardware and around 100 soldiers

'They brought in foreign troops'

Critics accused acting President Nicolas Maduro of sidelining the opposition-held National Assembly, arguing that the power to authorize foreign military missions in the country lie with the legislature.

"It seems (Maduro's government) doesn't trust its own troops, because it is importing others … once again violating the constitution," said Juan Guaido, who leads the opposition as interim president of Venezuela.

Maduro's government "didn't bring generators in those (Russian) planes, they didn't bring engineers," added Guaido, referring to the second nationwide blackout to hit Venezuela in a month. "No, they brought in foreign troops onto national soil."

US 'determined to support Guaido'

In January, then-opposition lawmaker Guaido declared himself president of Venezuela in a stunning move that undermined Maduro's authority in the country.

Washington immediately recognized him as the legitimate president of the oil-rich, cash-strapped country. Shortly after, Germany and other Western countries recognized him. But Maduro's regime continues to enjoy support from countries such as Russia, China and Turkey.

Ahead of a meeting between Fabiana Rosales, Guaido's wife, and US Vice President Mike Pence at the White House on Wednesday, US President Donald Trump's administration reiterated its support for the opposition leader.

"The United States is determined to support Interim President Guaido's leadership as he champions freedom and the restoration of democracy for the Venezuelan people," said the White House in a statement.

Trump has repeatedly said that he will not "rule out" a military option when dealing with Maduro's regime. But Brazilian Defense Minister Fernando Azevedo e Silva said his country will not consider military force, adding that he believes a peaceful solution can be found.