How millions of ′dirty dollars′ were laundered out of Venezuela | World | Breaking news and perspectives from around the globe | DW | 13.03.2019 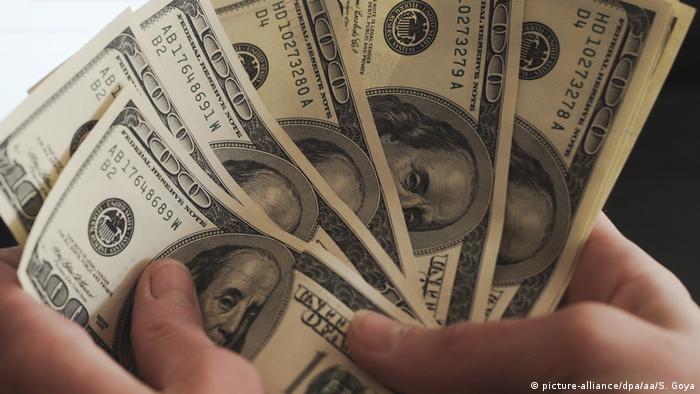 Former German banker Matthias Krull is expected to hand himself in to the Miami Detention Center on April 29 to begin serving 10 years in prison.

Krull was sentenced to prison last October, after pleading guilty to participating in a scheme to launder dirty money from Venezuela through several countries, including the USA.

Seven other people were indicted with Krull in August 2018, including "former officials, professional third-party money launderers and members of the Venezuelan elite."

But what does a German national, who lived in Panama and was employed by Swiss bank Julius Bär, have to do with such a scheme?

Die Zeit journalist Ingo Malcher met Krull in Florida in January and published an exhaustive article about the case.

Speaking to DW, he explained that Krull was just one piece of a much bigger puzzle, which revolves around Venezuela's state oil company PDVSA – Petróleos de Venezuela, S.A. – the country's main source of income and foreign currency, specifically US dollars and euros.

A number of prominent members of the Venezuelan elite were involved in the scheme. They played the country's currency system to gain money illegally – totaling $1.2 billion (€1.07 billion) in fraudulent sums.

Among them, according to US investigators, are Raúl Gorrín, a Venezuelan billionaire who owns the news network Globovision, and three stepsons of Venezuelan President Nicolas Maduro, also referred to as "los Chamos." The three have not been indicted. 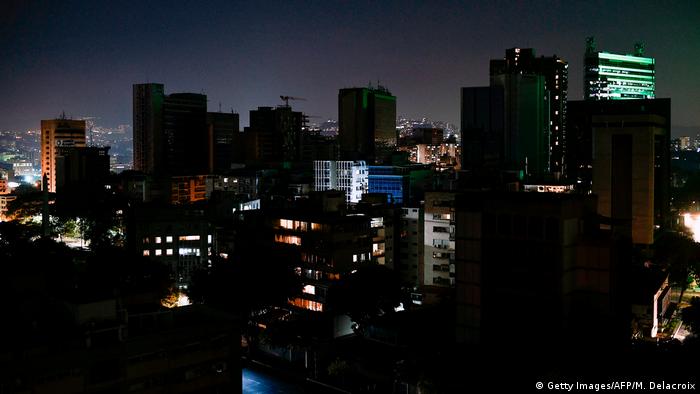 As the citizens of Venezuela suffered from the severe economic crisis, fraudsters profited from the chaos

How did the embezzlement work? It took advantage of Venezuela's currency exchange rules.

"There are two exchange rates in Venezuela: the national currency, the bolivar, and the US dollar," Malcher told DW. "The rate of the bolivar to the US dollar is fixed by the central bank."

But not everyone can convert bolivares into dollars, and vice-versa. Only a few companies can operate an official conversion from bolivares to dollars – including PDVSA.

All those who don't have access to official exchanges must operate on the black currency market, which has very different rates than the official ones.

Bolivares have a much higher value at the official exchange rate than at the black market rate – and the group of fraudsters reportedly exploited both the official and unofficial currency exchange systems.

"The fraudsters had dollars," Malcher explained. "With the dollars, they bought bolivares on the black market. They then gave a loan to PDVSA, which paid them back at the official exchange rate" – which resulted in them having many more dollars than what they started out with.

This allowed the group to increase their initial investment tenfold.

This is when Krull came into play. According to investigators, starting in 2016, he was tasked by one of the co-conspirators to launder a portion of the embezzled money. He reportedly was able to clean $60 million (€53 million), and received $600,000 (about €534,000) in commissions for it.

Krull was not the only person involved in money laundering for the group – an operation which involved different means and countries.

"A great many different models were chosen," Malcher told DW. "We know that a very large part of the money first went to Malta, namely to shell companies which had 'nominee shareholders,' strawmen to whom the companies belonged – but only on paper."

"From Malta, they then reportedly invested this money in different businesses. For example, they invested in bonds issued by a company, or they reportedly invested on a grand scale in real estate in Spain. Or they transferred it through so many banks that the sender was no longer recognizable," Malcher said.

In February, after a tip-off from US investigators, authorities in Bulgaria blocked transfers from a series of suspicious bank accounts that received millions of dollars from PDVSA.

The case appears to not be directly related to Krull's scheme. The bank accounts were opened by an individual with multiple citizenships, including a Bulgarian one, at a small, unnamed Bulgarian bank.

According to Malcher, people looking to launder money usually look for countries with weak banking supervision and stable currency to clean their dirty funds.

"Countries like Bulgaria, but also countries like Germany, are target countries for this kind of money," Malcher explained. "If you have to hide money gained through corruption somewhere in the world, of course, a lot of countries come to mind."

Investigators are now looking at all transfers in and out of the suspicious accounts.