With opposition chief Juan Guaido calling for street protests this week, DW spoke with his ally Maria Corina Machado, the founder of the liberal Vente Venezuela party, about the movement to oust President Nicolas Maduro. 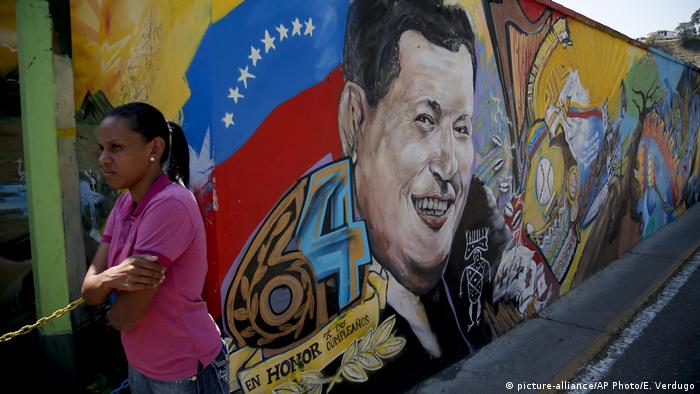 Maria Corina Machado: We're already past the tipping point, after which it's harder for Maduro and his followers to stay than go. From my perspective, how long he has left isn't measured in days, weeks or months, but in numbers of people killed. The world must understand the urgency. Every day, Venezuelans die from hunger, lack of medicine or government violence.

Read more: Guaido will meet with Brazil's president on the way home

But the military is sticking by Maduro. 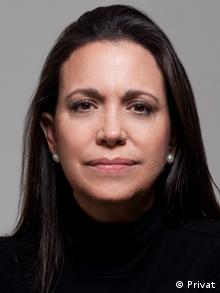 Machado is one of the country's most influential opposition leaders

Some in the international community, especially the United States, are trying to put pressure on soldiers to change sides and ally themselves with Juan Guaido, who has declared himself interim president. What can or should countries such as Germany do?

A lot. Perhaps many people in Europe think that Venezuela is far away and what happens here has nothing to do with Europe. But organized crime, money laundering and illegal transactions are problems that also threaten European democracy and the West's security. European countries need to get Maduro to understand that his time is up. A country like Germany, which itself knows the tragedy of totalitarianism, has a lot of moral authority — not only as a leader of Europe, but of the entire Western world.

Would you say Maduro's predecessor, Hugo Chavez, was wrong to lead his Bolivarian Revolution?

Hugo Chavez drove a wedge into Venezuelan society. He destroyed its democratic institutions and let in criminal networks. He brought about the worst poverty in Venezuela's history and made Nicolas Maduro his successor. If we lay everything out in the open, it's clear that he is chiefly responsible for the largest embezzlement scheme in world history, plundering $600 million.

About 20 percent of the country does not share that view. How would Chavistas be integrated into Venezuela's political and societal future?

There are fewer every day. Just look at how many people are afraid to take part in opinion surveys. To get a bag of groceries, which is sometimes all a family has, is dependent on your loyalty to the regime. If the regime suspects you're not, you are denied this food. That's why I'm certain that the number who identify with this system is today much less than 20 percent. As far as integration: It's our obligation to a future Venezuela that every citizen, regardless of their ideas, is part of Venezuela, and that we start a reconciliation process. But first there must be justice. We don't want revenge, but we don't want clemency, either. Only after there's justice and repentance can there also be reconciliation and forgiveness.

Would you support Guaido as president?

From the very beginning, I've said that Juan Guaido rightly fulfilled his duties and responsibilities by invoking Article 233 to name himself interim president. The next step is a transitional government, which would be faced with enormous challenges: economic crisis, humanitarian catastrophe and the absence of domestic security. Juan Guaido needs all the help he can get, because a transition government must have broad popular support — including from those who once supported Maduro and Chavez. Above all else, such a transitional government must create the conditions for free and secure elections.

This may be a decisive year for Venezuela's future. How might history look back at this time?

Two thousand and nineteen will go down as a year of liberation for Venezuela. The mafia system heralded by Maduro — which has brought only corruption, poverty and death to the country — will break. Venezuela will leave this period behind and move into a rightful phase of growth, unfettered development and freedom.