Foreign Minister Heiko Maas has said Germany's support for Maduro's rival, Juan Guaido, won't be affected by actions against Berlin's ambassador to Venezuela. For the time being, the diplomat is headed back to Germany. 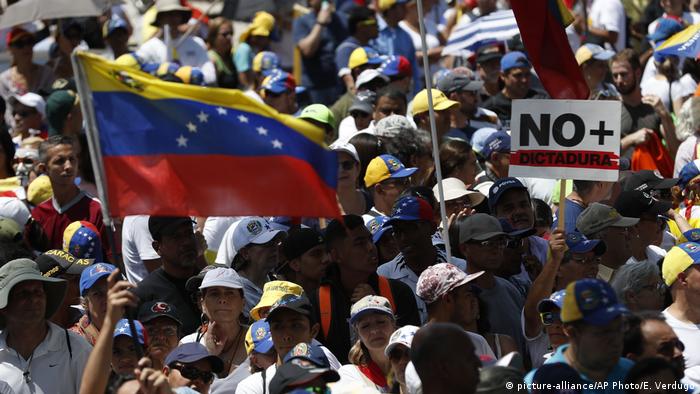 On Wednesday, the Maduro government declared Kriener a persona non grata. Previously, the German ambassador had greeted Guaido upon the latter's return to Venezuela after meetings with leaders and supporters in neighboring countries. Maas said Kriener had acted on explicit instructions from the German Foreign Ministry.

"It was my express wish and request  that Ambassador Kriener turn out with representatives of other European nations and Latin American ones to meet acting President Guaido at the airport," Mass told reporters. "We had information that he was supposed to be arrested there. I believe that the presence of various ambassadors helped prevent such an arrest."

Maas also stated that he had recalled Kriener to Berlin for "consultations" and that he would arrive back in Germany on Saturday. But German foreign policy experts are outraged at Maduro's behavior.

"The goal has to be to return Ambassador Kriener to Caracas quickly so that he can continue his important work," said conservative foreign policy spokesman Jürgen Hardt in a statement. "Germany is firmly on the side of the legitimate interim president, Juan Guaido. Germany supports his plans to return Venezuela to the basis of its own constitution, clear the way for free and fair presidential elections and rebuild the country's devastated economy." 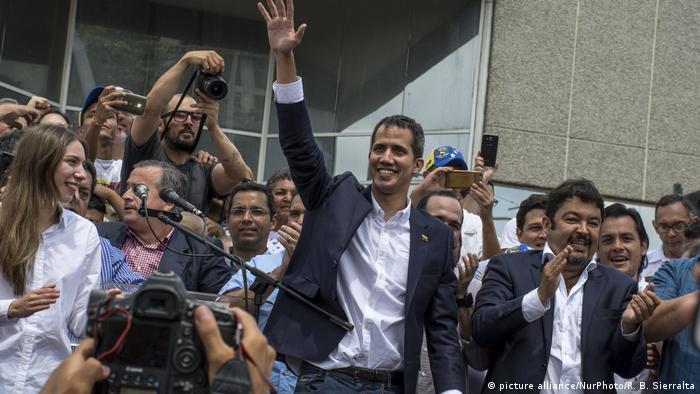 A rare case for a German diplomat

The expulsion of diplomats is not a particularly unusual occurrence in the larger international context. During the Cold War, the Soviet Union and the United States regularly declared the other side's representatives to be personae non gratae.

More recently, Britain and other Western countries told scores of Russian diplomats to return to Moscow after the poisoning of Sergei and Yulia Skripal on British soil. But German diplomats have rarely been expelled.

Ambassadors enjoy diplomatic immunity and cannot be arrested. The only sanctions they face is being declared personae non gratae and told to leave their host countries. They then have 48 hours to go or risk losing their diplomatic status. 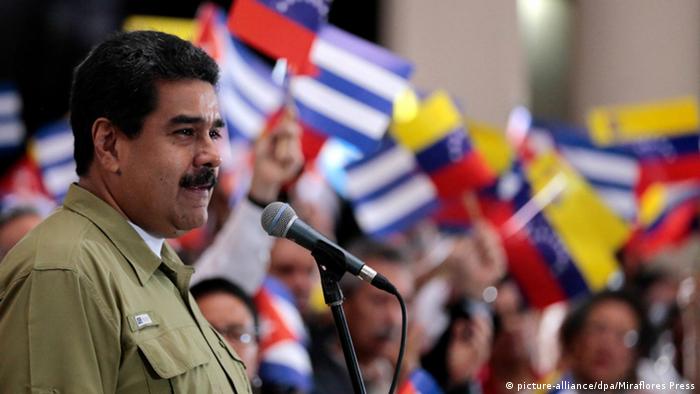 Russia and China have lined up behind Maduro, while the West supports his rival

In an interview with German news magazine Der Spiegel, Guaido said the expulsion of Kriener was an act of desperation on Maduro's part.

"He's trying to fool the public into thinking he still has power by expelling an ambassador," Guaido declared. "But he's only hurting  himself. The regime is isolated and isn't recognized by its neighbors and Europe, I hope Europe will react vigorously to this serious threat."

The 56-year-old Maduro has ruled Venezuela since 2013 and was re-elected in 2018 in a national poll. But the vote featured a record low turnout, and many observers inside and outside Venezuela regarded it as illegitimate and undemocratic.

The opposition-led Venezuelan National Assembly declared the result null and void and appointed its head, Guaido, as interim president. Maduro claims he still has the right to continue to lead Venezuela. Critics accuse Maduro of trying to establish himself as a virtual dictator.