The Venezuelan president has told the armed forces to be on guard after reports emerged that Donald Trump had raised the idea of an invasion. But the idea was shot down by officials, according to the report. 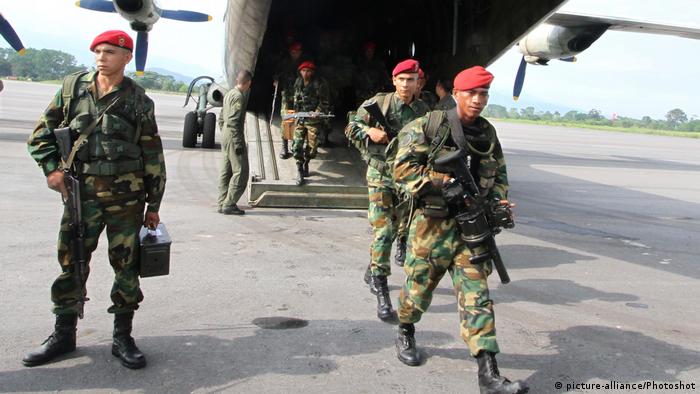 "You cannot lower your guard for even a second, because we will defend the greatest right our homeland has had in all of its history, which is to live in peace," Maduro said. "A military intervention on the part of the US empire will never be a solution to Venezuela's problems."

Maduro alluded to a report by The Associated Press that Trump had asked his aides why the US couldn't simply invade Venezuela. According to the report, former State Secretary Rex Tillerson and ex-national security adviser H.R. McMaster took turns explaining the possible fallout.

Both officials are no longer at the White House.

The report also detailed a meeting between Trump and four Latin American leaders in which the US president raised the idea, only for it to be rejected by his counterparts. The White House has refused to confirm the report's validity, saying it will not comment on personal conversations. 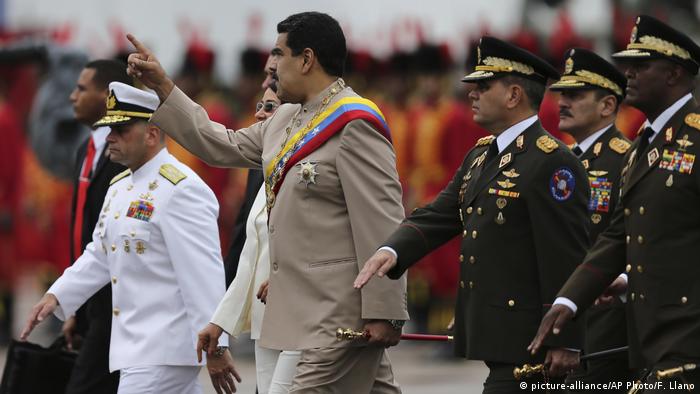 Last year, Trump told reporters that he was "not going to rule out" a military option, saying it was "certainly something that we could pursue."

"We have many options for Venezuela, including a possible military option if necessary," Trump said in August.

Maduro responded at the time by calling on the international community and Pope Francis to "help us prevent Trump from sending troops to invade Venezuela."

Trump has described Maduro as a "dictator," saying he should no longer be in power. Under Maduro, Venezuela has witnessed a significant deterioration of human rights and the erosion of democratic institutions.

More than 130 people were killed and hundreds more injured in 2017, when a Supreme Court order to strip the opposition-held National Assembly triggered months of anti-government protests. Venezuela has continued to struggle with exorbitant inflation and chronic shortages of basic supplies, including food and medicine.

Can Germany be a new home for young Venezuelans?

Propelled by a worsening political and economic crisis, more than a million Venezuelans have emigrated across the globe in search for a better life. DW talked to two young Venezuelans living in the city of Cologne. (18.05.2018)