Foreign Minister Arreaza: ′In Venezuela, we don′t accept′ US interference or opposition aggression | In Depth | DW | 28.05.2018

Venezuela is mired in crises. Foreign Minister Jorge Arreaza spoke to DW about how the opposition and the US have brought the country to the brink of ruin and why Maduro's government backs socialism. 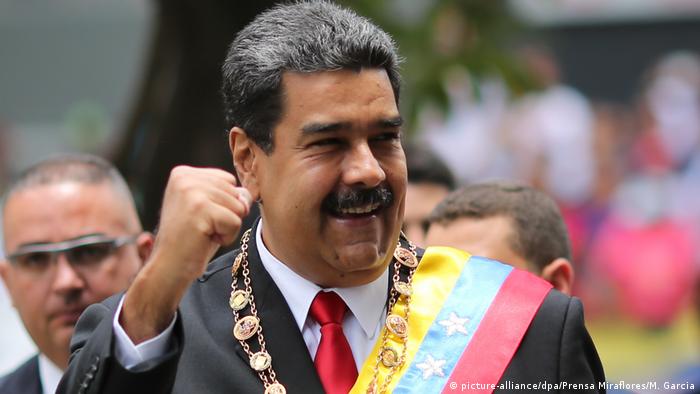 Deutsche Welle:  Let's begin with the electoral results and voter participation. Venezuela appears to have seen the lowest participation rate since the start of the Revolution. How do you explain this?

Foreign Minister Arreaza: This was a difficult election held in the middle of not only a boycott from the opposition, but also an internal aggression against our economy, against the Venezuelan people. But of course there's also external aggression from the US and from the governments that are subordinate to the US government.

When you see on TV that 14 countries in Latin America and the US government and the EU believe that these elections aren't fair, then of course that has an effect on the people. If you listen to the leaders of the opposition saying that they will not participate in the election,  you might even think,  why should I vote if President Nicolas Maduro already won? I will support Maduro, but why should I go to vote  if he has already won? And in spite of that, our voter participation corresponds to the average participation rate  Latin America. And other countries haven't seen a boycott likes ours. If this had happened in Chile or Columbia the participation figure would have been 10 percent. So here we have almost half of the registered voters and the US did everything it could do to stop the people from voting.

You mentioned Latin America and the US. All of these countries claim that the vote was unfair and undemocratic.

It's very strange because, first of all, it's the elites – not our neighboring countries –  who are responding to the interests and orders of the elite in Washington. The people in Latin America don't have anything against Venezuela or the Bolivarian Revolution. So what we saw is people predicting the future saying that the elections wouldn't be fair months before the elections were even held. What they did was create the conditions to then say that the elections were unfair. The electoral system in Venezuela is the best one, maybe in the world. 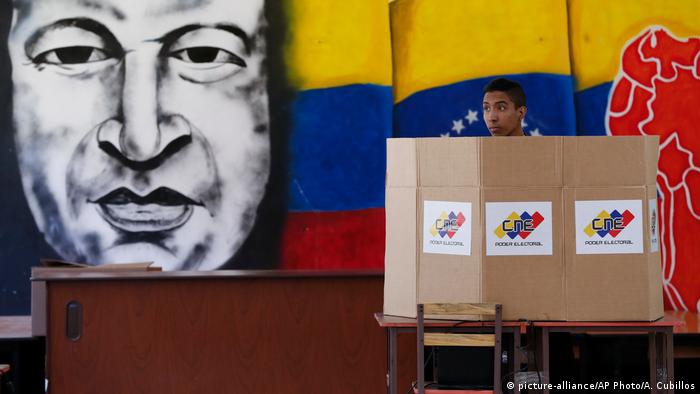 There have been reports that small stations called "red points" were set up on election day where people were given food in exchange for proving that they had voted.

That is not true. There is not absolutely proof of that. These stations are traditionally used by both sides in Venezuela. The opposition set up "yellow points" during the 2013 elections. It's also very common in other Latin American countries. In Costa Rica, for example, the political parties are inside the electoral centers.

How do you imagine the future with the US after the diplomatic sanctions? You have already expelled two US diplomats.

It is the least we can do. They have tried to impose what it are usually refered to as "sanctions." The only goal is to make you do what they want you to do. This is what has happened with Iran, and with other Asian and African countries. And this is harming Venezuela and its economy. It's difficult for us to buy medicine and food. It's difficult for us to get our oil pay back, our oil which is sent by ships. It's difficult to know when they are going to pay for the oil because the banks don't want to work with the Venezuelan state and companies. The charge d'affaires, Todd Robinson, was a political actor during in recent months. He pressed the opposition not to participate in the elections. He pressed the candidate Henri Falcón to withdraw  before the elections. The US embassy has done this before in every single country. But here in Venezuela we don't accept that. 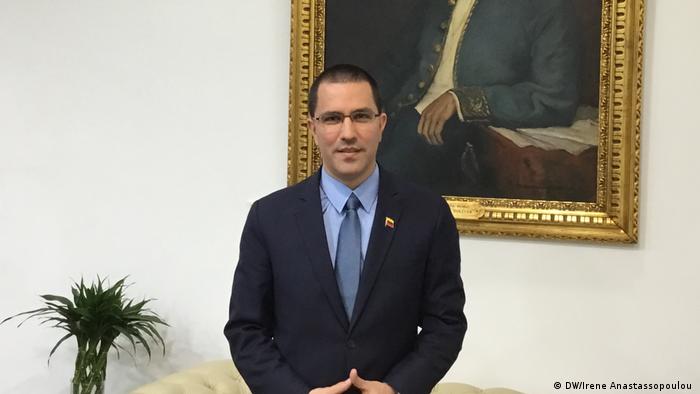 Are you still open to dialogue with the US?

If the US  respects international law and our country,  we can have a dialogue with whom ever. They are the ones who do not respect us. We even respect President Trump. It's their problem, their sovereignty, their people who have chosen him. But if he attacks us,  we have to respond.

President Maduro said in the National Constitutional Assembly that Trump looks like a member of the Ku Klux Klan.

A US senator said that the world would accept an armed coup d'etat by moving President Maduro out of the country. Are you afraid?

Latin America is used to this. Whereever the US is in Latin America and the Caribbean, it tries to make the governments do whatever it wants. This has happened before but we aren't afraid. It's a part of their history. They tried it for 60  years with Fidel in Cuba. That's why we have to defend our sovereignty. 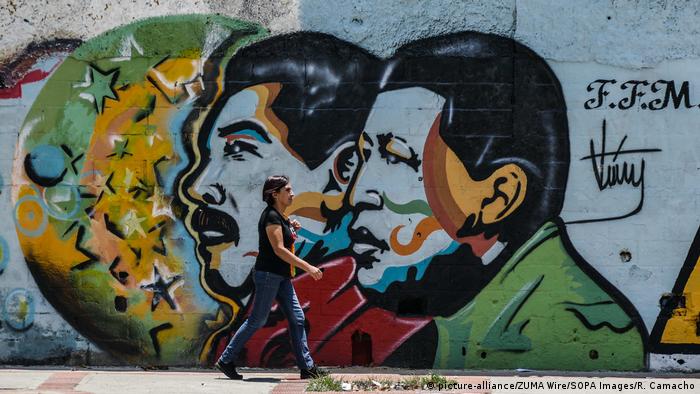 We are seeing a mass exodus of young qualified people leaving the country. There is also huge economic problem and a humanitarian emergency. Don't you think it's the right time to change Hugo Chavez's economic model?

The economic sector that we have in Venezuela emerged through capitalism. The property of Venezuelan companies is almost the same as before the Revolution. This is not socialism – we are far from socialism. We have not proved the socialist model, we have only made some decisions and taken some steps, but we are far from our goals because the capitalist sector is against that model. That's why we have these problems in our country.

We believe that the private sector is very important in the socialism that we are trying to build. But if the private sector wants to stage a coup and wants the people to be poor, it is not allowed to play the game. During the coup in 2002, they appointed the head of the commerce chamber president. The private sector and the opposition are the same internally. Those are the people that have taken to the streets and have killed people, destroyed public buildings and private property. They have affected the economy. They are against our model and don't play fair. They don't respect the law. If that are willing to respect the law, then we invite them even to be main players in the future of Venezuela. If they want to keep on trying to make the people suffer and to remove the president, then they are out of the game. There is only one direction, we have a project, the Homeland Plan, "El plan de la Patria." The private sector is included, if they want.

The EU expects the release of political prisoners.  What are you going to do?

In December, more than 60 of these criminals were released and now President Maduro is also taking the steps to prepare for more releases. I'm sure that most of the people who are interested in Venezuelan news weren't aware of this.  Our good actions are censored by the international community. In the National Constitutional Assembly we have a Peace, Dialogue and Truth Commission and we are examining every case separately with judicial power.

I have heard Maduro tell the Assembly:  "We are not doing things right, transformation of the leadership, of the Revolution is necessary."

The Venezuelan Revolution has always been based upon self criticism. Comandante Chavez had three R's: revision, rectification and reinvigoration of the party. What President Maduro is saying is true. We have great tools: We protect the Venezuelan people; we are building more than 2 million housing solution; we are giving people subsidies directly; we protect children and the elderly; we have free health and education. But we have to do it better.

EU foreign ministers have agreed to "swiftly" adopt new sanctions against Venezuelan officials close to President Nicolas Maduro. This after elections it said had failed to comply with "minimum international standards." (28.05.2018)

The US State Department has expelled two Venezuelan diplomats after Caracas sent home two representatives of Washington. Venezuela's initial move came in response to new US sanctions on the country. (24.05.2018)