Russia and China to reduce use of US dollar in trade | World | Breaking news and perspectives from around the globe | DW | 11.09.2018

Russia and China to reduce use of US dollar in trade

Neighboring giants Russia and China plan to use their own currencies more often in trade deals as relations with the West decline. The Russian president indulged in pancake diplomacy with his Chinese counterpart. 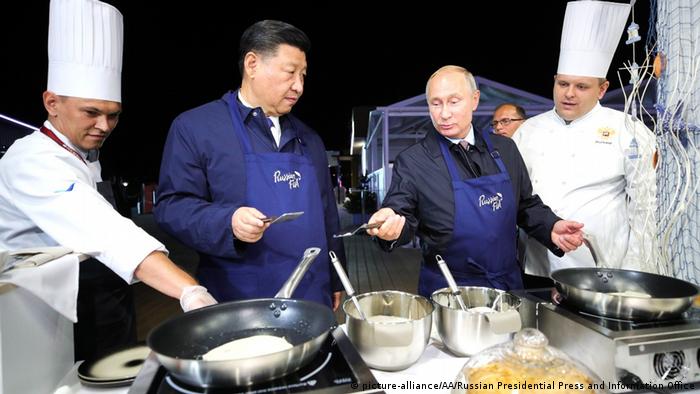 Moscow and Beijing plan to use their own national currencies more often in trade deals, Russian President Vladimir Putin told reporters on Tuesday. "The Russian and Chinese sides confirmed their interest in using national currencies more actively in reciprocal payments," Putin said at a joint news briefing with Chinese Leader Xi Jinping after talks at the Eastern Economic Forum (EEF) in the Russian city of Vladivostok.

Putin said this would "increase the stability of banks' servicing of export and import operations while there are ongoing risks on global markets." 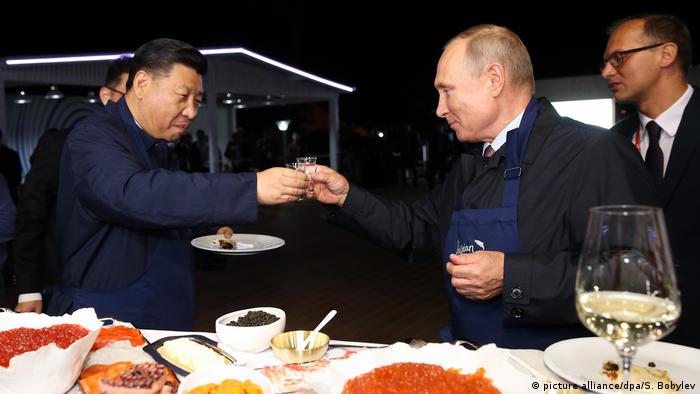 In a show of good relations between the two allies, Xi was treated to pancakes with caviar and shots of vodka by his host.

Russia is increasingly looking to China for investment after a sharp decline in relations with the West after the 2014 annexation of Crimea from Ukraine and support for pro-Russian rebels in eastern Ukraine.

China is seeking allies amid growing criticism of its militarization of the South China Sea and continued accusations of human rights breaches and unfair trade practices.

President Xi Jinping said on Tuesday that Russia and China should work together to oppose trade protectionism and what he called unilateral approaches to international problems.

"In a rapidly changing international situation with growing instability and unpredictability, cooperation between Russia and China takes on even more importance," said Xi. 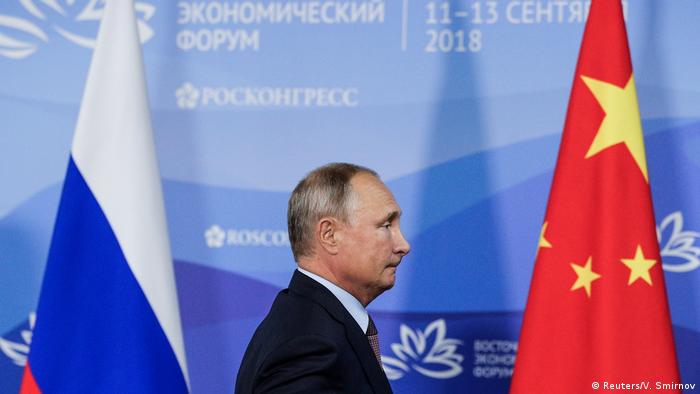 Meanwhile Russia began its largest military training exercises since the Cold War on Tuesday. The Vostok 2018 military drills will continue until September 17 and will include a contingent of the Chinese People’s Liberation Army. The military training operation is set to eclipse the Soviet Union's largest-ever exercise, held in 1981.