At a regional Eurasian summit, the presidents of Russia and China have promised to work towards global cooperation. Russia's Putin also signaled a desire for a one-one-one with US President Donald Trump. 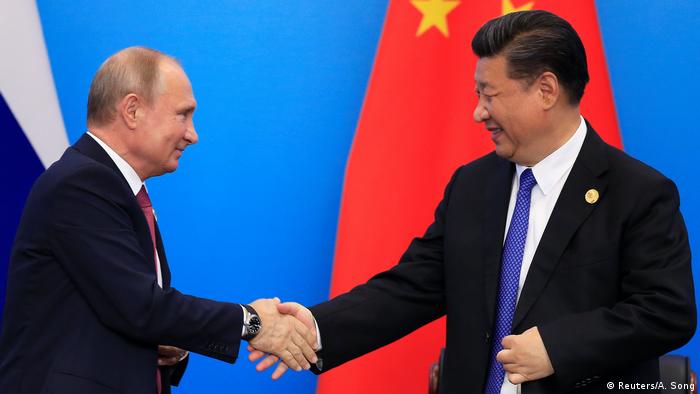 As the G7 meeting in Canada ended in bitter disagreement, the leaders of Russia, China and other Eurasian nations were all smiles on the second day of the meeting of the Shanghai Cooperation Organization (SCO) in the Chinese city of Qingdao on Sunday.

Alluding to US President Donald Trump's recent spate of adversarial behavior towards his allies, including the imposition of tariffs and a withdrawal from the Iran nuclear deal, Chinese President Xi Jinping said "unilateralism, trade protectionism and a backlash against globalization are taking new forms."

Xi also spoke of the need for world governments to pursue "cooperation for mutual benefit…. We should reject self-centered, shortsighted and closed-door policies."

Russian President Vladimir Putin praised the inclusion of India and Pakistan, saying that the organization "has become even stronger."

Xi and Putin's statements were in stark contrast to the discord at the G7, where Trump called Canadian Prime Minister Justin Trudeau "dishonest" and "weak," refused to sign a group agreement about climate change, and would not budge on steel and aluminum tariffs. 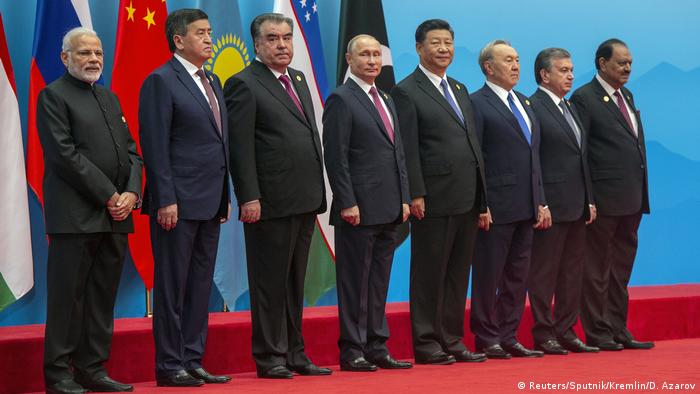 Putin mentioned Trump directly on the sidelines of the SCO, saying he would like to set up a meeting with his American counterpart: "As soon as the US is ready, the meeting can take place."

The Russian president said that several nations, including Austria, had expressed interest in hosting the talks.

The complicated relationship between Washington and Moscow took another unexpected turn at the G7 meeting in Canada, when President Trump expressed a wish to invite Russia back to the table and bring back the G8 format. This had ended after Russia's annexation of Ukraine's Crimea peninsula in 2014. Trump's suggestion was not received warmly by other members of the group.

Putin remarked that the G7 should "stop this creative babbling and shift to concrete issues related to real cooperation."

China's People's Daily newspaper mocked the difference in tone between the G7 and the comparatively pleasant SCO summit by juxtaposing the image of Trump's angry allies staring him down with a picture of SCO leaders striding happily alongside one another.

"G7 vs. SCO: two meetings on the same day," the paper chided.

Five of the G7 nations, minus the US and Japan, have agreed to make plastic waste recyclable by 2030. Will the world's industrialized countries finally seize the moment and commit to beating plastic pollution together? (08.06.2018)