Russia accuses US of downplaying Soviet role in WWII 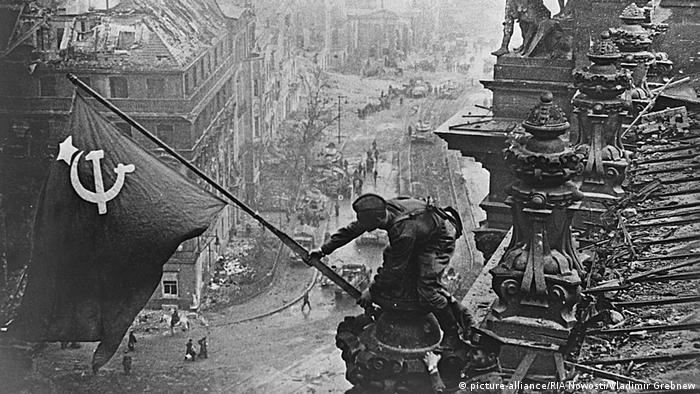 Russia accused the United States on Sunday of not recognizing the contribution the Soviet Union made in World War II, saying it wants "a serious conversation" on the issue.

"We are extremely indignant at the attempt to distort the effect... of our country's decisive contribution," Russia's foreign affairs ministry said in a statement.

A statement from Washington, which was posted on Facebook this week, to mark the 75th anniversary of Victory Day, only mentioned the United States and Britain as victors over Nazi Germany.

"American officials have neither the courage nor the will to pay homage to the undeniable role and the huge death toll suffered by the Red Army and the Soviet people in the name of all humanity," the Russian statement continued.

Calling the White House's statement "particularly petty," Moscow urged Washington not to make this "a new problem for bilateral relations, which are already going through a difficult time."

Moscow also accuses Western Europe, Poland and Ukraine of downplaying its role in the conflict.

Russia and its post-Soviet neighbors marked the 75th anniversary of the end of the war in Europe on Saturday, but without the usual military parade due to the coronavirus pandemic.