Russia and other former Soviet states have marked 75 years since the end of World War II. Ceremonies were subdued — with one exception. Belarus pushed ahead with a huge military parade in Minsk. 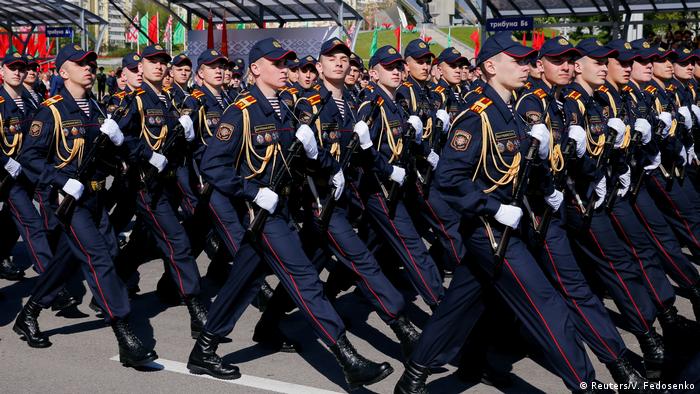 Tens of thousands of people lined the streets of Minsk in Belarus on Saturday, despite the global coronavirus pandemic, to commemorate the country's Victory Day parade marking 75 years since the end of World War II.

With most of the world in some kind of lockdown, including social distancing measures, Belarus, which has been led by authoritarian President Alexander Lukashenko for over 25 years, organized a parade of over 3,000 members of the armed forces in its capital. 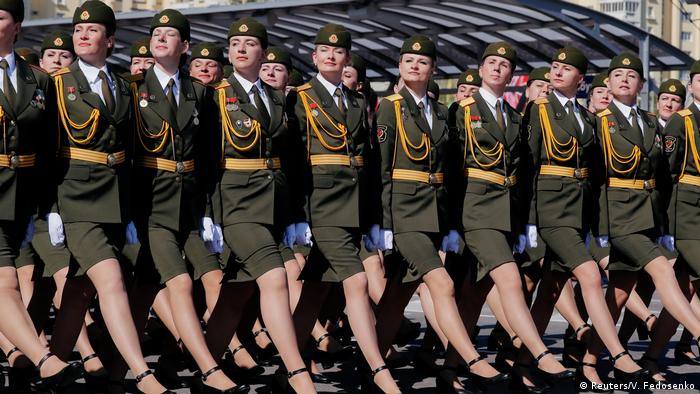 Lukashenko has dismissed the coronavirus as a "psychosis." Indeed, Belarus is one of the only European countries not to have put any restrictions on public life in place and this week announced that presidential elections will take place regardless of the pandemic.

Thousands of spectators, including elderly World War II veterans, lined the parade route in Minsk, with few face masks to be seen.

Earlier in the week, a spokesman for Russian President Vladimir Putin expressed concern that the former Soviet state and close ally to Russia planned to go ahead with the parade. "We hope it will not lead to some kind of explosive increase in the number of infected," Smitry Peskov said. Belarus has officially recorded 21,101 cases and 121 deaths from COVID-19.

Putin: 'Invincible when we stand together'

Meanwhile, President Putin called for Russians to stand together during subdued Victory Day commemorations in Moscow.

Plans for a large military parade in the Russian capital were postponed owing to the coronavirus pandemic. However, an air show was watched by small groups of people.

"We know and firmly believe that we are invincible when we stand together," Putin said in a televised speech.

"Our veterans fought for life, against death. And we will always try to live up to their unity and endurance," he added.

Putin was due to preside over 15,000 troops in Moscow's Red Square, with foreign dignitaries and veterans also invited. Instead, Putin cut a solitary figure as he laid roses at the The Tomb of the Unknown Soldier, a war memorial dedicated to Soviet soldiers killed during World War II. 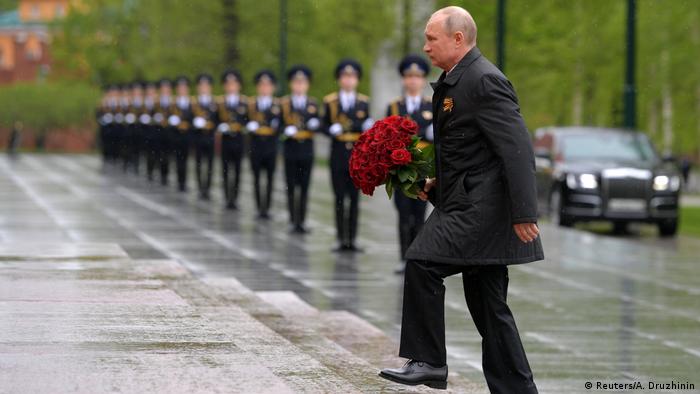 Russia has reported over 10,000 new cases of coronavirus every day for the last week, seeing the number of infections skyrocketing to almost 200,000.

Former Soviet states commemorate the end of World War II in Europe a day after western European countries because Germany's surrender was officially signed at 11 p.m. on May 8 1945, by which time it was after midnight in Moscow.

The traditional "subbotnik" community clean-up went ahead with millions of people, including doctors and nurses. Belarus' president previously called the virus a "coronapsychosis." (25.04.2020)

After WWII, German POWs were enlisted to rebuild France

After Germany's surrender in May 1945, millions of German soldiers remained prisoners of war. In France, their internment lasted a particularly long time. But, for some former soldiers, it was a path to rehabilitation. (08.05.2020)

People from more than 60 nations fought in World War II. In an ongoing project, Jonathan Alpeyrie set out to collect their images and testimonies without pretense to judge or criticize their actions or decisions. (08.05.2020)