India's water crisis has worsened over the past couple of decades, as an increased number of rivers dry up. But several non-governmental organizations are working to restore them. Murali Krishnan reports. 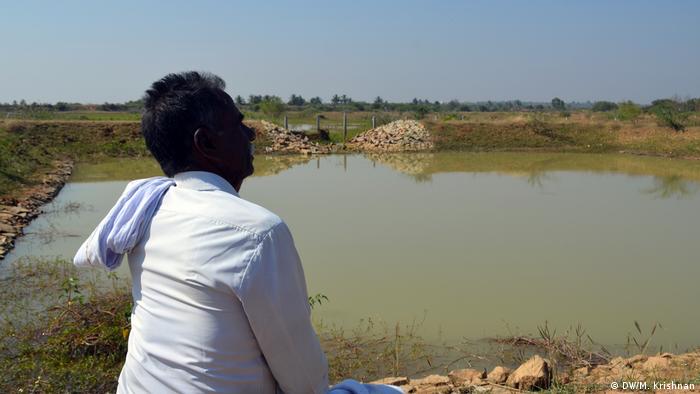 Veerbhadraya, a 54-year-old farmer from Adi Hoshahalli village in the southern Indian state of Karnataka, grows three crops a year and has enough water for his livestock. He says he has tripled his income in the past four years.

"My two-acre farm is next to a lake that used to be mostly dry and we never got water from the wells. But things have changed drastically in the past few years and now the water is in abundance," Veerbhadraya told DW.

The villagers in Kaiwara near the state capital Bengaluru have experienced the same transformation. In scores of villages adjacent to the Kumudvathi tributary that flows into the Cauvery river, groundwater levels were decreasing rapidly few years ago.

"It was impossible to make both ends meet three years ago. We wanted to give up farming and migrate to some other place. But now there is plenty of water for us. The lakes are full, so are our wells," said Kempamma, a villager.

The change in fortune for these villagers is due to relentless efforts by some non-governmental groups to restore rivers and manage water effectively.

Several studies have pointed that at least 54 percent of the Indian agricultural land has become severely water-stressed with many rivers rapidly drying up. In 15 years, India would have only half the water needed for survival and could be facing an acute water crisis if no preventive measures are taken, said a government study.

Experts believe the rivers are drying up not because of rain shortage but due to a disruption in the natural groundwater recharge mechanisms that disabled rivers from replenishing themselves.

"Rivers are fed by little streams that emerge from the hills, and these water streams have depleted. We need an integrated approach to protect our rivers," Dr Lingaraju Yale, a geo-hydrologist, told DW.

"If we don't act fast, we will see a bigger water crisis in the country in the coming years," added Yale. 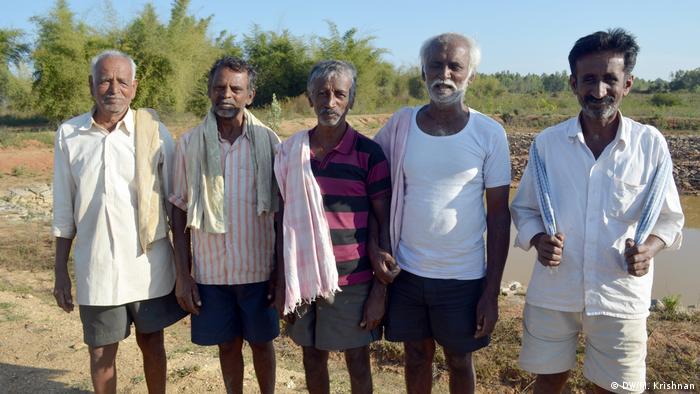 As one of the foremost experts on natural water resource management in India, Yale and his the Art of Living Foundation are working to come up with a long-term solution to revive 33 rivers in four states - Maharashtra, Karnataka, Tamil Nadu and Kerala.

"As proof of concept, we tested our methodology in several parts of Karnataka and the results are positive. We have to scale up our efforts though. Regulation and management of ground water on the basis of aquifer mapping with active participation of farmers is critical in this regard," Ravindra Desai, director of the project, told DW.

To increase groundwater levels, it is necessary to check soil erosion and slow down the movement of water. This has been achieved by installing or constructing three types of structures - boulder checks, recharge injection wells and water pools.

Finally, water pools are constructed at the junction of the water stream and tail end of the water spread area of irrigation tanks. These are designed to reduce evaporation rates caused by the sun and wind so that more water percolates downwards.

The impact of the river restoration projects has resulted in improvements in groundwater levels in the 7,500-square kilometer implementation area, over 65 percent of which was classified semi-critical, critical or overexploited by Groundwater Surveys and Development Agency.

"Satellite technology has helped in a big way. We are able to accurately identify water harvesting structures and bore wells with the help from geological mapping," says S K Subramanian, a former scientist for the Indian Space Research Organization.

100,000 without drinking water in the Maldives

In the southern state of Tamil Nadu, DHAN Foundation, a non-governmental organization trying to revive Pambar and Kottakariar rivers, started revitalizing the water management system in the area that rejuvenated bore wells and ensured drinking water to over 15,000 families.

In the western state of Rajasthan, Tarun Bharat Sangh, an NGO led by Rajinder Singh, has transformed an area in the arid Alwar district by retaining rainfall, recharging wells and revitalizing the streams.

Many villagers, such as Veerbhadraya and Kempamma, have benefited from these initiatives. Experts, however, feel a holistic approach with the involvement of the government is needed to replicate the success countrywide.