Protests that crippled India's capital have ended, but water to New Delhi will not be fully restored for up to two weeks after rioters damaged part of a canal. The disruption highlights the city's vulnerability. 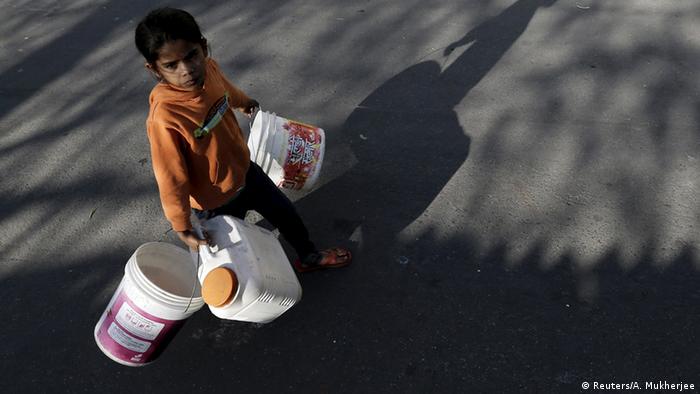 Partial water supplies started flowing in New Delhi on Tuesday a day after the military took control of a water canal and protestors in neighboring Haryana state ended nearly a week of protests that left 18 people dead and more than 200 wounded.

After deploying the Indian army and giving police orders to shoot rioters without warning, the protests died down on Monday after the state government agreed to Jat demands for quotas for government jobs and university spots as part of India's affirmative action system for castes.

New Delhi's water board is now scrambling to fix the canal and provide water to the city's 18 million residents as the army and engineers try to fix damage to the canal. 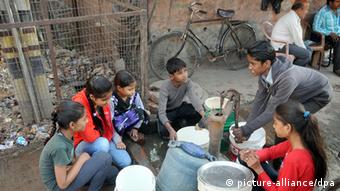 A quarter of New Delhi's residents get water from wells.

Delhi water minister Kapil Mishra warned that supplies to the city would remain limited until the Munak canal was repaired, a process that could take up to two weeks.

Authorities have deployed 70 water tankers to the west of the city to deliver water, while partial supplies had been restored to north and central Delhi, he said.

Schools, which were closed during the crisis, were reopened on Tuesday.

Many households across the city were without water and were rationing supplies, with the north, west and south parts of the city most affected. The water crisis has hit those in poor neighborhoods and slums particularly hard.

According to local media, about half the city's normal water supply was available.

Some neighborhoods have pipes that supply water while others rely on tanker deliveries or tap into aquifers that have been shrinking for years as the city's population expands.