Alarmed by the prospect of a water shortage in Delhi, politicians praised the army's move, calling it a "great relief." But Jat caste leaders have vowed to continue protesting, prompting fears of a widening fallout. 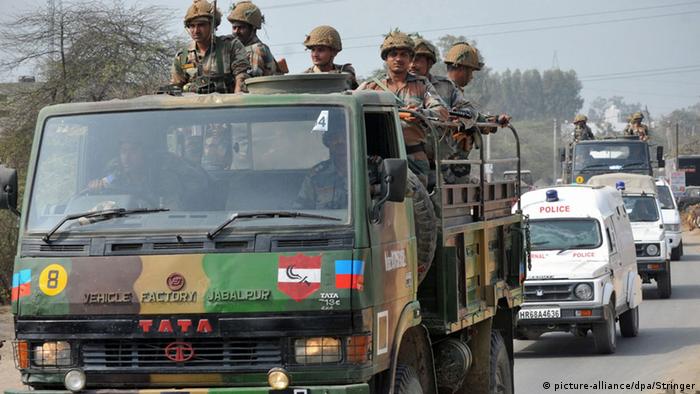 Authorities on Monday regained control of a canal that supplies three-fifths of Delhi's water after the Indian army intervened and cleared protesters.

India police have been ordered to shoot rioters without warning as violent protests by the Jat caste escalate in the state of Haryana. The Jat are demanding government benefits.

Members of the Jat caste in the neighboring Haryana state launched protests last week demanding more access to government jobs and to institutions of higher education.

The protesters effectively paralyzed road and rail links before the government submitted to their demands on Sunday. The demonstrators were also able to cut off the water supply to the nation's third largest city, prompting fears of a water crisis.

Some protest leaders said they would continue their demonstrations despite the government's promise to provide more opportunities to members of the Jat caste.

"We will continue the protests. The government thinks we will succumb to their pressure tactics, but they are making a big mistake by ignoring us," Ramesh Dala, convener of India's Jat Reservation Movement, told Reuters news agency. 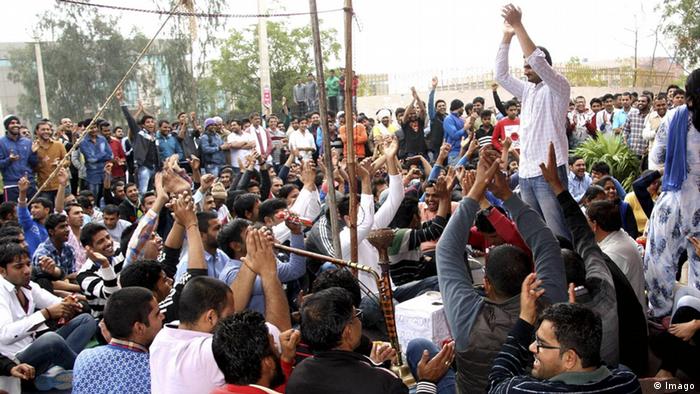 The Jat caste, comprising a quarter of Haryana's population, is a relatively well-off class of landowners that have been impacted by India's population growth and two years of drought.

The protests echoed similar demonstrations by the well-off Patidar and Patel castes in August, which had also called for greater opportunities in civil administration and universities.

Although the caste system in India is officially abolished, caste membership is widely recognized at a societal level.