Beijing is planning a huge military parade to commemorate Japan's defeat in World War II. China has invited several heads of state, but Japan's Shinzo Abe and many other world leaders are giving the party a miss. 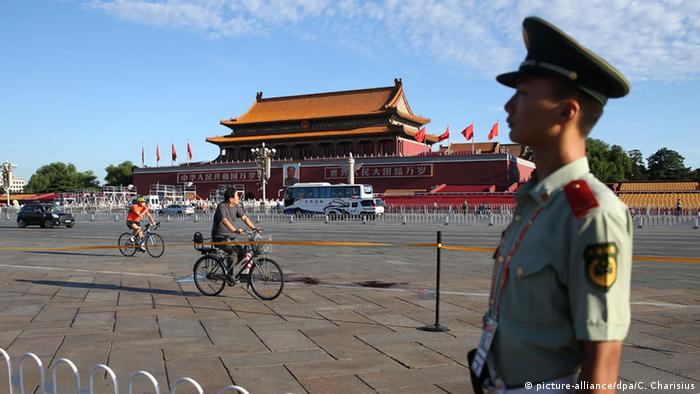 The Chinese government on Tuesday issued a list of world leaders attending its parade on September 3 to mark 70 years since Japan's defeat in the Second World War. At the time, the nationalist government under Chiang Kai-shek led the Chinese against Tokyo's forces. The conflict is officially known as the "Chinese People's War of Resistance against Japanese Agression and the World Anti-Fascist War."

But prominent world leaders from several western countries canceled their attendance, as did North Korean leader Kim Jong Un, who would be represented by a politburo member from Pyongyang.

Neither Japanese Prime Minister Shinzo Abe nor any other person from his government was planning to attend the ceremony, partly because of concerns of China's military expansion in the region.

Former Prime Minister Tomiichi Murayama, who issued an apology for the invasion in 1995, would be present in a personal capacity. However, Beijing still accuses Tokyo of not showing enough remorse for invading China during World War II. 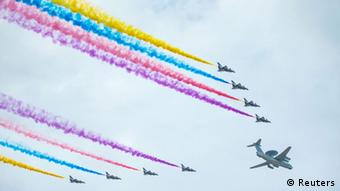 Airforce planes rehearse for the big day on September 3. Over 200 planes are expected to fly that day.

"It is up to foreign countries to decide who to send," Deputy Foreign Minister Zhang Ming told journalists. "The commemorations do not target any specific country, not today's Japan nor the Japanese people in general," he added, saying that "anyone who comes is our guest."

Who's attending the parade?

Twenty-four heads of state were scheduled to be in Beijing for the occasion, including South Korea's Park Geun-hye, South Africa's Jacob Zuma and UN Secretary-General Ban Ki-moon.

Beijing's close ally, Russian President Vladimir Putin, was also planning to attend the parade and watch 12,000 Chinese soldiers march down Tiananmen Square accompanied by massive weapons displays. His soldiers would march with their Chinese counterparts, along with their contemporaries from Cuba, Serbia and Mexico. Former British Prime Minister Tony Blair was also expected to be present in a personal capacity.

France and Italy were to send their foreign ministers, but the US, Germany and Canada would make do with their ambassadors in Beijing. The Czech Republic's President Milos Zeman was the only EU head of state expected at the Beijing parade.

Beijing was also reportedly planning to grant amnesties to domestic prisoners on the day of the ceremony - the eighth time since the Communists took power in 1949. According to Xinhua news agency, four categories of prisoners who do not pose a threat to society would be given a special amnesty.

These would include prisoners who fought against the Japanese or in wars after 1949 "to protect the country's sovereignty, security and territorial integrity," Xinhua quoted parliament head Li Shishi as saying.