German police have raided a shelter for asylum seekers that they say was occupied by the man killed as he stormed a Paris police station. Authorities did not say whether the man was registered as an asylum seeker. 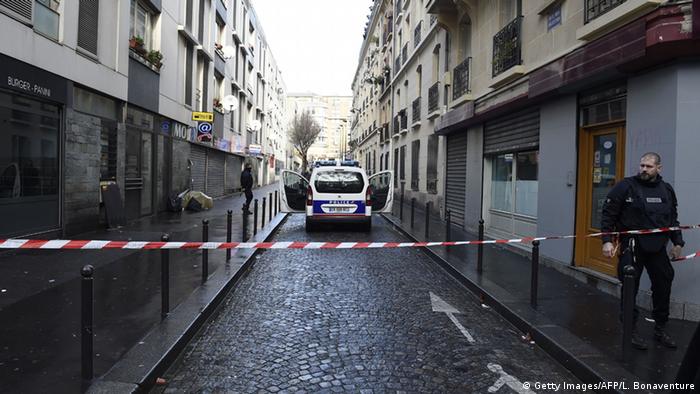 German police have said the man who attempted to attack a French police station in northern Paris on Thursday had lived in a shelter for asylum seekers in the western German state of North-Rhine Westphalia.

State authorities on Saturday night raided the shelter in Recklinghausen, police said in a statement. However, they did not specify whether the man was indeed registered as an asylum seeker.

The man was shot dead by French police after he tried to storm the station carrying a meat cleaver and wearing a fake suicide vest.

Paris prosecutor Francois Molins said the man was in possession of a flag commonly associated with the "Islamic State" militant group, one also used by other Islamist militant groups.

German police added that investigations are ongoing, and that they are working in close cooperation with French authorities.

The man was believed to be of Tunisian descent, although German media reported that he also had four different aliases with different backgrounds, including Moroccan.

The attack took place on the one-year anniversary of the "Charlie Hebdo" attacks that shook the French capital.

The man's links to a German refugee shelter may further inflame the debate on asylum seekers in the EU's most populous country following a spate of assaults in Cologne on New Year's Eve that have been linked to "North African" migrants.

On the anniversary of the Charlie Hebdo attacks, French President Hollande has unveiled plans for new security measures. Just after his speech, police shot dead a man attempting to enter a police station with a knife.