French prosecutors say a man carrying an "Islamic State" (IS) flag and a machete has been shot dead outside a Paris police station. The incident happened on the one-year anniversary of the Charlie Hebdo attacks. 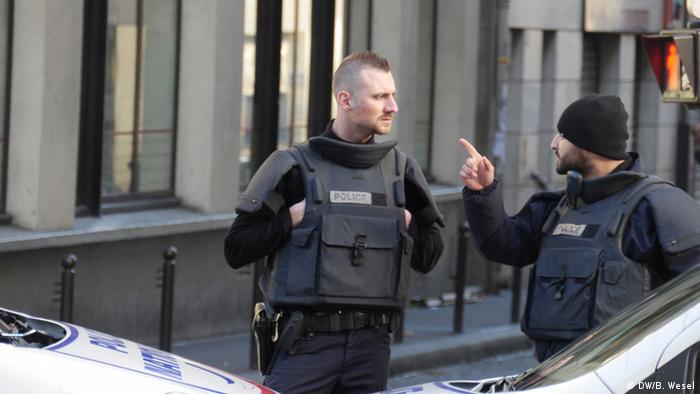 Paris prosecutor Francis Molins said "the Daesh flag (an Arabic acronym for the group calling itself Islamic State) and a clear written claim in Arabic" were found on the man, who appeared at a police station in the north of the French capital on Thursday morning.

The unidentified man, who was armed with a meat cleaver and a fake bomb vest, was shot dead by police after threatening officers. 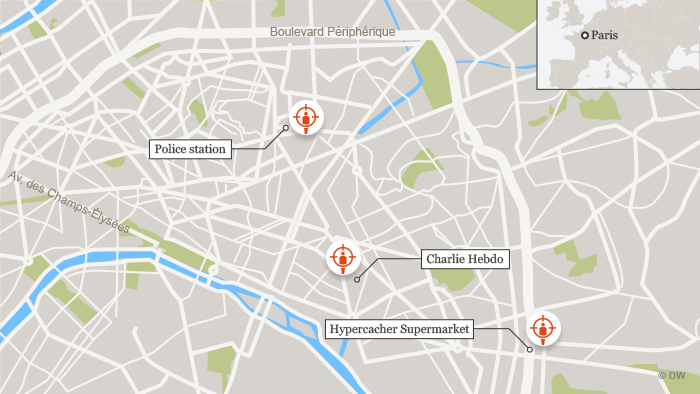 Paris' Montmartre disctrict is home to the Sacre Coeur Cathedral

A source close to the investigation told news agency Agence France-Presse that the man was wearing a pouch under his coat with a wire hanging from it, but it "contained no explosives."

Explosives experts were sent to the scene, close to the Montmartre tourist hotspot, which was cleared during the incident. The man's body was checked by an explosives robot before they approached and gave the all clear.

An interior ministry statement said the man cried out 'Allahu akbar" when he threatened police at 11:30 a.m local time (10:30 UTC), a year almost to the minute after two Islamist extremists burst in the offices of the Charlie Hebdo satirical magazine, gunning down 12 people. 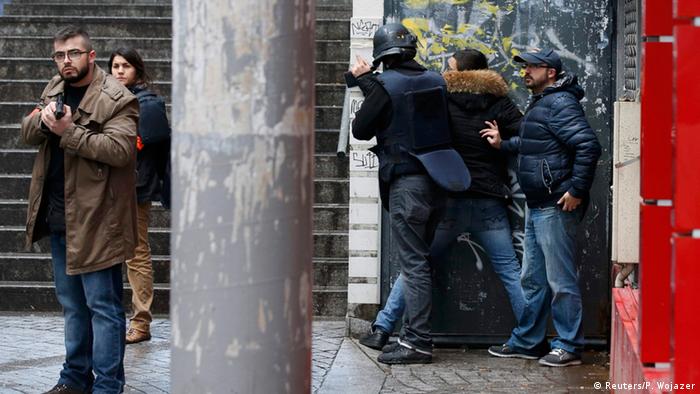 Neighborhood resident Nora Borrias said "it's like the Charlie Hebdo affair isn't over," as she waited by police barricade, unable to return home.

Two metro lines and several bus services were disrupted; two schools were placed in lockdown and stores in neighborhood streets were told to close temporarily.

Prosecutor Molins said that given the circumstance, Thursday's events would be investigated as a possible terrorist attack.

Meanwhile, Charlie Hebdo has published a special edition featuring a gun-toting God, with the headline: "One year on: the killer is still on the run."

Since last January's attacks, the magazine has moved to ultra-secure offices in a secret location.