Cologne police have said the number of women coming forward with complaints that they were assaulted on New Year's Eve has risen to 379. A large minority of the reported crimes were said to be of a sexual nature. 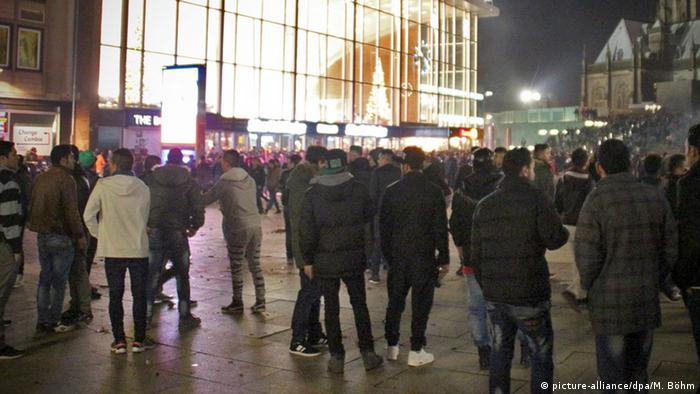 Police said on Saturday that the number of cases reported to them had reached 379, about 40 percent of which involved allegations of sexual offences.

"Those in focus of criminal police investigations are mostly people from North African countries. The majority of them are asylum seekers and people who are in Germany illegally," police said.

"The investigation into if, and how widely, these people were involved in concrete criminal activity on New Year's Eve is ongoing."

Cologne's police chief Wolfgang Albers was suspended on Friday amid mounting criticism of his force's handling of the incidents, and for being slow to release information.

Witnesses at Cologne's main train station and cathedral on Saturday described women being groped as well as subjected to lewd insults and robbery. The reports have fueled criticism of Chancellor Angela Merkel's open door policy on refugees and migrants, which have seen some 1.1 million new asylum seekers registered in the last year alone.

Merkel's Christian Democrats (CDU) on Saturday made expediting deportation for asylum seekers who commit crimes an important facet of their new 10-point plan for the nation's future.

The events have shocked Germany and prompted a series of protests for better security and respect for the rights of women.

Meeting in the western city of Mainz, the CDU's draft plan includes a new law that would strip refugees of asylum status after committing a single crime.

The proposals also include speeding up the deportation process for migrants convicted of crimes, even with a suspended sentence, bypassing old laws that can slow down the process and allow the individual to remain in Germany.

Besides laws, the party's "Mainzer Erklärung" (Mainz Declaration) calls for increased security at hotspots of criminality like the Cologne train station, where many of the assaults took place. The proposed measures include more video cameras and random checks on individuals by security personnel.

After months of insisting that the solution to the refugee crisis must come from a higher level, the CDU's paper calls for a clear reduction in the number of migrants entering the country. It also rejects the suggestion from Bavarian sister party, the CSU, to construct a fence on the border with Austria. Instead the Mainz Declaration suggests seeking better security at the European Union's outer borders.

Chancellor Merkel's CDU has released its plan for the future of Germany. The proposal includes stricter penalties for refugees who commit crimes, in the wake of a string of sexual crimes in the city of Cologne. (09.01.2016)