Opinion: Why Putin is in no hurry to congratulate Biden 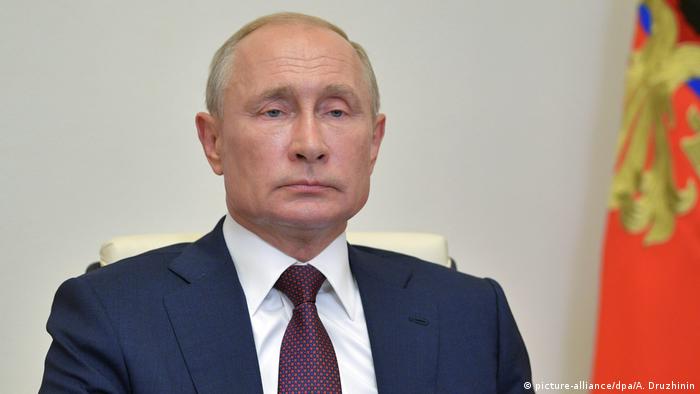 Vladimir Putin is silent. He is in no hurry to congratulate Joe Biden on winning the US presidential election. His press secretary, Dmitry Peskov, explained that the issue is the ongoing vote recount demanded by President Donald Trump.

But, of course, that's not the point.

Putin — who obsesses over never looking weak —  is showing Biden that despite Western sanctions and international isolation, he is not afraid to stand up to the new "leader of the free world." Biden will become Putin's fifth US president, a line-up that started with Bill Clinton.

Putin has mixed feelings about the former vice president. On the one hand, Biden was one of those members of former President Barack Obama's administration who did not hide their sympathy for Dmitry Medvedev, Putin's stand-in in 2008-2012, and hoped that he would run for a second presidential term. Putin does not forget — nor, allegedly, forgive — such perceived slights.

But, on the other hand, he openly despised the Obama-Biden administration, considering it weak and indecisive. It resisted and dithered before the adoption by Congress of the Magnitsky Act, designed to punish those who abuse human rights. It sat back when Syrian leader Bashar Assad used chemical weapons against his Syrian civilians, thus erasing its own so-called "red lines" — and then watched helplessly as Russia sent its air force and bailed out the Syrian dictator.

Even more important for Putin was Obama's initially restrained reaction to the annexation of Crimea, and, finally, his staunch refusal to supply the Ukrainian army with lethal weapons. It was the Trump administration that reversed this policy.

So now, Putin is waiting to see whether the Biden-Harris administration becomes Team Obama 3.0 or pursues a tougher line vis-a-vis Moscow. It probably won't take long to figure out.

Biden's team will very soon have to come into direct contact with the Russian leadership to begin negotiations on a new strategic offensive arms treaty to replace the START-3 agreement, which was signed in 2011 by Obama and Medvedev. Moscow and Washington now are discussing extending it for a year.

The Trump administration wants China, which is seriously building up its nuclear arsenal, to join the new nuclear deal. It insists that Putin persuaded his "strategic partner" Xi Jinping to take a seat at the negotiating table. Will Biden continue to press for this — or abandon the Chinese participation theme?

The outcome of this issue will immediately signal to the Kremlin, and to the world, whether his administration will maintain the Republicans' tough line on China, an important marker for Putin, who is getting more and more entangled with the Beijing regime on the world stage.

There are three other topics that the Kremlin will watch to see how the Biden White House proceeds: Belarus, Alexei Navalny's poisoning, and Europe — especially Germany.

Will the new administration increase pressure on Alexander Lukashenko's regime in Belarus? From Putin's point of view, this will show whether the new president is ready to resist Moscow's desire to control the post-Soviet space, including Ukraine.

Will Biden condemn the attempted murder of Russian opposition leader Navalny in the same way as the EU did? Putin believes that during the Moscow protests in 2011-2012, the Obama administration supported the protesters in the hope of preventing his return to the Kremlin. Given the Kremlin's obsession with the threat of US-sponsored "regime change," the attitude of Biden and his people towards Navalny is a topic of utmost importance for Putin.

The attitude of the Democratic administration towards the Nord Stream-2 project also holds as much weight. The Trump administration, with congressional support, is putting pressure on German Chancellor Angela Merkel to abandon the nearly completed gas pipeline. The Kremlin views it as a tool of economic pressure on Ukraine that will rob Kyiv of a significant part of its Russian gas transit revenues. Berlin is resisting Trump's pressure.

I heard from several European politicians that it may be easier for Merkel to compromise with Biden rather than with the current US president, who is highly unpopular in Europe. If so, it will be a serious blow to Putin. But here the question remains: Will Biden want to talk about the pipeline or let the matter drop?

Putin will not have to wait long. All these questions will be answered shortly after the inauguration day — on the condition that Biden's team is not bogged down in domestic politics nor the ideological struggles within the Democratic Party. And these are two distractions that may be exactly what suits Vladimir Putin.