EU ministers have agreed to sanction Russia over the poisoning of opposition leader Alexei Navalny. The agreement comes at a meeting in Luxembourg where France and Germany were due to outline a proposal for sanctions. 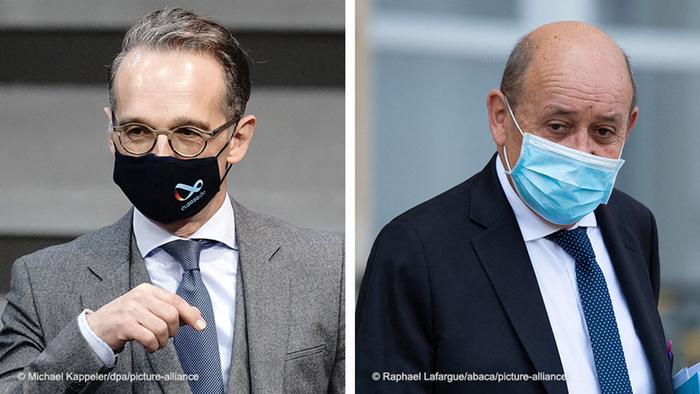 European Union foreign ministers on Monday agreed to sanction Russia over Moscow’s involvement in the poisoning of opposition leader Alexei Navalny, according to diplomatic sources.

The 27 ministers had reached an agreement in a meeting in Luxembourg to start work preparing measures to correspond with the proposals made last week by France and Germany, which said Moscow was responsible for the poisoning of Navalny with the Soviet-developed nerve agent Novichok, French news agency AFP reported.

Both Germany and France believe that Navalny's poisoning could only have happened with the involvement of Russian authorities.

Berlin and Paris say they have not had a credible explanation from Moscow for what the Organisation for the Prohibition of Chemical Weapons (OPCW) said was the presence of Novichok in Navalny’s body.

The sanctions, however, are not expected to be approved immediately. Legal texts must first be prepared before experts from the 27 EU states can give the green light.

EU foreign ministers backed the Franco-German plan on Monday to impose sanctions on Russians suspected of poisoning the Kremlin critic.

German Foreign Minister Heiko Maas told reporters as he arrived at the EU meeting that the poisoning of Navlny could not "remain without consequences".

"France and Germany propose imposing sanctions on certain people that caught our eye in this respect," Maas said, without giving further details.

Earlier on Monday,  Maas met with his French counterpart Jean-Yves Le Drian and said the EU is also willing to impose more sanctions on those linked to  a crackdown on protesters  in Belarus, including the country's leader Alexander Lukashenko.

Doctors in Berlin have revealed that Russian opposition figure Alexei Navalny may have been poisoned. Even if this were proven beyond doubt, the German government has no way to retaliate against Moscow, says Jens Thurau.