Opinion: A new US president — but no winner

The anti-democratic spirit of Trump's destruction has not disappeared with Biden's victory. Domestically, the US is facing difficult times. But its foreign policy is becoming increasingly predictable, says Ines Pohl. 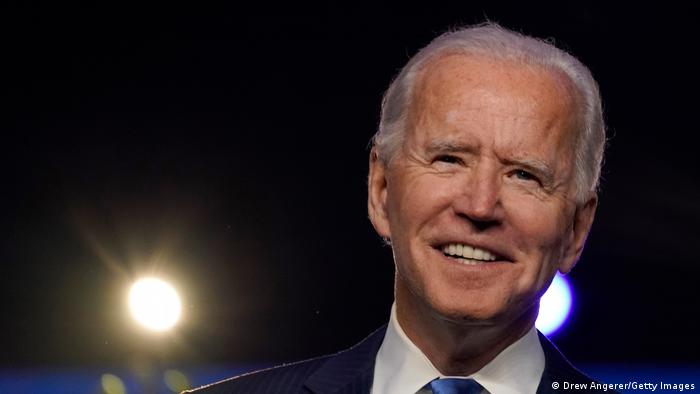 Large parts of the world held its breath. And now, it can slowly exhale — and breathe in again.

It has taken a long time, and it was close, but Joe Biden has emerged victorious over Donald Trump. After only one term in office and four long years, the incumbent president must leave the White House on January 20. On that same day, Biden and Kamala Harris will be sworn in as president and vice president. Trump might have announced that he will challenge the result in the courts — even so, he should not stand a chance.

Biden's election is good news for a world that believes in multilateral arrangements and longs for a reliable America.

For people who believe in the good sense of NATO and the Paris climate agreement. For businesspeople, who need reliable regulations for their companies.

And also for all those, who, as before, are convinced that the trans-Atlantic relationship is vital for the cohesion and the strength of Western democracy.

Yet the times in which the United States predominantly carried the burden of being the world's police alone are finally over. It was former President Barack Obama who made it clear with his doctrine "Leading from behind," that a large and financial engagement in military matters was expected of the world. Trump built on this strategy shift — and Biden will continue, albeit in a more diplomatic manner.

Back to the Paris Agreement

Biden is, like Obama whom he served as vice president, an ardent supporter of the trans-Atlantic relationship. He treasures Germany and Europe as reliable partners. He has promised to rejoin the 2015 Paris agreement on climate change and to continue to meet the obligations of other multilateral alliances such as NATO.

Under President Biden, the US will once again become a dependable partner.

If Europe takes the wake-up call of the Trump years seriously, perhaps it could even become a partner on equal footing. This could happen when the European side of the partnership finally takes on a level of responsibility that does justice to Europe's role in the world.

A trail of destruction

Viewed domestically, the 2020 election can be evaluated significantly less positively. Trump has left a trail of disruption. His leadership with targeted lies has damaged the trust in democratic processes and institutions in the long term, and many Trump voters will continue to maintain that the election results were manipulated.

Trump supporters will hold Biden responsible for the economic faults that the US will have to contend with in the coming months, if not years — even if Trump is in part responsible for the consequences of the COVID-19 pandemic. In the four years of his time in office, Trump has changed the country. The Democrats had hoped a landslide victory would indicate that a clear majority wanted a different course. But the close race shows this isn't the case.

The battle cry "America first" did not bring Trump his hoped-for victory, but the cry is still far from fading away. Trump has allowed many Americans to express their racism, their xenophobia and misogyny in public. And they will continue to do so.

Joe Biden has won the election. But he has still not overcome the hatred that Trump has sowed, one that has deepened the country's divisions.

President Donald Trump has claimed he is being cheated out of winning the election as Joe Biden was chipping away at his leads in key states. The Democrat has called for calm and expressed confidence he would win.

Ukraine-Russia crisis: EU foreign ministers meet to coordinate strategy with US 2h ago