Opinion: Using a hammer to crack a nut

Germany and Turkey have made a plea for NATO's assistance in the refugee crisis. The alliance was asked to help track down smuggler gangs. But that is not a job for a military alliance, writes DW's Barbara Wesel. 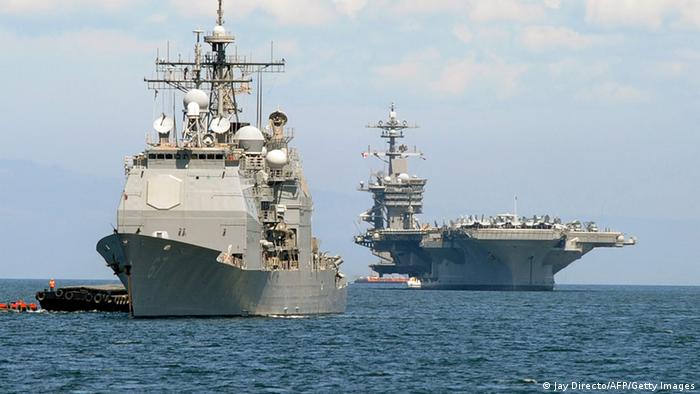 Some ideas can only be explained by the desperation felt by their initiators. Chancellor Angela Merkel and Turkish prime minister Ahmet Davatoglu must both be unnerved right now– each for their own reasons.

Both leaders are seeking help to cope with the refugee crisis and the matter does not require practical benefits, but instead, political initiatives. As no progress has been made in the European Union, both leaders are knocking on the door of another alliance. After all, NATO acts on commands if a mission has been decided on.

Not a job for NATO

At first, NATO members were taken aback when they heard the proposal: Fighting against smugglers is not a military task and certainly not one the military alliance bears the responsibility for. NATO Secretary General Jens Stoltenberg responded diplomatically: One must find out what the two member states specifically envision. In general, there seemed to be little enthusiasm among NATO members for a mission in the narrow sea passage between Turkey and Greece. 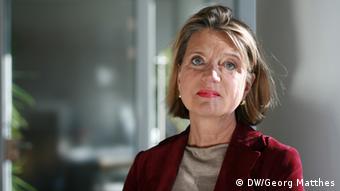 German Defense Minister von der Leyen, however, noted that one could indeed deploy NATO naval units already stationed in the eastern Mediterranean. They have been put into operation to soothe the Turks over the presence of Russian bomber units on the Syrian-Turkish border. Now, the idea is that some of these ships could help the Greek and Turkish navies to hunt for people smugglers in the waters between the two countries. Based on Germany's understanding, the inflatable boats will be pulled out of the sea, the refugees rescued and then taken back to the Turkish coast.

Of course, shooting will not be allowed on this mission. Nonetheless, one cannot help imagining that it seems like using a sledgehammer to crack a nut. Compared to the well-equipped coastguards of Greece and Turkey, warships are not actually equipped to fulfil the task, as the Greeks and Turks could if they wanted to. Is NATO thus supposed to serve as a political supervisor to show the two member countries how they should do their job? Or is NATO to provide relief for the Greeks and Turks, so they do not need to intervene themselves? The exact purpose is unclear and the actual benefit more than doubtful.

After all, NATO would first have to deal with poisoned Greek-Turkish relations in order to make such a mission at all possible. The Greeks insist that the alliance should operate only in Turkish waters. Between the Turkish coast and the Greek islands, however, there are many so-called gray sea areas that do not officially belong to either country. Can anyone imagine how NATO frigates will zigzag behind smuggler boats that can no longer be pursued in Greek waters? How is that supposed to work?

NATO mission is supposed to distract from EU failure

This NATO mission is a waste of time and money; it is mainly about symbolic politics. The talks are basically being used to lead people in the involved countries to believe that resolute action is being taken.

In the meantime, the next refugee drama has emerged at the Syrian-Turkish border, where thousands of people from Aleppo seek refuge. The international community should focus on helping them, instead of scattering their energies in misguided military operations against smugglers. They are the lesser problem, and if the refugees are blocked on one side, they will find another escape route. The refugee crisis primarily demonstrates the basic inability of the EU to act together, in solidarity. NATO cannot change that.

Have something to say? Add your comments below. The thread to this editorialcloses in 24 hours.

German President Joachim Gauck has told West African leaders in Nigeria that Germany remains an "open country" for refugees but "cannot take in all who want to come to us." (10.02.2016)

Underpaid but close to home, refugees choose Turkey over Europe

Accepting a life of low-paid jobs and cramped apartments, some Syrian refugees choose Turkey over Europe to stay close to their Middle Eastern roots. Diego Cupolo reports from Izmir, Turkey. (10.02.2016)