Opinion: The EU Could Win in Russia-Ukraine Gas Crisis | Europe | News and current affairs from around the continent | DW | 09.01.2009

Opinion: The EU Could Win in Russia-Ukraine Gas Crisis

Russia and Ukraine have agreed to allow European observers monitor the flow of Russian gas, but each side is still blaming the other. Guest commentator Thomas Urban says the row is about a lot more than just money.

As the conflict between Russia and Ukraine over gas payments continues this week, Russian Prime Minister Vladimir Putin is hoping that Europe will finally realize just how important the building of the planned pipeline is from Russia to the EU via the Baltic Sea. Could this be the real reason behind the conflict that is affecting south-eastern Europe so drastically and has also raised concern in western Europe?

From Putin's point of view, Ukraine should be discredited in Europe's eyes as an unreliable transit nation. Apparently Moscow is counting on the EU to not remain dependent on Ukraine, which is politically instable anyway, and finally close the deal on the Russian-German Baltic Sea pipeline. 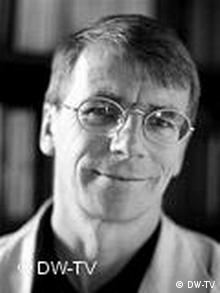 But five EU member states -- namely Sweden, Poland and the three former Soviet satellite states Lithuania, Latvia and Estonia -- are against the idea.

Their official objection is an environmental one: The Baltic Sea still contains contamination from chemical weapons used during World War II, and most of that is located directly in the area where the pipeline is to be laid.

In reality, however, the governments of these five nations see the pipeline as political leverage the Kremlin can use to marginalize Poland as a viable gas transit nation. Poland, as well as the Baltic state, would be disconnected from the European gas network and left at the mercy of the Kremlin, just as Ukraine is now.

Over the past few years Putin has made it clear that Moscow would play the energy card if Ukraine continued to pursue western alliances like the EU and NATO.

And because a large percentage of western European politicians hold Kyiv partially responsible for the current crisis, one thing is certain: Ukraine's attempt to make itself out to be a victim of Russian power politics hasn't brought it any further in its quest for membership.

If anything, it has made this goal of Ukrainian President Viktor Yushchenko, even less of a possibility.

However, it increasingly looks like this power struggle between Moscow and Kyiv is going to end in a Pyrrhic victory for Putin, because the call within EU nations to seek out other sources of energy is getting louder.

The EU could be the real winner, if its member states finally agree on a common energy strategy. The mere fact that both sides have invited EU inspectors in, essentially recognizing the EU as arbitrator in this dispute, lends significance to the union. Now all it has to do is seize the opportunity.

Gas Dispute Nearing an End as Russia Agrees to Monitors

The gas crisis escalated this week when Russia cut off all deliveries to Europe flowing through the Ukraine. Now a breakthrough in the negotiations could mean the end of the dispute. (09.01.2009)

Russian energy giant Gazprom has stopped all gas deliveries to Europe, says Ukraine, a move the European Union labeled "unacceptable" as it proposed sending in observers to measure gas flows. (07.01.2009)