Donald Trump has pompously said, "It is time to recognize Jerusalem as the capital of Israel." But his words are no more than an insulting provocation showing he couldn't care less about the region or its inhabitants. 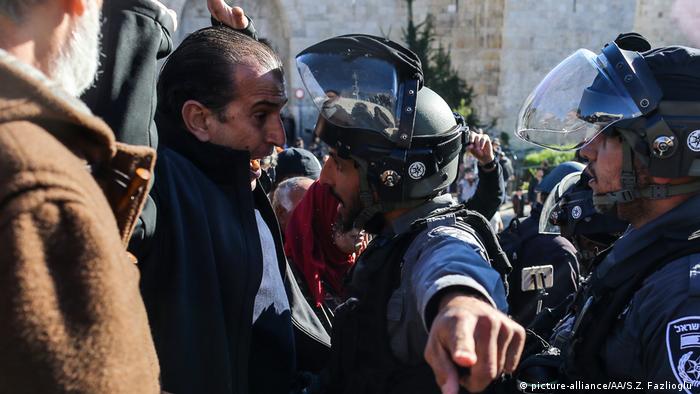 Speaking at the White House on Wednesday, US President Donald Trump announced that "it is time to officially recognize Jerusalem as the capital of Israel" and that the declaration itself is only a "recognition of reality."

Predictably enough for anyone else but him, there was an immediate escalation in the already fragile relations between Israel and the Palestinians, and tensions in the region have once again reached dangerous levels. Hamas has called for a new intifada, a rocket was fired from Gaza into Israel and four Palestinians have been killed in Israeli airstrikes on the Gaza Strip and clashes with security forces.

Palestinian President Mahmoud Abbas has canceled a planned meeting with US Vice President Mike Pence, a step that also indicates a stark deterioration in the diplomatic sphere.

But why exactly did Trump take this step? Nobody knows.

Trump's move is a pure provocation and does not benefit either side. Every Israeli child knows that the capital of the country is Jerusalem — whether that is internationally recognized or not. 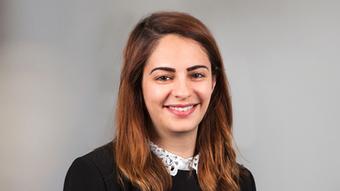 The hypothetical discussion on whether Jerusalem should or should not be that capital is futile and irrelevant for Israelis, since none of them — none of us — feels that this de facto reality should be reinforced in any way.

That is why, for us, Trump's declaration is no more than ceremonial lip service; our sense of connection to Jerusalem is already a given.

In the Palestinians' case, however, Trump's words — that this was simply a declaration of an existing reality — have led to the statement being seen precisely as the act of goading that it is.

It carries zero practical meaning, apart from the fact that the US is abandoning a fine piece of real estate in Tel Aviv. Symbolically, though, it places another brick in the wall of despair slowly and steadily growing up between the two sides.

The immediate implication, which Trump elegantly ignores, goes beyond any global outcry or protests around the world. The first and foremost result is fatal confrontations happening not presumably, not potentially — but right now.

This is no less than outrageous, as the people to suffer from Trump's empty words are Israelis and Palestinians alone — with Palestinians admittedly bearing the brunt — while he himself is well away from any trouble.

Every Israeli reserves soldier — myself included — is now looking anxiously into the closet, making sure the folded army uniforms are still there just in case the devastating order arrives.

Had Trump really meant peace — had he even cared about it — he would have tried to tackle a few other obstacles on the rocky path to achieving it, such as the settlements, the 1967 borders, or the extremely difficult debate over the Palestinian right of return — to name but a few.

But why make things complicated? To hell with the actual people of this region, whose lives are being turned upside down — or even sacrificed — for the sake of vacuous pseudo-manifestos. If Trump honestly believes that any real progress can be made with a childish attempt at appeasement directed at one side only, he is clearly wrong.

Yet the sadder reality is that he isn't merely delusional. He simply doesn't care.

Scores have been wounded as Israeli aircraft bombed military facilities in Gaza. Violent protests have broken out in Gaza and the West Bank following the US decision to recognize Jerusalem as Israel's capital. (08.12.2017)

South Korea: 7 die from torrential rain in Seoul 6h ago