Palestinian youth fight to defend right to Jerusalem as capital | Middle East | News and analysis of events in the Arab world | DW | 08.12.2017

Palestinian youth fight to defend right to Jerusalem as capital

The US decision to recognize Jerusalem as the capital of Israel has sparked protests across Gaza and the West Bank. Young Palestinians feel compelled to defend their right to the city and resist Israeli occupation. 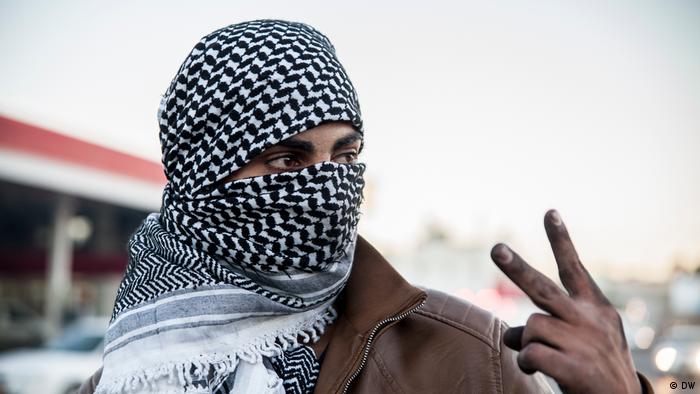 Black smoke can be seen rising above buildings in the north of Ramallah, approaching Beit El checkpoint. The thick smell of tear gas and burning rubber hangs in the air. Young Palestinians are collecting stones in buckets and running them to their brothers at the front line, crouching behind metal bins and reloading their slingshots. Israeli Defense Force soldiers stand no more than 50 meters away, equipped with tear gas grenades and guns loaded with rubber bullets.

Crouching down behind a wall alongside an apartment building, after fleeing tear gas canisters shot into the air, Palestinian men in their early twenties share a bottle of perfume to spray on tissues. Sniffing the alcohol helps counter the effects of the gas. "This is occupation," 21-year-old Issa says, sniffing and holding back tears from his bloodshot eyes.

It is the second day of protests and clashes across East Jerusalem, the West Bank and Gaza in reaction to US President Donald Trump declaring Jerusalem as the capital of Israel. "I've never been to Jerusalem. It's my dream to, but the occupation rejected [my permit application]," Issa says. "It makes me angry," Issa's friend Samir interjects. "We love it so much. It's our capital," Issa adds.

Jerusalem 'in the hearts of all Palestinians'

The youth clashing with Israeli soldiers in Beit El on Friday are fed up. The US has further legitimized Israel's occupation of Palestinian land, specifically, the illegal annexation of East Jerusalem. Issa explains that many young people feel it is necessary to resist Israeli occupation. 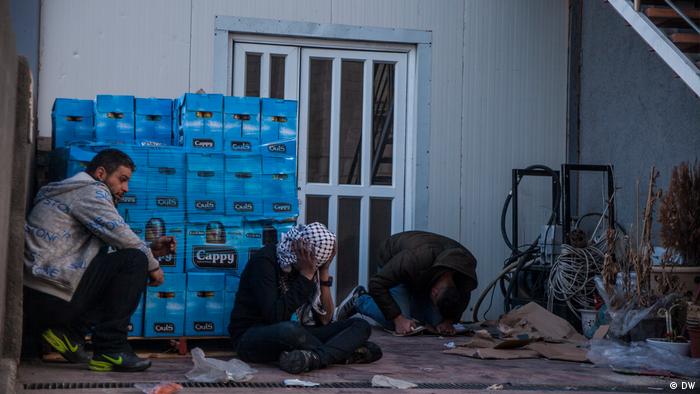 Palestinian protestors use perfume to counter the effects of tear gas

"We will not move from here, we will continue to defend our country," he says, adding that even knowing the Israeli soldiers have already used a combination of live and rubber bullets on protesters does not deter him. "The love of our country keeps us here, it's the one thing that makes us happy today."

Yelling and screaming closer to the clashes breaks the conversation. Everyone involved shouts at once as soon as someone is injured by rubber bullets, calling for medical attention from the Red Crescent Society. If the paramedics are busy with other patients, the nearest people to the newly injured pick them up and run them for treatment at the ambulance.

Two people were killed and dozens more injured during protests across the West Bank and Gaza on Friday.

At times, even the paramedics at Beit El have to take cover behind the nearby service station, overcome by tear gas inhalation. Local Palestinians offer their cars to hide in. Others run into apartment blocks, coughing and collapsing in the stairwell.

Hiding behind a Palestinian flagpole, 21-year-old Ali explains Jerusalem is in his heart. "It's in the hearts of all Palestinians," he says, crouching down every time a gunshot is heard. "We don't have magic or anything, [but] I'll be here every day. We need everyone here every day because we need to free not just Jerusalem, but the whole of Palestine." 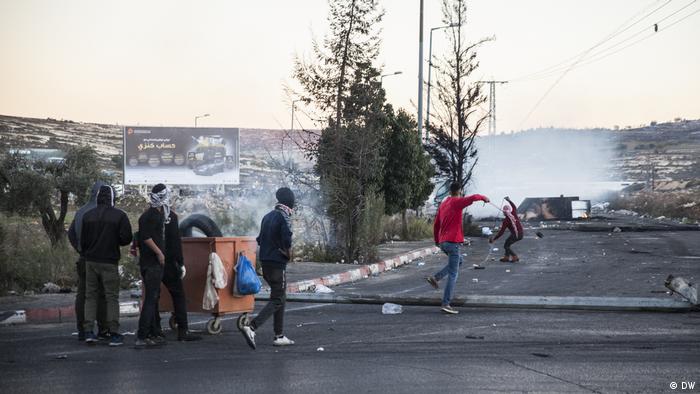 The youth at the protest in Beit El seem to have reached a boiling point with the occupation and the lack of action from their leaders. "Everyone here rejects the Palestinian Authority (PA) and President [Mahmoud] Abbas," Issa says. "For years he has lied and broken promises." Issa believes the PA is giving away the Palestinian country and history to the Israelis.

Issa and his friends instead align more with Hamas. "Hamas actually resists the occupation," Samir explains. "They have [in the past] captured and killed Israeli soldiers in Gaza. This is why we like Hamas."

"On the other hand, Gaza has no electricity and no water, because of the Palestinian Authority," another man says, referring to the sanctions the PA imposes on Hamas.

Hamas' leader, Ismail Haniyeh, called Trump's declaration a "war against Palestinians" and said "we should work on launching an intifada in the face of the Zionist enemy." Some of the youth could be following this direction, though more likely their personal burning frustration with the occupation and lack of change is pushing them toward an uprising. "We will kick out the occupation, this is important. This is the Third Intifada," Issa says.

At least two are dead and a dozen injured during clashes with police Friday, as the protests extended into a second day. Thousands more protested across the Muslim world in the Middle East, Asia and Africa. (08.12.2017)