As fears grow that a third intifada could be triggered by Donald Trump's decision on Jerusalem, how are today’s Palestinian youth organizing their resistance to Israeli occupation? Tessa Fox reports from the West Bank. 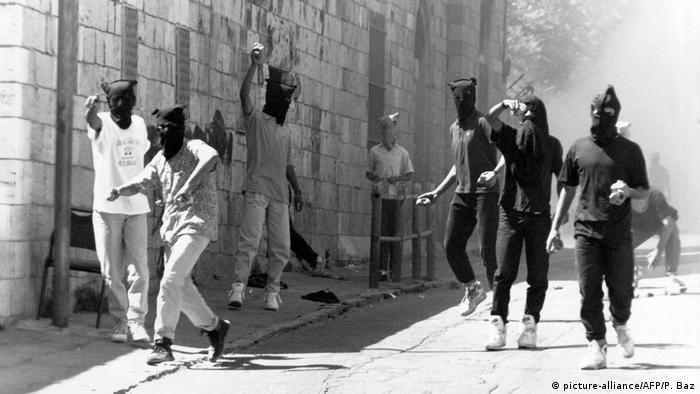 Mohammed Othman was nine years old when the first intifada (uprising) broke out in Palestine on December 8, 1987. He remembers moving rocks onto the roads to block Israel Defense Forces (IDF) from entering his home village of Jayyous in the West Bank. He and others would keep watch of the roads leading into the village and shout out to the older kids if they saw soldiers approaching. Othman remembers being given fabric to sew the Palestinian flag, an act that could carry a five-year jail sentence, as well as masks to cover their faces.

Like thousands of Palestinian youths, Othman's young age didn't stop him from doing his part in the Palestinian uprising against Israeli occupation and aggression. What first started in the Gaza Strip's Jabalia refugee camp, as a reaction to an IDF truck hitting a civilian car killing four Palestinians, quickly spread to an uprising across the whole of Gaza and the West Bank lasting nearly six years. The uprising finally brought the Palestinian struggle into view for the world and created a lasting image of Palestinian youth throwing stones at Israeli forces wielding guns.

The internet as a tool to support traditional strategies 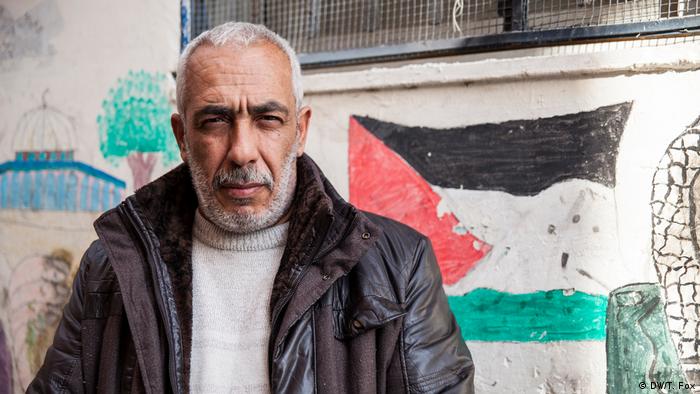 Khalil Yousef, arrested seven times even before the first intifada, vows to continue his resistance

It is widely believed that young people led the First Intifada. Balata Refugee camp resident, Khalil Yousef was 18 in the First Intifada. "The 80s generation, was the base generation for the intifada," Yousef told DW. Yousef also remembers the main form of resistance used was blocking streets and throwing stones. Thirty years and one generation on, this symbol and strategy of resistance can still be seen throughout Palestine. Fifteen-year-old Mohammed Abu Ja'sa of Balata Refugee camp near Nablus, West Bank said he will always throw stones and Molotov cocktails at Israeli soldiers if they enter the camp. Though now, he adds, there are more peaceful ways of resisting the occupation. "Using social websites like Facebook, we can publish movies, images, poetry and essays," Abu Ja'sa said.

Nabi Saleh is one of the most active villages in the West Bank, infamous for its weekly Friday protests. Having participated in the first intifada and remaining a full time activist until today, Manal Tamimi is one of the main organizers of the village protests and agrees with the importance of social media. "It forces the world to look at you and tell them what our resistance means and why," Tamimi said. 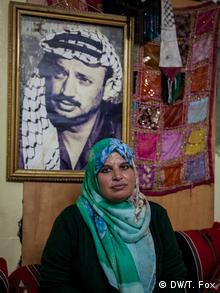 Manal Tamimi is proud of her resistance to Israel

Janna Ayyad of Nabi Saleh was four-years old when she saw her friend Mustafa shot and killed by the IDF. Now 11, this loss, as well as the death of her uncle and arrest of many family members are her personal motivations for resisting the occupation. "I can't just stay calm as if nothing is happening, I have to do something to make the whole thing change, turn it upside down and live like any child in the world," Ayyad told DW.

This extremely vibrant young girl is now reportedly the "world's youngest journalist," going under the name of Janna Jihad. Ayyad documents everything in her world affected by the occupation and uploads it to her social media sites, including her Facebook account which boasts a quarter of a million likes.

Experiences like Ayyad's resonate through all Palestinian youth and push them to resist. Othman remembers how the first intifada formed his impressions of Palestine and the occupation. "There were evening meetings, where everyone in the neighborhood came and spoke in the streets ... and Palestinian Liberation Organisation (PLO) activists would hand out leaflets, teaching us," Othman said, as the midday call to prayer drifted through his living room. Abu Ja'sa believes nowadays that families provide the main source of education. "Every family has someone who is a prisoner or martyr," Abu Ja'sa said. 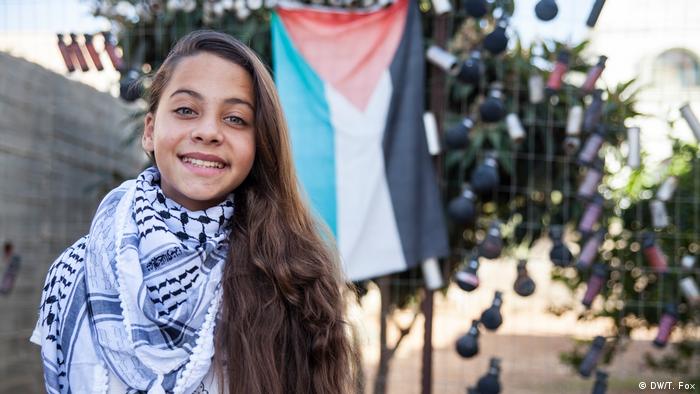 Othman believes the division of political parties is detrimental to Palestinian solidarity and therefore the resistance. In 2007, Hamas took control of Gaza and split from the Palestinian Authority led by Fatah in the West Bank. "Now the kids are [more concerned] about supporting Hamas and Fatah, not about Palestine," Othman lamented. Fatah Youth Movement Secretary General and Revolutionary Council Member Hasan Faraj believes political work is very important for diplomacy. "[Through politics] we can work with parties around the world to support us and also strengthen our people within Palestine," he told DW.

While thousands of Palestinian youth still organize themselves under political parties and popular resistance committees, many also believe this takes away from the personal aim of resistance. "I want everyone to just be united as Palestinians, not in the name of Fatah or Hamas," Ayyad said.

"Resistance itself is a personal issue. I'm not waiting for someone to tell me what to do, I will resist by myself," concurs Abu Ja'sa.

The time has come

Even so, if there was to be a third intifada today sparked by US President Donald Trump's decision on Jerusalem, Abu Ja'sa sees the first step as being a spontaneous uprising among Palestinians, but after that it should be organized by political committees. Pushra Tamimi of Nabi Saleh was 16 years old in the first intifada. "It should be time for a third intifada," she told DW. Pushra said it comes in waves. "They rise, they calm down, then they rise up. We're just waiting for the motive," she explained.

Donald Trump may very well have provided that motive.