Opinion: Japan, Russia walk energy tightrope over Ukraine | Asia| An in-depth look at news from across the continent | DW | 29.04.2014

It is difficult for Japan to ignore Russia's relevance in its search for a diversified set of oil and gas suppliers. But the spat between Moscow and the West about Ukraine puts Tokyo in a geopolitical quandary. 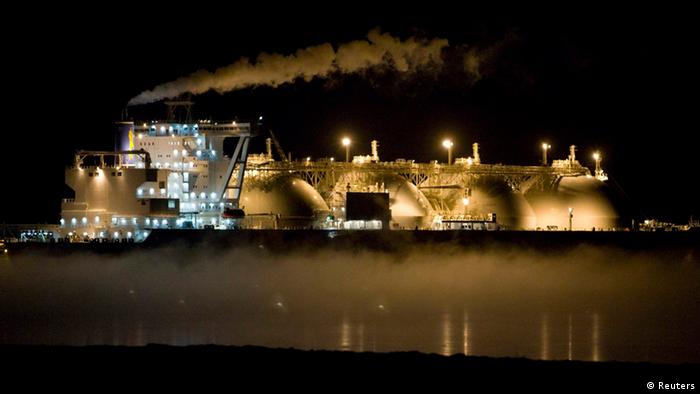 Ukraine is a remote battleground for Japan, but geopolitical interconnections in the 21st century ultimately shorten geographic distances, plunging Tokyo in a dilemma over how to handle relations with a Russia swallowing the Crimean peninsula to the detriment of Kiev's sovereignty and in breach of the (increasingly ethereal) international law.

Japan is the world's biggest consumer of liquefied natural gas (LNG), second largest coal importer and third largest oil purchaser. As it is trying to diversify its supply sources to alleviate dependence on the Middle Eastern oil and gas producers, the Japanese cabinet led by Prime Minister Shinzo Abe finds itself in the unenviable position to balance pressures from the United States to beef up sanctions against Moscow's seizure of Crimea and permanent military threat to the mostly Russophone Eastern Ukraine with its need to manage growing energy ties with the Russian supplier.

Increased energy imports decidedly contributed to quadrupling Japan's trade deficit in March compared to the same period in 2013, with imports of Liquefied Petroleum Gas (LPG) up by more than eight percent and supply of LNG nearly four percent, the Japanese Ministry of Finance (MOF) reported on April 21. 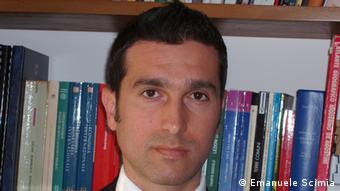 Emanuele Scimia: 'Japan could solve the Ukrainian conundrum in its favor'

Tokyo's energy procurements have been soaring after the earthquake and tsunami in 2011, when the Japanese government shut all nuclear reactors across the country in the wake of the Fukushima Daiichi nuclear plant disaster. In March, imports of mineral fuels from Russia reached 2.2 billion USD (224.4 billions yen), up 31.5 percent year-on-year, the MOF wrote.

Approximately four percent of Japan's oil imports originated from Russia in 2012 (around 185,000 barrels per day). Moscow's Eastern Siberia-Pacific Ocean pipeline, a 4,670 kilometer-long conduit running from the Siberian city of Taishet to the Kozmino Bay Oil Terminal on the Pacific Ocean, has pumped crude oil to the Japanese territory from 2009 on, according to data from the US Energy Information Administration (EIA).

In 2012, Moscow was also Japan's fourth-largest supplier of LNG, accounting for 10 percent of Tokyo's imports. Japan has been importing LNG from Russia's Sakhalin terminal since 2009 while proposing to increase gas imports from Siberia through a new pipeline or more LNG shipments – Tokyo's procurements covered 76 percent of Sakhalin LNG exports in 2012, PFC Energy reports.

Wary of new Western sanctions over Ukraine bashing its energy sector, Russia is looking eastward to make up for the possible loss of the lucrative European market, which draws about 76 percent of its natural gas exports and 79 percent of its crude oil sales, an EIA analysis brief underlines.

In case of a showdown over Ukraine, Russia aims at replacing Europe with China to sell its huge reserves of oil and gas, but Beijing is open to energy collaboration with the Kremlin only on its own terms. (14.04.2014)

While many countries have condemned Russia’s actions in the ongoing Crimea crisis, India is the only Asian power that has backed Moscow. In light of this development, DW takes a look at Indo-Russian ties. (01.04.2014)

Chinese President Xi Jinping is set to visit Germany on March 28-29 as part of his 11-day Europe tour. But instead of economic issues, security is expected to be high on the agenda given recent developments in Ukraine. (27.03.2014)

Just one day earlier, speaking to the Agence France Presse (AFP) news service, Japanese Trade Minister Toshimitsu Motegi had highlighted that the economic collaboration between Tokyo and Moscow had constantly deepened in the past few years, not least with regard to energy trade, and that Japanese companies had already started up joint projects with Rosneft. Suffice it to say that Japan's Mitsui and Mitsubishi have a combined interest of 22.5 percent in Russia's Sakhalin-II upstream oil and gas project, a field that would have reserves of roughly 1.2 million barrels of crude and condensate.

At present, the Japanese government's major preoccupation is that any move to pile on Russia additional economic penalties could dent its ties with the Kremlin. Sechin, a long-time protégé of Russia's President Vladimir Putin, was targeted by a US asset freeze and visa ban along with other six Russian officials on April 28.

Japan enacted sanctions on Russia in March - two days after a referendum in Crimea had paved the way for Moscow's annexation of the peninsula in the Black Sea. Tokyo is expected to postpone negotiations on easing visa requirements and freeze talks about a string of deals in fields such as new investment opportunities, outer space and prevention of risky military activities - moves that are seen as softer than those implemented by the European Union and United States. 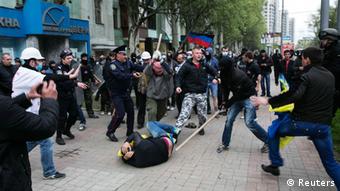 Credit ratings agency Standard & Poor's (S&P) cut the Russian sovereign debt's rating to one notch above "junk" status on April 25, due to explosive geopolitical tensions with Ukraine, which triggered an outflow of both foreign and domestic capital from the Russian economy.

Credit ratings agencies are considering further downgrades after the decision made by Western countries to pass tighter sanctions against Russia, blamed for not de-escalating tensions in Eastern and Southern Ukraine. Following Sechin's inclusion in the new US sanctions list, S&P downgraded Rosneft's credit rating to BBB- (near junk status).

The ambivalence of energy relations between Japan and Russia calls to mind the Euro-Russian interdependence on oil and gas trade. Simply put, Moscow needs to sell LNG and Tokyo must buy it. Because of Russia's weak growth prospects and risks of partial political isolation, the Japanese cabinet could leverage on this structural mutual dependence to put back on track its energy ties with the Russian bear in case it was called upon by the US and Europe to inflict a new round of penalties on the Kremlin.

In this broad picture of oil and gas connections with Russia, independently from Washington's military umbrella and its much-trumpeted pivot on Asia-Pacific, Japan could solve the Ukrainian conundrum in its favor, even raising the stake with regard to sticking points such as the freezing of negotiations with the Russian leadership over the status of the disputed Southern Kuril islands (Northern Territories in Japanese parlance) and Russia's recent backing of Chinese territorial demands in the East China Sea against Tokyo's legal claims.