The protest over a scrap of ancient forest in Germany is about much more than a few scraggly tree huggers. It's about the future of energy — and protection of the climate around the world, says DW's Sonya Diehn. 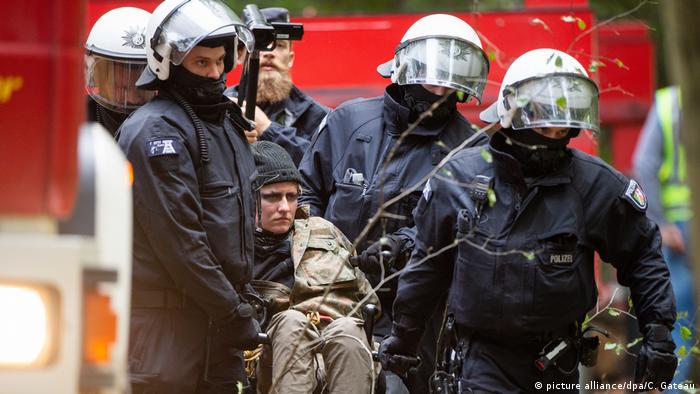 You may have caught wind of the drama unfolding in Hambach Forest, just 50 kilometers from where I sit at DW headquarters in Bonn, Germany.

If so, you know that police are working to evict a band of activists that have been occupying a patch of trees for the past six years.

But what you may not have gotten from media reports is the profound significance the outcome of this struggle will have — for the future of energy in Germany, as well as for climate protection around the world.

First, the basic facts: German energy giant RWE runs some of the largest brown coal mines in Europe, among them the Hambach mine in western Germany, near the border of France, Belgium and the Netherlands.

RWE has been gradually expanding this mine over the decades it's been profiting from brown coal extraction. At the edge of the massive open pit are a few hundred hectares of forest — it's a tiny scrap left over from what's already been cut down: the Hambach Forest. 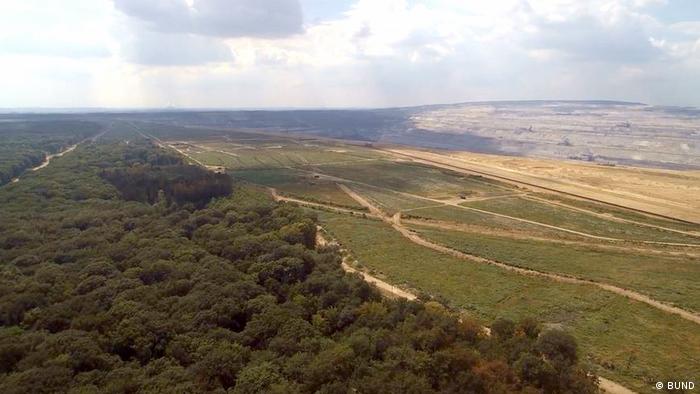 Since 2012, activists have been living in dozens of treehouses they've built, in anticipation of the day when RWE — which owns the land and is legally allowed to cut down some forest every year, to mine the brown coal underneath — starts to do just that.

That day has come. But the timing to cut now couldn't be more suspect, as Germany recently formed a special commission to decide when exactly the country intends to phase out coal production.

You see, brown coal is the dirtiest fossil fuel. And Germany, long a forerunner in the transition to renewable energy, knows that coal eventually has to go in order to protect the climate.

But Germany is schizophrenic when it comes to energy. On the one hand, it had ambitious emissions reduction targets, and in past decades moved decisively to transition its own energy mix toward renewables. 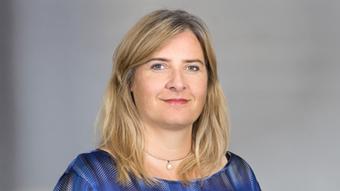 On the other hand, and ever more over recent years, the German government has been caving in to the power of the coal lobby, and putting off the coal exit. This makes no sense in light of the fact that a coal exit is inevitable, especially as renewables quickly gain the upper hand as the cheapest source of energy.

Add to this that if RWE did log the forest and burn the brown coal underneath, that would blow Germany's entire carbon budget in terms of allowed emissions to prevent catastrophic climate change.

So the struggle in Hambach Forest centers around a basic question: What's more important, short-term profit or long-term well-being?

The outcome is likely to shape the future of energy in Germany: If the forest gets razed and the coal underneath burned, it's a signal that business as usual is likely to continue over years to come — that Germany will overshoot necessary emissions limits, and contribute to dangerous climate change.

But if the forest stays rooted and the coal stays in the ground, that could mark a genuine turning point for Germany's energy future.

'Business as usual' on the table

The activists holed up in treehouses have taken on a massive opponent: business as usual. The tree-sitters are by most accounts peaceful, idealistic people standing up for what they believe is right.

They love nature, and point out how biodiverse this patch of woods is. Hambach Forest is valuable because it's a still-standing reminder of the ancient forest that used to cover Germany and much of Europe.

So what do we as a society value more, and what do we want to see for our future: intact nature and sustainability, or fossil fuel profits and climate catastrophe? That's the core of their struggle.

Opponents point out that if the coal weren't mined, some several thousand jobs would be lost. Well, how many jobs, how many billions of euros, how many lives will be lost if climate change continues unabated? Germany's extreme-weather summer, with its crop losses of one-third this year alone, is a mere taste of what's to come if business as usual carries on.

Others argue the activists are wrong for trespassing and occupying private property owned by RWE. But just because something is illegal, doesn't mean it shouldn't be done. It was illegal for women and people of color to vote in the last century. If nobody had stood up against that, it might still be.

Likewise, just because something is legal, doesn't make it right. The morally correct thing would be for the German government to intervene and stop RWE from chopping down Hambach Forest and burning the coal underneath.

This would send a signal to the world: Time to take a stand against the domination of fossil fuels, and finally shift our energy economies to a sustainable future.

I think the tree-sitters are brave. And I hope they win.

Although Germany has ambitious plans to reduce CO2 emissions over the upcoming decades, a total phase-out of the country's main climate culprit still seems far off. A report from Germany's biggest coal battleground. (03.04.2017)

Russia: Children killed in shooting at school in Izhevsk 2h ago

Cardinal, 5 others on trial over Hong Kong protest fund 3h ago