How far is Germany from a complete coal exit? | Environment | All topics from climate change to conservation | DW | 03.04.2017

Although Germany has ambitious plans to reduce CO2 emissions over the upcoming decades, a total phase-out of the country's main climate culprit still seems far off. A report from Germany's biggest coal battleground.

Germany has committed to reducing greenhouse gas emissions by 40 percent until 2020, and to halving emissions from energy production by 2030.

Experts warn there is only one way to reach these targets: moving from fossil fuels to renewable energies.

But in Germany, the mining company RWE is planning the expansion of some of Europe's biggest coal mines - Garzweiler and Hambach.

Next to the Garzweiler lignite mine, activists have been occupying an ancient forest that is soon to be cut down for the Hambach mine expansion.

The controversial question remains: Will Germany ever be ready for a total phase-out of coal power production? And if so, how far is it from becoming a reality? The Hambach protest has become the main stage in a struggle that is playing out in answer to this. 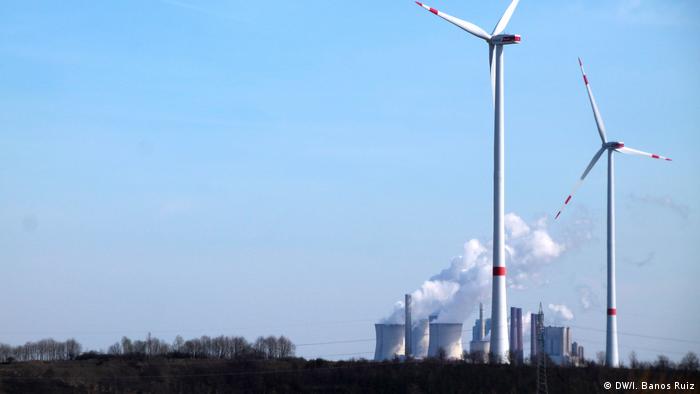 For nature-lovers, a view of the Garzweiler mine is heartbreaking. Monstrous machines and massive holes in the brown ground stand in stark contrast to the typical greenery of Germany.

Coal mining - including lignite - has a strong presence in the country. Brown coal still constitutes about a quarter of the country's power production.

"No other country in the world uses as much lignite as we use in Germany," Uwe Leprich, head of the climate protection and energy department at the German Federal Environment Agency, or UBA, told DW.

According to the UBA, the cost of environmental damage related to lignite amounted to 16.8 billion euros ($18 bilion) in 2014 alone. Brown coal is responsible for a third of all CO2 emissions in the western German state of North-Rhine Westphalia - home to Garzweiler and Hambach. 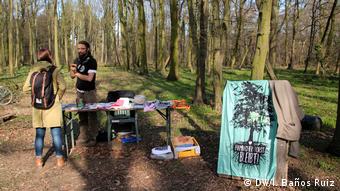 Jus, one of the activists living in the Hambacher forest to try and prevent it from getting cut down, told DW that lignite is also the number-one cause of mercury poisoning for fish.

For him, coal belongs to past centuries and a move towards cleaner forms of energy is a must.

"Coal is a technology from the time when we used horse carriages," Jus said. "It is time to move away from it."

Coal power plants have decreased production over past years, explained Leprich. But most of Germany's coal plants still run throughout the year. Lignite as a source of fuel is simply too cheap to let go of so easily, so the thinking goes.

Since 2016, several lignite power plants have been turning into power reserves. Over a four-year period, the plants will remain ready to spring into action in the case of emergency power shortages. After that time, the plan is to shut them down for good.

RWE expects power production from lignite to be phased out by the middle of this century, the company told DW. For them, that means once all brown coal permitted has been extracted from its mines.

Eco-activist: "Coal is the dirty alternative"

For now, these power plants are a necessary backup for the transition toward renewable energy, RWE maintains.

But UBA's representative said the expansion of the mines is absolutely incompatible with Germany's CO2 reduction targets.

"We have to cut back lignite power production, and it makes no sense at all to have new mines," Leprich said.

Environmental groups have been urging a shift.

"We want to immediately switch off these dirty and highly climate-damaging coal plants," Karsten Smid, campaigner for climate and energy at Greenpeace, told DW.

Up to 15 gigawatts of coal-fired power could already go off the grid without jeopardizing the country's energy supply, he asserted.

Now, everyone is looking closely to the federal government for guidance. But nothing will happen before the 2017 elections, experts believe. 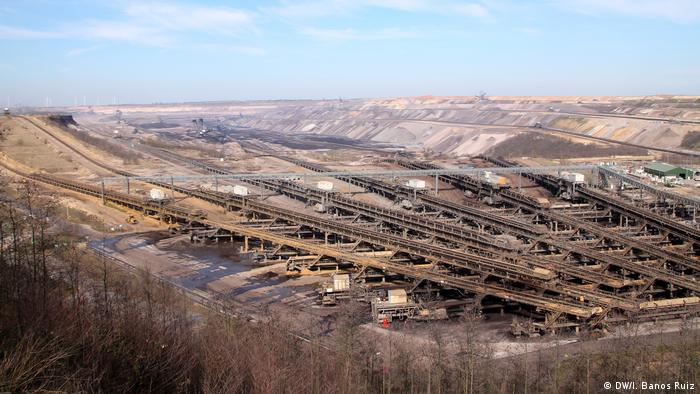 RWE has extraction rights for the Garzweiler mine (above) until 2045, and for the Hambach mine until 2040

A commission is planned for 2018 to develop a phase-out plan for coal. Both Leprich and Smid are convinced that the new government will make a definitive decision on the future of coal mining.

Once the federal government decides on a mechanism to choke down CO2 emissions and phase out coal mining, both the right to mine and state decisions on this will no longer be valid, Leprich explained.

This is of crucial importance, since the Ministry for Climate Protection and Environment of North Rhine-Westphalia argues that the federal green light for lignite mine expansion forms the basis of RWE's right to mine coal.

But some say this is a paradox.

"To have the renewables extension on one side and still so much lignite on the other is a contradiction," said Leprich. "We will be forced to change things."

Greenpeace expert Smid is aware the switch will not be easy - but he's convinced it will come.

"The change will not come automatically," says Smid. "But I am sure environmental groups will win this battle - the facts are on our side." 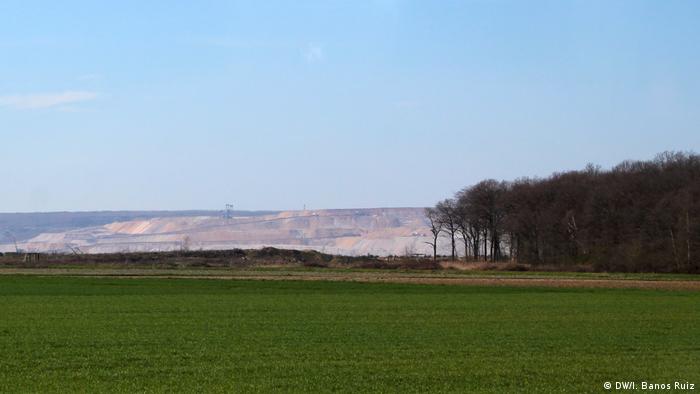 Back at the Hambach forest, Jus points out that climate protection is not just a question of switching to renewable energy, but also relates to degrowth.

For the environmental activist, even with green energy, our lifestyle today is unsustainable.

We would need 12 Earths if everybody would consume as much as people in the United States do, and four Earths if everyone were to maintain a European lifestyle, he pointed out.

"We are crossing the point of no return," Jus said. "We need to slow down."

Coal, steel and heavy industry all featured prominently in Essen's past. But now the reinvented Ruhr region hub is showing off its environmental credentials as 2017's European Green Capital. Samantha Early paid a visit. (02.01.2017)

Although Germany has committed to reducing its greenhouse gas emissions, the country still relies on coal. Mining company RWE wants to expand its mines; activists oppose it. A visit to the region, in photos. (03.04.2017)