Coal, steel and heavy industry all featured prominently in Essen's past. But now the reinvented Ruhr region hub is showing off its environmental credentials as 2017's European Green Capital. Samantha Early paid a visit. 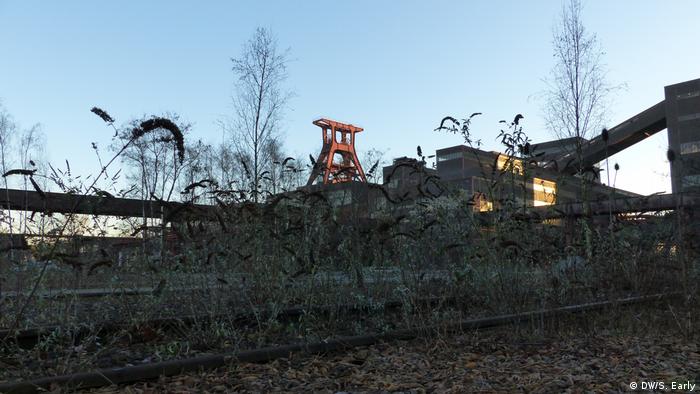 Stepping on to the platform at Essen's central station on a clear winter's morning, the first thing to catch my eye is a giant billboard proclaiming this "the shopping city." Pondering the relative merits of retail therapy and sustainable living, I have to navigate the new European Green Capital quickly to make my first appointment.

At the headquarters of the local project team for Essen, European Green Capital of 2017, team leader Ralph Kindel explains that the city of 590,000 people (in the heart of the Ruhr metropolis of some 5.1 million) has a history of transformation - from a rural region to an industrial one with the discovery of coal, to the dark chapter of weapons manufacture under the Third Reich, then later as a hub of the "economic miracle" as Germany rebuilt. With the decline of the local steel and coal industries in the later 20th century, it faced what locals call the "Strukturwandel" - structural change.

"From green to gray to green again," is how Kindel describes it. 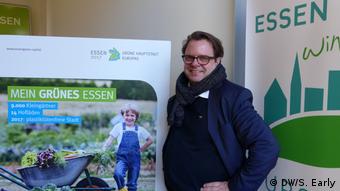 He says the groundwork of a green city was laid in the 1920s by a visionary planner named Robert Schmidt. As the population exploded with industrialization, Schmidt realized workers needed green spaces to recuperate.

Several parks were set up and though that took a backseat for decades, new parks have since been established and Kindel says by 2020, the people of Essen will only need to travel 500 meters (a third of a mile) to access a network of green spaces.

"This ability to transform…makes Essen so exciting and also an example for Europe because we have mastered problems, and are tackling problems, that other regions in Europe will still be facing."

Essen was awarded the annual title by the European Commission. It was established to promote and reward cities' efforts to resolve environmental challenges. An expert panel and jury weigh up how well applicant cities are doing in areas including climate change mitigation and adaption, local transport, air quality and wastewater.

Winners are announced 18 months in advance. When Essen was made titleholder for 2017, the judges praised its "admirable efforts" to overcome its challenging industrial past and reinvent itself as a "green city." 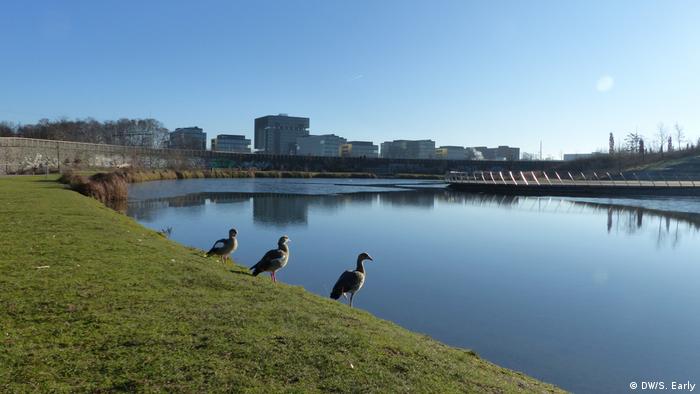 The Krupp-Park includes a lake fed by rainwater. In Essen's industrial heyday, clear blue sky was hard to spot

Kindel points to the more than 200 community projects planned as examples of ways the organization wants to use this year's special status to change presumptions about Essen as a city of coal, steel and smokestacks.

"No one expects to find so much green here," he says. "We want to present the reality."

The staff here seems to walk the talk, or pedal it, to be precise. There's a bike at reception which, project team member Christina Waimann tells me, is used to run errands. But she needs more than two wheels to give me a whistle-stop tour of Essen's green attractions. I'm relieved when she tells me her Smart car is very economical.

An example of water management

Our first destination is the Krupp-Park named for Friedrich Krupp, founder of what became ThyssenKrupp, the major global steel company which has its headquarters in Essen. Waimann says it's an example of the city's structural change and adaptation to climate change through sustainable architecture, landscaping and water management. A lake is filled by rainwater from the roof of the steel giant's headquarters and surrounding parkland.

The "Radschnellweg Ruhr," an Autobahn for bicycles to link the Ruhr cities, passes by the park, part of the 376 kilometers (234 miles) of city cycleways. As we head to our next destination, Waimann explains traffic jams are still a problem. The city is aiming for a quarter of trips to be made by bike by 2035. 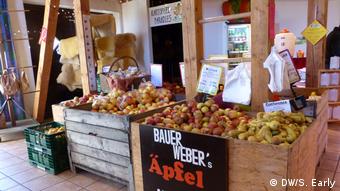 In 15 minutes we reach what Waimann tells me is Essen's greenest street - Schuirweg. What makes it "green" is that it's home to farmers who are working alongside community gardeners and small growers to promote regional produce, one of the goals of Essen's Green Capital campaign. The argument goes that eating from close to home cuts down on transport emissions and increases awareness about food production.

Nikolas Weber's family has been farming in this area longer than he can count. Today they grow a wide variety of fruits, vegetables and grains as well as raising animals, selling the produce on site. They also rent out fields for other growers. For him, there's no better example of sustainability.

From filthy river to swimming spot

Perhaps one of the most concrete results of Essen's transformation is the fact that from May, people will be able to swim in the Ruhr River for the first time in generations. The Baldeneysee, a lake in the river, will become a certified bathing spot under EU standards. Kindel says the Ruhr was once one of the dirtiest industrial rivers in Europe, closed to swimmers since the early 1960s. 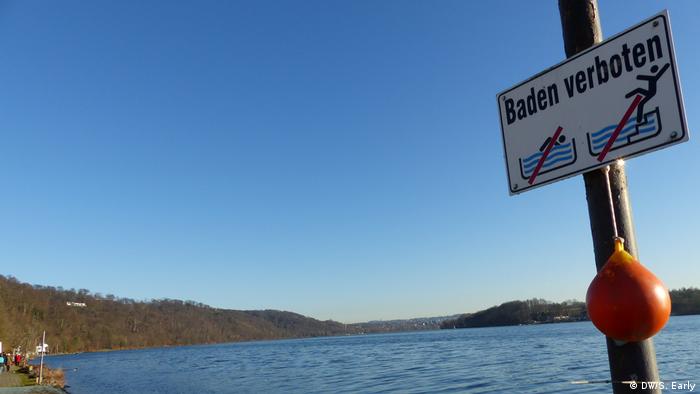 Come May, people can finally enjoy swimming in the Baldeneysee again

"It shows that we are no marketing gag… we are harvesting the results of all the work people have put in over in the past few decades and that makes us proud," he said.

Friends Stefan Booms, 25, and Simon Weber, 26 are enthusiastic about the city's new claim to fame and looking forward to swimming in the Ruhr. "It's great, we were in a canoe club for some months and we were on the river in that time but it's great to be allowed to swim again," Booms said. "I think we will try it!" added Weber.

My final stop is the Zeche Zollverein, a former coal mine which has been a UNESCO World Heritage site since 2001. I'm told no other place symbolizes Essen's transformation quite like this one. It's home to a museum and cultural centers as well as plant species from all over the world which arrived with the coal lorries and grow amidst the concrete, brick and steel structures. Kindel is looking forward to an international congress this year, when researchers will catalog the site's biodiversity. 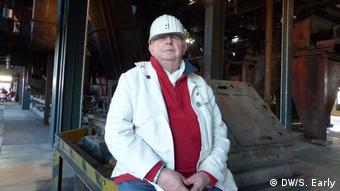 Spahn has experienced many of Essen's changes

Heinz Spahn has witnessed these changes more closely than most. Born in 1940, he worked at the Zollverein until closing day in 1986 and now shows visitors around. He recalls the days when the air smelt like rotten eggs due to sulfur and you had to check the wind direction before hanging washing out - lest the whites turn gray or yellow due to the air pollution. He's glad Essen's now a green capital.

He hopes the new title will bring more business and tourism to the city and says despite favoring isolation in nature over city bustle, he's proud to be an Essener.