As negotiators from the European Union and the United States meet again to iron out the details of the envisaged free trade deal, criticism against the pact, however unjust, is getting louder, says DW's Henrik Böhme. 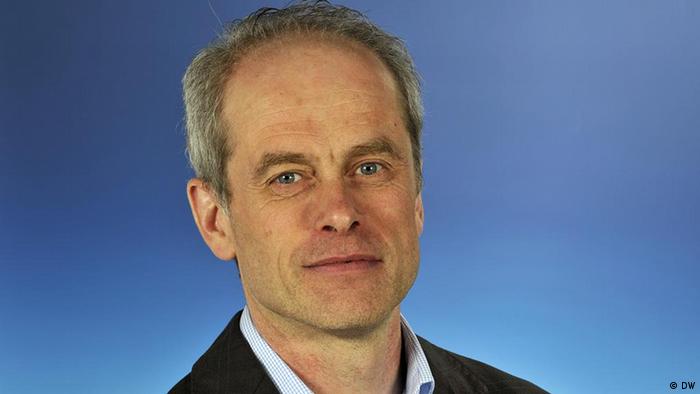 Thank you, dear chlorine-washed chicken that you exist! You are such a wonderful product, but at the same time you have become the critics' symbol for the EU-US free trade agreement that would create the world's largest trading bloc.

Finally, we have something to be both excited and outraged about.

Here they come, the evil Americans. First, they eavesdrop on us; reading our emails and bugging our chancellor's phone. They then follow up by inundating us with their sickening, dangerous products. Organic farmers from the Eifel region are going bankrupt due to the US concern Monsanto's army of genetically modified (GM) maize.

German small and medium enterprises are vanishing as a result of the billion-dollar lawsuits filed against them by American law firms. These are some of the fears and concerns that Europeans have.

The Dispute Over the Transatlantic Free Trade Agreement

Allegedly the end of the western world - as we know it - is imminent. But what is the reason for such doomsday scenarios? There is obviously a deep-seated fear, which is particularly widespread in Germany and France. But in order to understand the root cause, one has to look back at the times of the last major European Union enlargement some ten years ago.

At that time, there were fears of cheap labor from new member states flooding into Germany and seeking generous social welfare benefits. Germans lobbied for transition periods that would delay giving citizens of the EU's newest member states access to the country's labor market. But current figures on migration show that these worries were unfounded.

Why doesn't one turn the tables on these passionate debates? The negotiations are a unique opportunity to make it clear to Washington that if it wants to trade freely with Europe without any customs barriers, then it may not spy on us. Otherwise, there's no deal.

Throwing stones in a glass house

And who says that European standards are always the better anyways?

If the Americans wash their chicken with chlorinated water, Germans fill their turkey with antibiotics. European pharmaceutical companies complain more about the US Food and Drug Administration (FDA) than its European counterparts.

In the US, if something goes wrong with a drug then the potential class action against the company responsible can land the firm in serious financial difficulties. In Germany, however, such a provision doesn't even exist.

However, most of the criticism has so far been directed at the alleged lack of transparency in the negotiation process. But this is justified only in part.

Firstly, it is untactful to make all papers public at the time of negotiations as it weakens one's position, particularly when the talks are tough.

And secondly, important documents on topics such as the highly controversial investment protection clause can be accessed on the Internet, although I'm certain that the clause will not be included in a final deal. Furthermore, the national parliaments of all EU member states may have to ratify a possible agreement, even if Brussels is against it.

What I think is much more important - and I agree with the critics here - is that such free trade agreements would serve as a role model only when they make market access to third parties, such as Africans, easier, and not more complicated. This is a major drawback of existing bilateral pacts.

In contrast, the question of chlorine-washed chicken is a no brainer. But the front of the critics always needs an heraldic animal and let that be granted to them.