One in three girls from poor households has never attended school: UNICEF 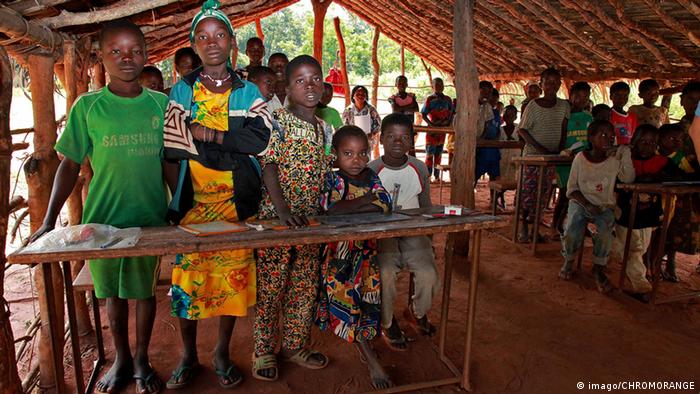 According to a UNICEF paper released on Sunday, poverty, gender discrimination, disability, ethnic origin or language of instruction, physical distance from school and poor infrastructure are the major obstacles that prevent children from impoverished families from accessing quality education.

The UNICEF launched its study "Addressing the learning crisis" at the Education World Forum as world leaders prepare to convene the World Economic Forum in Davos.

The study says that exclusion of the poorest children from education is a key driver of a global learning crisis.

"Countries everywhere are failing the world's poorest children, and in doing so, failing themselves," said UNICEF Executive Director Henrietta Fore. "As long as public education spending is disproportionately skewed towards children from the richest households, the poorest will have little hope of escaping poverty, learning the skills they need to compete and succeed in today's world, and contributing to their countries' economies."

Read more: Over 60 percent of Afghan girls not in school, says report

Disparities in education spending are particularly high in ten African countries, with four times as much funding allocated to the richest children compared with the poorest.

Guinea and the Central African Republic are the countries with some of the world's highest rates of out-of-school children, with the richest children benefitting more from the public education funds than the poorest children.

Barbados, Denmark, Ireland, Norway and Sweden are the only countries included in the paper that distribute education funding equally between the richest and poorest households.

According to the World Bank, more than half of children living in low- and middle-income countries cannot read or understand a simple story by the end of primary school.

The UNICEF study urges the governments to distribute funds to ensure that children from the poorest 20% of households benefit from at least 20% of education funding.

"We are at a critical juncture. If we invest wisely and equitably in children's education, we have the best possible chance of lifting children out of poverty by empowering them with the skills they need to access opportunities, and create new ones for themselves," said Fore.

Prioritization of public funding for lower levels of education and a gradual increase of allocations to higher levels has also been recommended.

The paper stresses the need for better primary education, as it is "the foundation upon which every stage of schooling relies."

"Children who complete pre-primary learn better, are more likely to stay in school and contribute more to their economies and societies when they reach adulthood. Allocating at least 10% of national education budgets will help achieve universal access," according to UNICEF.

Malala Yousafzai, Pakistan's Nobel Peace Prize recipient, has visited her home town of Mingora, where a Taliban militant shot and wounded her in 2012. Security officials said her visit by helicopter was for only one day. (31.03.2018)