Around two-thirds of girls in Afghanistan are not in school, according to a Human Rights Watch report. Despite improved access to education, security concerns and social stigma keep most girls out of the classroom. 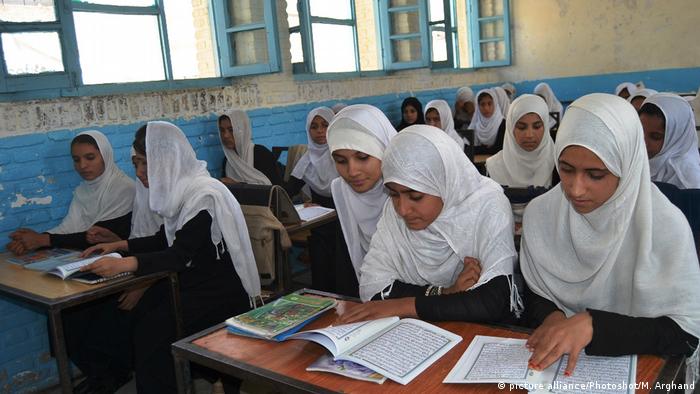 Despite efforts from the Afghan government and international agencies to improve girls' education, girls in Afghanistan still lag significantly behind boys, Human Rights Watch (HRW) said in a report on Tuesday.

The organization surmised that improving access to education was "not a completed task" although Kabul and donors have made "impressive progress" in getting girls to attend school.

Read more: How can Iran educate a million Afghan refugees?

Under Taliban rule, very few girls were allowed to study with many classes taught in secret. Since the fall of the Taliban in 2001, improving the situation for girls became a focal point for many donors and the government, but continued fighting and deadly terror attacks have hampered progress.

"Insecurity, poverty, and displacement are now driving many girls out of school," said Liesl Gerntholtz, women's rights director at HRW. 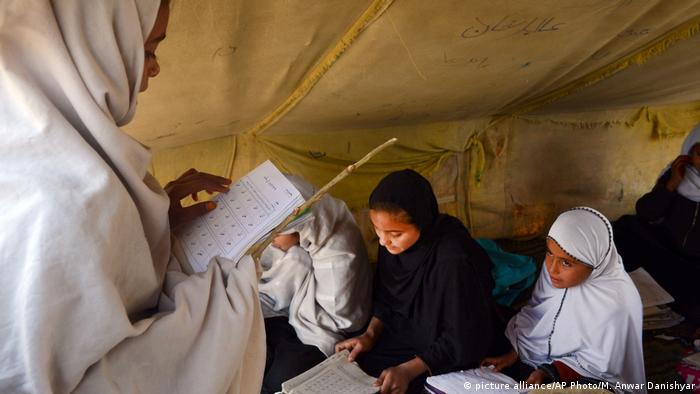 A total of 41 percent of schools in Afghanistan do not have buildings and many children live too far away from the schools to be able to regularly attend classes or attend at all.

The distance and security factors particularly hamper girls' access to education, according to HRW's report.

"Families struggling to meet education costs may prioritize boys, it is often harder for girls to overcome administrative barriers, and lack of female teachers and infrastructure affect girls more," the report stated.

The report also notes that there is a stigma around girls who attend school, with access to education growing increasingly limited as they grow older.

Nazira, a 15-year-old girl interviewed for the report, said that her older sister wasn't allowed to study and that it was only by chance that she was allowed to attend school for five years.

"My elder uncle was alive then and he wouldn't allow anyone to study. But he died, so I could go," she said. The report notes that her parents ultimately forced her to drop out when she was 12 years old.

Every third Afghan child is not in school