A ban on child labor in Africa is not enough

Many children in Africa have to work as domestic help, on plantations or in prostitution to survive. They are robbed of their childhood and guaranteed a life in poverty if they are kept out of school. 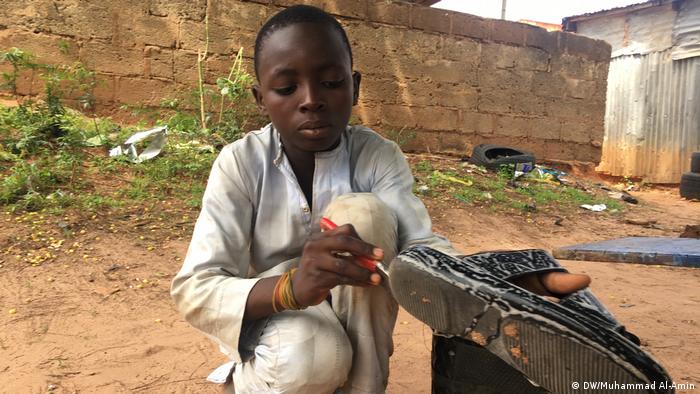 "My name is Ali, and I'm 13 years old. I have been working as a shoe shiner for two years now. I buy food and clothing for myself and I support my brother."

You only have to take a short walk on the streets of Maiduguri, in northern Nigeria, to meet scores of children like Ali Usman, all trying to make a living. Ali roams the streets in dirty clothes, polishing strangers' shoes. His parents were killed by Boko Haram, and he takes care of himself and a sibling. According to the National Bureau of Statistics, 50.8% of Nigeria's children work full time.

Child labor has many faces. "They include dangerous, exploitative or physically demanding work," says Ninja Charbonneau of the United Nations Children's Fund, UNICEF. "Forced labor, prostitution and work in gold mines are just a few examples." Most of the children in Africa work in agriculture and livestock farming, as well as in small family businesses. Child labor often goes unpaid.

"The damage the children suffer is enormous. It means the end of their childhood," says Charbonneau. "The children cannot grow up in a normal and carefree way, as is their right. Often they do not go to school, which only reinforces the vicious circle." Without education, the children will be less able to get well-paid jobs. "It reduces their chances to get out of poverty, and this will perpetuate itself throughout generations." 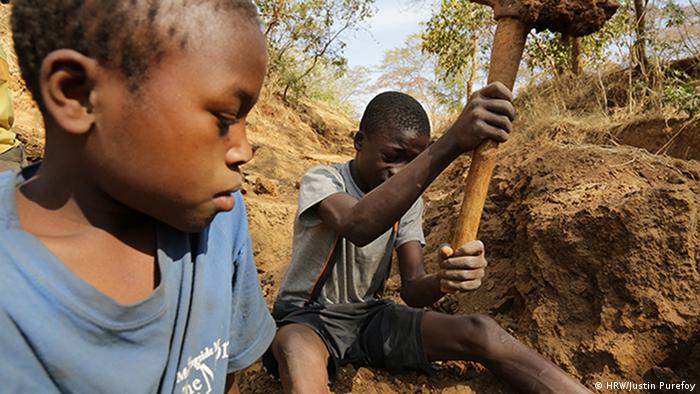 Children working in a gold mine in Tanzania

Diallo Assitan Fofana, president of the Association for the Promotion and Protection of the Labour Rights of Women and Children in Mali, says that in his country, thousands of young girls move from the countryside to the city. "They are migrant workers who work in the households of the big cities to help their parents in the villages and provide for themselves. Many are minors. They have not been to school or dropped out." The International Labour Organization of the United Nations (ILO) sets the minimum working age at 15. However, the international standard is often only partially incorporated into national law. In Botswana, Eritrea, Kenya, Nigeria and Uganda, for example, minimum age protection does not apply to children outside formal working relationships.

Africa's fight against child labor appears to be stagnating. According to UNICEF, the number of working minors increased between 2012 and 2016 — despite measures taken by African governments to fight child labor. "Many factors play a role here," says Charbonneau, "but the main reason is the sluggish economic development of many countries in sub-Saharan Africa. Another factor is conflict. In countries with conflicts, we habitually observe an increase of children who have to work. Whether in Mali, Somalia or Sudan, growing poverty forces children to help secure their family's livelihood." Many displaced families lose their income, especially if the main breadwinner is killed or gets separated from the rest of the family. 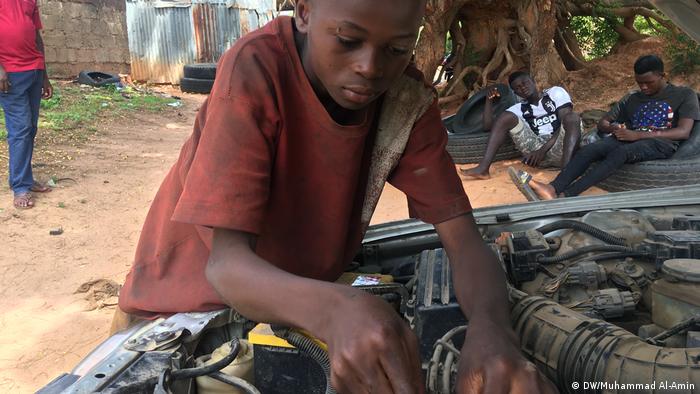 14-year-old Ibrahim works as a car mechanic in Maiduguri

The United Nations has committed itself to ending child labor by 2025. "Clearly we are not moving fast enough right now," said Charbonneau. Changing laws will not suffice either. "Banning child labor in general is not enough. If the family is dependent on income and has nothing else to fall on, then perhaps you are not doing the children a favor." Charbonneau argues for a radical change to the whole environment and general working conditions instead.

Charbonneau highlights four approaches: "First you need to create effective legislation to prohibit child labor in its hardest forms and really enforce the ban." Secondly, the circumstances for families as a whole must be improved. "For example, there must be social protection in the event that both parents are unemployed. Parents need fair job opportunities and fair pay so that the children do not have to work in the first place." In addition, there must be free and high-quality educational opportunities for the children so that they remain in school.

The third approach involves a change in mentality. "It must be pointed out that child labor remains a problem and that it is detrimental to the development of children. And in the fourth place, companies must also contribute in a major and important way, much more so than before." 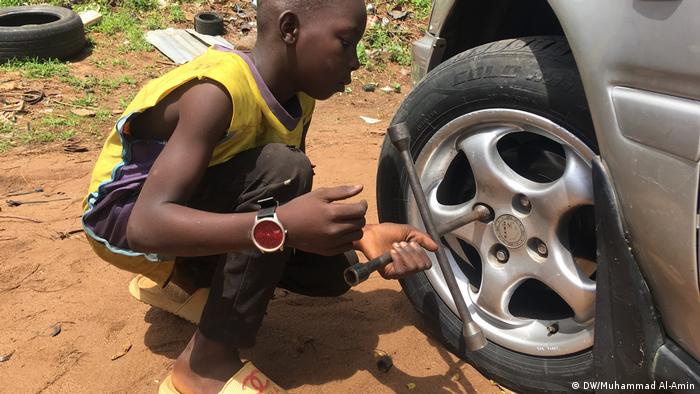 Small steps forward in some countries

Countries such as Ivory Coast, Mali and Rwanda have already strengthened occupational health and safety regulations for children, while other governments have appointed committees or working groups to examine the problem. Such is the case in Gambia and Benin, where a new government taskforce on combating human trafficking organized a workshop to develop a national anti-trafficking policy, an action plan and guidelines for data collection. Mali has raised the minimum age for work to 15 years and expanded the list of hazardous occupations or activities prohibited for children.

Muhammad Al-Amin contributed to this article