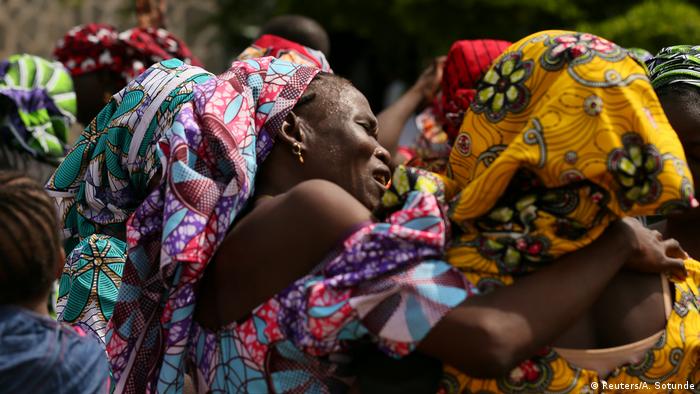 In May 2017, families finally met up with 82 of the Chibok girls who were released after negotiations with Boko Haram

On April 14, 2014, 276 female pupils at the rural boarding school in Chibok were attacked and kidnapped by Boko Haram militants. Some of the girls were as young as 14. The abductions sparked outrage across Nigeria and around the world as campaigners demanded that officials do more to find and free the girls. Out of the 276 girls, the fate of 112 girls still remains uncertain. Many are still in captivity, but it is believed that not all of the girls survived the harsh conditions of life under Boko Haram.

The Islamist militant group Boko Haram (usually translated as "western education is forbidden") has repeatedly targeted schools in northern Nigeria and neighboring countries. In February 2018, militants of the group attacked another school in Dapchi, kidnapping 110 girls. Five died in the aftermath. The rest of the girls, including a Christian girl who refused to convert to Islam, were released a month later.

According to UNICEF, Boko Haram has kidnapped over 1,000 minors and killed over 2,000 teachers. The UN organization says that only 53 percent of children of school age in northern Nigeria are currently attending classes.

Alhajy Bashir Muhammad is a father of nine. In response to the attacks, he has stopped sending his children to school. "Frankly speaking, we can't take our children back to public school because there is no adequate security," he says. "No measures are taken by the government to protect them."

The constant threat of an attack has had a drastic effect on young people's education across northern Nigeria. In the long run, the massive gaps in formal education threaten to significantly stunt development and increase poverty in the region.

Women's rights activist A'isha Alh Kabu says that girls are disproportionately affected by this situation. Many educational activities for girls have stopped entirely and many secondary schools for girls have closed. "In places like Damboa, Baga and Mafa, schools do not exist," she says. "Most of the girls are not going to school." 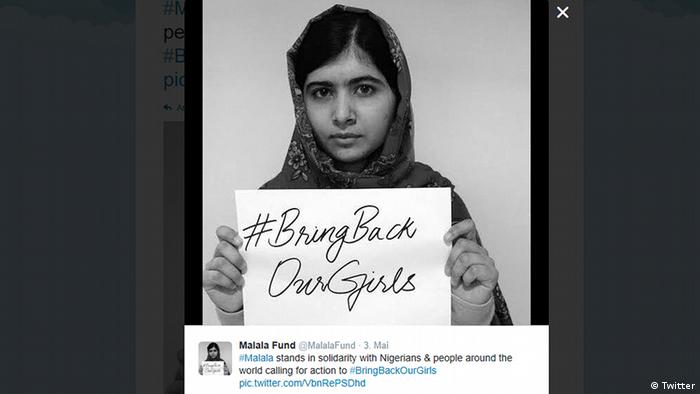 The #BringBackOurGirls campaign, calling for more efforts to find the abducted Chibok girls made its way around the globe; education advocate Malala Yousafzai, who survived an extremist attack on her way to school in Pakistan, showed her support

Abducted to join the militants

The extremist threat not only affects northern Nigeria, but also the border regions of Cameroon and Niger. School buildings have been set on fire and schoolchildren have been kidnapped and recruited as suicide bombers or child soldiers.

Abdouraman Bello is 17 years old. Last year, Boko Haram fighters kidnapped him from his school in Fotokol near Cameroon's border to Nigeria. He was taken to Sambisa Forest in Nigeria, where Boko Haram are known to have their main hideout. He was forced to run errands and spy for the group's members. At one point the militants asked him what he would tell people if they let him go back home. "I said I would only inform them that I have been freed," says Bello. "They told me I was lying and that I should have instead opted to remain with them. They said if they allow me to return, I will tell the military where they are and they will be killed so they will not let me go."

After he was eventually freed by the Cameroonian military, Bello he swore to himself out of fear that he would never to go back to school. In the meantime, however, he has returned to his old school in Fotokol.

Read more: No return to normal life for freed girls of Dapchi 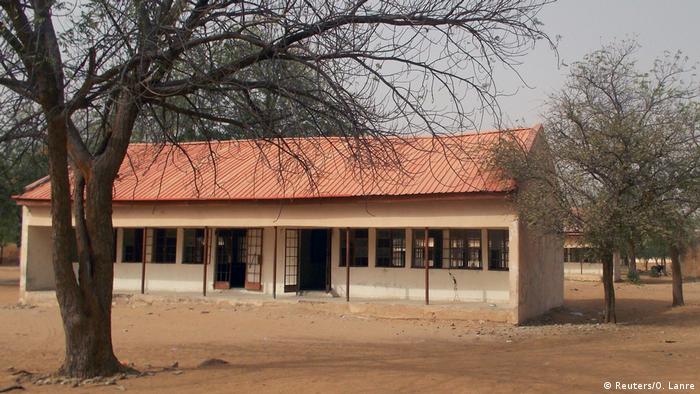 The school in Dapchi from which over 100 girls were abducted

Teaching under the extremist threat

It is not just students who stay at home: Teachers also fear for their lives. According to Cameroon's government, around 600 teachers are refusing to go to work.

Teacher Patricia Ngum was supposed to be posted to Bello's school in Fotokol. She decided against the transfer and remained in Maroua, where it is safer. "Do you expect me to go to a place where I can be killed? There are burnings of schools, there are hostages, there are suicide bombings where somebody decides to kill himself in order to kill a number of people. So when you are posted to this area to work, you are not sure of what will happen to you."

Her colleague, Mainimo Etienne, however, is urging the government to rebuild the schools that were destroyed. "If we don't do anything, the future of these children, the makers of tomorrow, is in great danger. So many of them do not go to school."

With its long border with northern Nigeria, neighboring Niger has also seen a spike in violence. In March alone, 88 civilians were killed by the terrorist group. More than 18,000 people had to flee their homes, according the UN.

Observers suspect that this has also had an impact on school attendance, but Lalaina Fatara Andriamasinoro of UNICEF Niger says there are still no figures on the actual effect.

Sanda Zoua, a regional education officer in northern Cameroon, admits that the drop in school attendance is alarming. At the end of 2018, 124 schools were closed. "The last suicide bombings have restricted schools from functioning normally," he says. "In January this year, we were forced to close three schools in Waza region."

In Cameroon, education is not only under threat from Boko Haram. For the last few years, the country has been experiencing significant political upheaval in its anglophone-majority regions, the southwest and northwest, where separatists are demanding independence. English speakers make up about 20 percent of the country. The separatists, who are calling for a free state of "Ambazonia," have said that children in their regions should no longer go to mainstream Cameroonian schools. In mid-February, 2019, separatists abducted 170 students at a Catholic school in Kumbo. The students were released a day later, but the fear of sending the children to school remains.

Moki Kindzeka and Muhammad Al-Amin contributed to this article.