New "2G-plus" restrictions in Germany pose more challenges to the hard-hit industry. But it may be an opportunity for innovations in tourism. 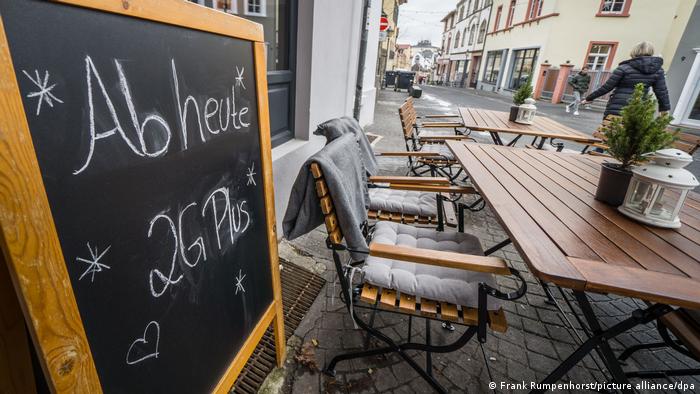 Last Friday was yet another dark day for the German tourism industry. Due to the rapid spread of the omicron variant, German leaders agreed on implementing the "2G-plus rule" for bars and restaurants. "2G" stands for "geimpft oder genesen" — vaccinated or recovered, with the "plus" meaning that one must also have received a booster shot or be able to show a current negative test in order to eat and drink out.

The addition of the new measures is the next in a series of countless setbacks for Germany's beleaguered tourism industry. Many fear a massive drop in customers or that it will no longer be profitable to operate under the new regulations and businesses will be forced to close.

"The situation is once again dramatic for many of our members," said Ingrid Hartges, managing director of DEHOGA, Germany's Hotel and Restaurant Association. She fears further revenue losses due to the stricter access rules and feels the measures are not proportionate, while pointing out that figures from the Robert Koch Institute, Germany's main public health authority, show that the hospitality industry was not a driving force in spreading infections during the pandemic. Hartges cites figures showing that from January to October 2021, her industry lost nearly 42% in sales compared to the pre-pandemic year. 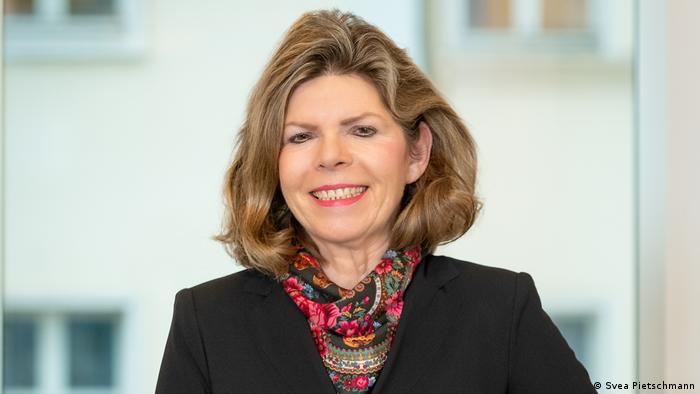 The loss was even greater in November and December, since businesses closed during Christmas and New Year's Eve due to the restrictions. Over half of those surveyed reported fearing for the survival of their business, despite the fact that government aid has been extended until the end of March.

Smaller businesses have been especially hard hit by the pandemic. "There is a complete shakeup in the market right now," said tourism researcher Claudia Brözel of the University for Sustainable Development in Eberswalde. Large tour operators or airlines fared better throughout the pandemic thanks to generous government support.

The effects on different sectors of tourism industry in Germany vary greatly. Hotels in popular vacation regions, for example, have benefited from an increased interest in summer travel — at some, sales were even better than before the pandemic. It's no wonder, then, that tour operators are cautiously optimistic for the coming year. 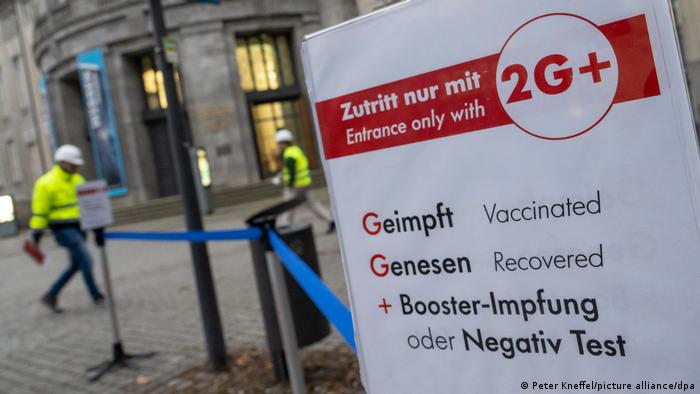 "2G-plus" means only people who are vaccinated, recovered and can present either proof of a booster shot or negative test can go to bars and restaurants

By contrast, accommodations in cities typically used for conferences and business trips, for example, have struggled with low occupancy rates for nearly two years. The lack of guests could continue very well after the pandemic. Most experts assume that many business trips will continue to be replaced by online meetings in the future, even when the pandemic is over. "We learned from the pandemic that we don't need all the travel," says Claudia Brözel. "If you still want to survive, you have to be innovative," she adds.

But even if the industry manages to largely survive the pandemic, other major problems await it. One of the most serious is a lack of workers. Difficult to find even before COVID-19 hit, the pandemic has created even more labor shortages. Many workers have now turned their backs on tourism jobs, preferring, for example, to work in the automotive industry or in retail. 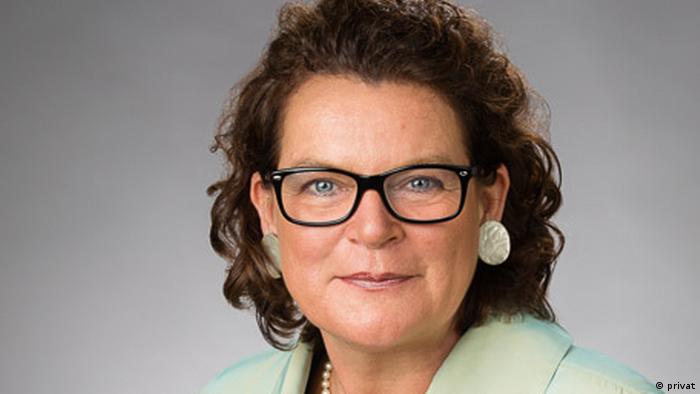 In October 2021, Germany's Federal Employment Agency showed a decline of 82,000 employees subject to social security contributions, says Dehoga Managing Director Hartges. In an interview with DW, she called for more training, higher training pay, greater appreciation for employees and a non-bureaucratic solution for the immigration of skilled workers from abroad.

Tourism researcher Brözel blames not only the pandemic but also the nature of the industry. "Tourism is known for involving a lot of work, poor working hours and little pay," Brözel said. "If you want to attract workers, you have to make the offer more attractive." 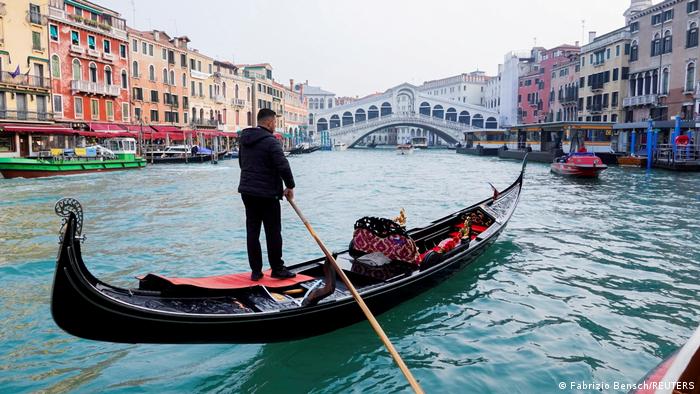 Venice has used the pandemic to rethink sustainable tourism

Moving away from mass tourism?

In many places around the world, the pandemic has caused tourism industry officials to rethink their strategies. Cities plagued by crowds of tourists, such as Venice, have used the past few months to implement systems to regulate the number of tourists and prevent overcrowding.

An increasing number of suppliers are focusing on sustainable offers and emphasizing quality over quantity — even if it means travel will become more expensive as a result. According to tourism researcher Claudia Brözel, this trend is also necessary to future-proof the industry. For too long, companies had relied on discount prices that made travel profitable only for the masses, she says. "Now providers have realized that mass tourism doesn't bring money into cities, it just makes them overrun."