OIC summit in Turkey rallies Recep Tayyip Erdogan′s base | World| Breaking news and perspectives from around the globe | DW | 13.12.2017 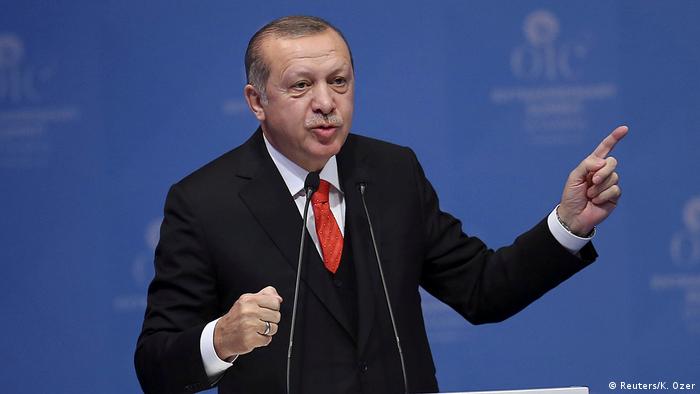 One week after US President Donald Trump made a controversial announcement to move the American embassy to Jerusalem, recognizing the city as the capital of Israel and igniting worldwide protests, the Organization of Islamic Cooperation (OIC) has rejected the decision.

During an extraordinary meeting Wednesday in Istanbul, the 57-member OIC, which deems itself "the collective voice of the Muslim world" rebuked Trump's statement by recognizing East Jerusalem as the capital of Palestine. On stage, Turkish President Recep Tayyip Erdogan was joined by leaders from Palestine and Jordan, who together shared harsh words on the decision and the United States' future role in mediating the Israeli-Palestinian conflict.

"We shall not accept any role for the United States in the peace process, they have proven their full bias in favor of Israel," said Palestinian President Mahmoud Abbas. "Jerusalem is and always will be the capital of Palestine."

Yet despite the strong rhetoric, some analysts and prominent figures in Turkey viewed the OIC summit as unlikely to change policies already established by US and Israeli leaders. Instead, some argued the Jerusalem decision will be used to rally regional voters and possibly unite fragmented groups via long-running tensions resulting from the Israeli occupation of Palestinian land.

Since 1967, when Israeli troops captured the predominantly Arab eastern part of Jerusalem, the occupation of the holy city has held immense symbolic significance for residents of the Middle East. By calling the OIC summit, Erdogan has once again shown ambitions to be seen as the leader of the Muslim world and, in focusing on Palestine, the divisive president is appealing to sentiments Turkish citizens share across the political spectrum, said Selim Koru, an analyst at TEPAV, an Ankara-based think-tank.

"The right wing sees it along Islamist lines, meaning a struggle between Islam and the Judeo-Christian world," Koru told DW. "The left sees an imperial violation of the rights of a historically disenfranchised people, with whom they identify on that basis."

"This is to say that Turkish people see the matter of Palestine through the lens of their own country's relationship with the West," Koru added. "Considering how Turkey lost Ottoman Palestine, this is not too unreasonable."

Much of Turkey's modern nationalist rhetoric is based on the country's defeat of European occupying forces in the First World War, so the issue of foreign meddling in the Middle East touches a nerve for many Turkish citizens. This sentiment can be expanded to the region as a whole, argued Ahmet Faruk Unsal, a former lawmaker from the ruling AKP party, but he remained doubtful of the OIC summit's impact.

"The Jerusalem move might reduce tensions between Shia and Sunnis, Saudi Arabia and Iran in the short-term since this issue unites Muslims, and this is good," Unsal told DW. "But in the end, it's too late. Their resistance and their protests will not change anything. What is done is done." 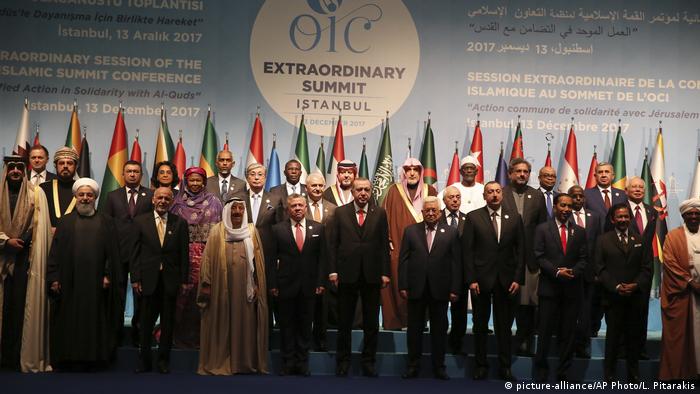 'Playing to the audience'

Unsal criticized the OIC for failing to pass sanctions against Israel or rile up more consequential protests in the past, saying most territorial decisions regarding Israel and Palestine were taken decades ago and that moving the US embassy to Jerusalem was a relatively superficial development in comparison. He went on to say politicians were now merely posturing, not just in the Middle East, but also in the West by using the occasion to bolster their domestic agendas.

"We know Trump is at his weakest point yet with the controversies in his country and with the ongoing Russian investigation," Unsal said. "He made this announcement because he is looking for support, he is looking for a distraction from his problems."

Ihsan Eliacik, a progressive Islamic scholar in Turkey, echoed such statements, saying he expected little to come of the OIC summit other than electoral gains for Erdogan, who he said criticizes Israeli policies but continues economic relations with the country.

"Erdogan is playing to the audience and he has done this for many years," Eliacik told DW. "And while he pleases the audience, he has expanded economic and military cooperation with Israel, despite what he tells his followers here in Turkey." 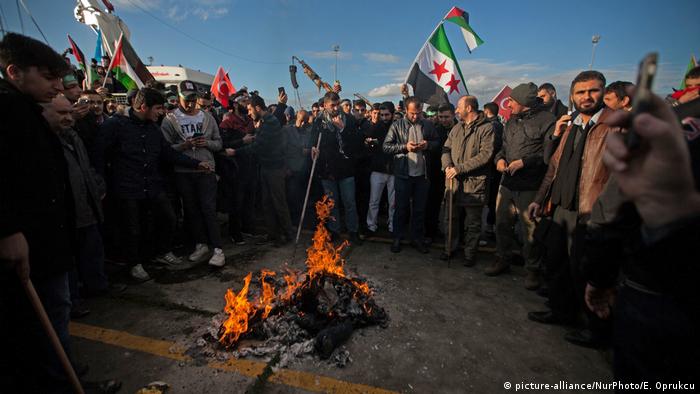 The US decision to recognize Jerusalem as Israel's capital sparked protests around the world, including in Turkey

Turkey-Israel relations have been volatile over the years, particularly following an Israeli raid on the Mavi Marmara humanitarian aid vessel that killed nine Turkish citizens. Yet the two countries have maintained economic links even through the rougher moments.

In 2016, Turkish exports to Israel were about $2.5 billion (€2.1 billion), and in the first 10 months of 2017 this trade has grown by an additional 14 percent. The two nations are also in negotiations regarding a pipeline that would export Israeli gas via Cyprus to Turkey and possibly Europe.

Regardless of recent developments and the stances of Turkish officials, Eliacik said he remained hopeful that Palestinians would be able to live under more peaceful conditions within the state of Israel.

"Of course, Israel will insist on its current position," Eliacik told DW. "But I believe Palestinians are right in their calls to remain on their land and I hope, some day, that this territory will not be overseen by one group, but will be managed by a coalition of Jewish, Christian and Muslim representatives who all have a shared history there."