Marco Rubio: 'Vladimir Putin chose to interfere in US elections'

DW:US President Donald Trump is making headlines across the world because of his Russia connections [the Robert Mueller-led investigation into alleged US collusion with Russia during the 2016 presidential election — the ed.]. What might be the final political consequences for him?

Marco Rubio: Well, one thing about the US, compared to Vladimir Putin's government, is that we have a system of checks and balances and a system of rule of law. Right now there are suspicions and allegations that have been made that are being investigated by professional investigators who will make decisions based on the facts. Ultimately, we will let it play itself out and go wherever the truth takes us, that's the way our system works.

And the people that are accused have a right to defend themselves and prove their innocence. And the government has a burden to prove that. We are not at that stage yet. But what is abundantly clear is that Vladimir Putin chose to interfere in the US elections — in my opinion, not so much to favor one candidate over another, but to sow instability. In many ways he blames the United States for the protests against corruption and against him that took place in 2009, 2010, or 2011. He thinks that the United States was behind it. In many ways, this was a part of getting revenge for that. And the other part of it is that he wanted to destabilize the US, to be able to go back and say to his own people and to the world that America is in no position to lecture anyone about democracy, as their own democracy is flawed. I don't necessarily disagree that we're not perfect. The difference is that our imperfections are debated openly in a free society and not presented through a state-controlled media, loyal to one person and one regime.

But I'm talking about this particular investigation. If they prove that Trump had connections to Russia, what would the consequences be for him and his political career? How big is the risk of impeachment, for example?

Well, we're way ahead of ourselves when talking about impeachment. Right now we have an ongoing investigation, and it may lead to nothing. We've already seen a couple of indictments, but it may not ultimately prove that the president did something wrong. We need to wait for that. I don't want to prejudge that — it would be unfair and prejudicial to do so. But ultimately, I am confident that those doing the investigation are serious and professional people. The truth is going to be out there for courts to look at — in the case of the individuals that have been indicted or may be indicted, and for the voters to look at — in the case of anybody else who is in elected office.

In your estimation, how big is the real impact of Russia's interference in the US presidential election? 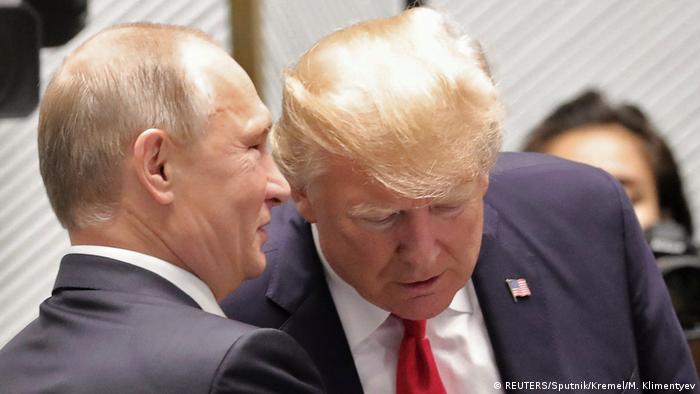 Did you hear the one about me and the Democrats?

I don't think it impacted the outcome. But we most certainly need to be aware that foreign governments tried to exploit legitimate divisions in American society for purposes of creating chaos. I think that Vladimir Putin's ultimate goal was not the election of one candidate versus another, although he may have personally preferred one candidate. But his ultimate goal was to ensure that whoever was elected the next US president, they did so with their credibility damaged. I also think that he wanted to exploit the already existing divisions in American society for the purpose of forcing us to go through what we're going through right now — investigations, divisive debates, talk about impeachment, and the like.

It's destabilizing. This is a pattern that has repeated itself not simply in the US elections — we saw an attempt to do it in France, Germany, Montenegro, Bulgaria, and even potentially in Mexico this year. This is a sort of hybrid warfare type concept that he has adopted, and it is in line with his training as a KGB officer and the sort of propaganda efforts that existed during the Cold War, without the internet and without Twitter and Facebook.