A sapling planted by the French and US presidents on the White House lawn, meant to symbolize friendship between the two nations, has died. It had been living in US quarantine for the last year. 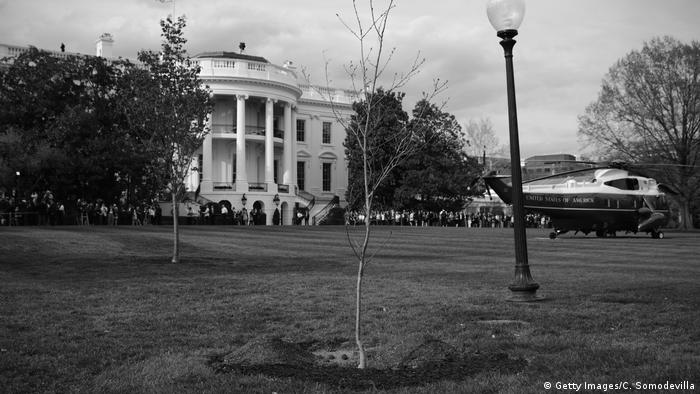 The tree had been intended to symbolize the friendship between the two nations and was dug into the lawn by the two leaders during a state visit by Macron in April 2018.

The oak originally sprouted at the site of the World War I Battle of Belleau Wood in northern France, where about 2,000 US troops died fighting the Germans in 1918.

Tree died while in quarantine

However, US media noted soon after it was planted last year that the tree had disappeared. It later emerged the tree had been removed and taken into quarantine, to avoid introducing any European blight or parasites. The quarantine is mandatory for any living organism imported to the US.

Now French media have revealed that the tree died while in quarantine, where it was intended to live in US custody for two years before being replanted back on the White House lawn.

The tree's demise has been used as a metaphor by French outlets for the deteriorating relations between the US and Europe.

When the two leaders appeared alongside each other in Normandy last week to mark the 75th anniversary of the Allied invasion of Nazi-occupied France, Macron spoke in favor of multilateralism, subtly beseeching the US leader to pursue international cohesion.

The optics tell a clear story: French President Emmanuel Macron scored the first state visit of the Trump presidency the same week German Chancellor Angela Merkel is in Washington for a working meeting. Will it pay off? (24.04.2018)