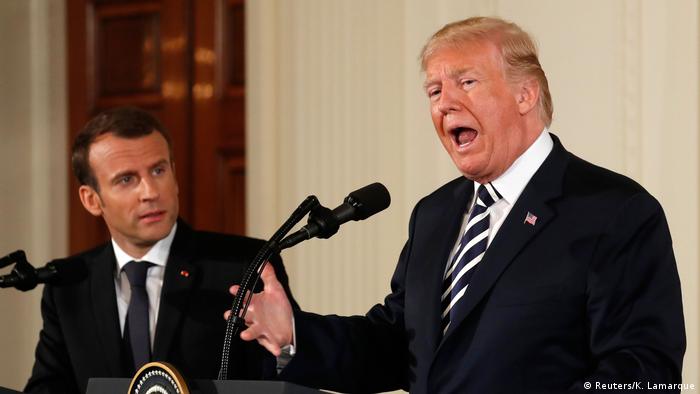 Emmanuel Macron's selection as the inaugural guest of honor during the first state visit of the Donald Trump era this week capped a successful effort by the French president to cultivate a close personal relationship with his US counterpart. The extended trip stands in stark contrast to the brief meeting German Chancellor Angela Merkel and Trump will hold later this week.

"I do think that President Macron has been more effective at establishing a close relationship with Donald Trump," said Julianne Smith, former deputy national security adviser to US Vice President Joe Biden, who now heads the Transatlantic Security Program at the Center for a New American Security.

That's when Macron hosted Trump for a stunning display of French military might on Bastille Day. The parade, which included American troops, marked the centennial of the US entry into World War I and did not fail to impress the visiting president. He was so awed that he directed Pentagon planners to come up with something similar in Washington. A parade is now tentatively planned for Veteran's Day this fall.

Trump and first lady Melania's visit to France, which also included a glitzy dinner at the Eiffel Tower that Macron had dubbed a meal "among friends," cleverly played to American sensibilities toward the country. And it worked, as evidenced by Macron's state visit in Washington this week.

Contrasted with Merkel's upcoming brief trip, it underscores the perception of Macron, noted Jeffrey Anderson, the director of the Center for German and European Studies at Georgetown University. "Certainly in terms of symbolic politics he is regarded as the driver in Europe, as the leader, and also I would say, here in the United States."

Macron's rapid rise coincided with Merkel's prolonged absence from the international stage due to German election results that made it not only difficult to form a government, but also weakened her status domestically.

It is a remarkable turn of events for the woman who less than a year ago was hailed as the de facto "leader of the Western world" — a role Merkel never aspired to personally and one that likely overestimates Germany's global position.

But the reasons for Macron's apparent rise and Merkel's seemingly diminished status with Trump both predate and go beyond the chancellor's international absence from the world stage, argue the trans-Atlantic observers. 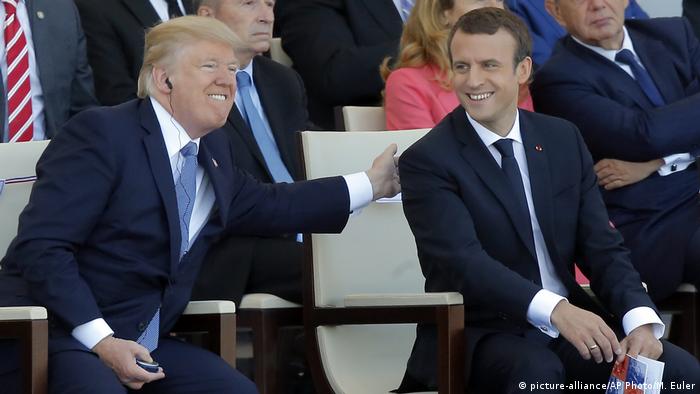 They point out that Merkel as a leader and Germany as a country have been on the receiving end first of candidate and then President Trump's remarks for a long time, on issues such as immigration, defense spending and Germany's trade surplus with the US. Add to that the fact that Merkel and Trump personally have a more difficult relationship than Macron and Trump — particularly since the much-discussed handshake episode during the chancellor's first White House visit.

"It has been apparent in their joint press appearances and press conferences, and in addition the president has said a number of disparaging things about Germany as a country which we don't hear him say about France," said Smith.

Two other things Merkel always had going against her vis-a-vis Trump, said the trans-Atlantic analysts, is that she was very closely aligned with the president's loathed predecessor Barack Obama and the fact she is a woman.

"It's impossible to say with any certainty, but one might assume that the president has some issues in dealing with very strong, female leaders," said Smith.

In addition, Macron and France compared to Merkel and Germany fare better on what may be the two apparent benchmarks Trump, rightly or wrongly, measures European countries by: defense spending and trade balance. As with Germany, Paris does not achieve NATO's stated goal of 2 percent GDP spending, but it is clearly closer. And at least as important, France does not have a massive trade surplus with the US.

But, said Jeff Rathke, deputy director of the Center for Strategic and International Studies' Europe Program, the key issue is whether Macron will be able to parlay his personal bond with Trump into tangible results that reflect French interests.

"The big question is whether those personal relationships really matter," he said. "So, for example, President Macron has done an extremely successful job of building a personal rapport with President Trump. It's not clear whether he has gotten results from that personal rapport that are anything different than what Chancellor Merkel seeks."

Judging by Trump's public remarks after his meeting with Macron on Tuesday, it does not seem like it. On four essential issues — the future of the Iran nuclear agreement, an extended US military presence in Syria, the Paris climate accord and the US tariffs targeting Europe — Trump exhibited a bellicose stance that suggested he was not in the mood for compromise. 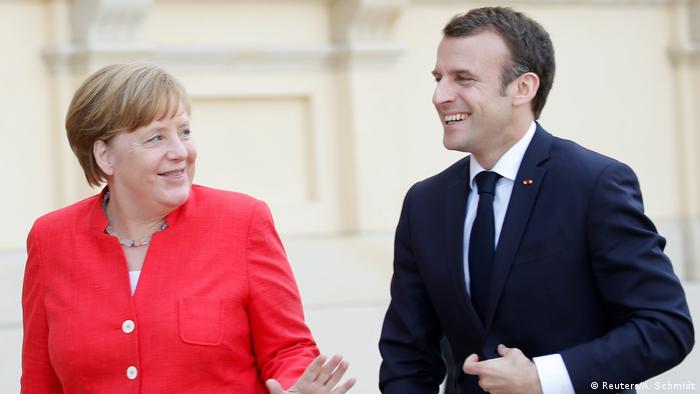 That does not mean that establishing a close personal bond with any US president, even one who is widely unpopular in Europe, is not significant in and of itself. But it does come with its own challenges.

Just ask former British Prime Minister Tony Blair, who was very accommodating to President George W. Bush but did not get very much in return and was later ridiculed as Bush's poodle, said former vice presidential adviser Smith. "So it's a tough spot for Macron to be in because he clearly wants to come to Washington and show that this close relationship is paying off."