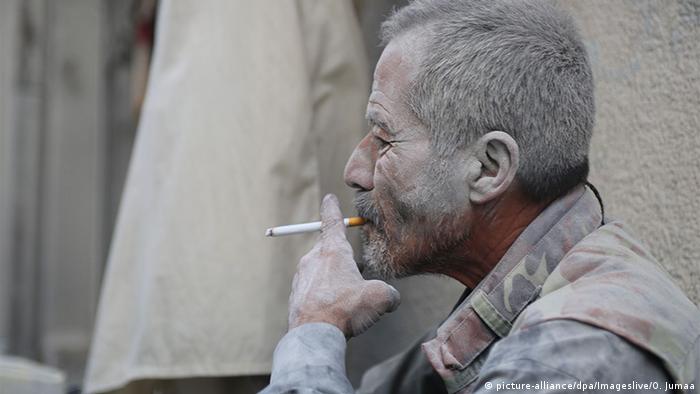 Citing "deep unhappiness," UN envoy Staffan de Mistura abruptly cut short Thursday's meeting of the UN's humanitarian task force for Syria because new fighting in the five-year war has impeded aid convoys to the more than 590,000 people living in besieged cities and towns. De Mistura said convoys had not reached any besieged areas of Syria in August and that Madaya, Zabadani, Foah and Kafraya had had no aid for 110 days.

De Mistura has attempted to increase pressure on the United States and Russia, the 17-nation task force's co-chairs, to help produce a 48-hour ceasefire in the northern city of Aleppo in the face of a recent government offensive.

"I again insist on behalf of the secretary-general of the UN and of all the Syrian people (on having) a 48-hour pause in Aleppo to start with," de Mistura said in Geneva. "That would require some heavy lifting from not only the two co-chairs, but also those who have an influence on those who are fighting on the ground."

The Russian Defense Ministry said Thursday it was ready to support weekly 48-hour "humanitarian pauses" that would go into effect around Aleppo "next week." Moscow also said it was ready to guarantee safety to aid convoys in cooperation with the Syrian regime.

However, the Russian army added that it expects similar guarantees from the United States in the areas controlled by the "moderate opposition," Gen. Igor Konashenkov said.

"Specific dates and times will be determined after information regarding the readiness of humanitarian convoys is received from the UN, as well as confirmation of safety guarantees from American partners," he added.

The European Union, meanwhile, called Thursday for the "immediate halt" to fighting in Aleppo. The photo of a 5-year-old boy pulled from the rubble of an airstrike has drawn the world's attention back to the plight of those living in the Syrian city.

Aleppo, split into rebel and government-controlled areas, has become the current focal point of the Syrian war. In the city, up to 2 million people on both sides lack access to clean water after bombing runs, conducted mostly by Russia and the regime.

The only UN aid to reach Syria this month has come in the form of World Food Program airdrops to Deir El-Zour, de Mistura said.

"I decided to use my privilege as chair to declare that there was no sense to have a humanitarian meeting today unless we got some action on the humanitarian side in Syria," de Mistura said. "What we are hearing and seeing is only fighting, offensives, counteroffensives, rockets, barrel bombs, mortars, hellfire cannons, napalm, chlorine, snipers, airstrikes, suicide bombers."

De Mistura said he planned to reconvene the humanitarian task force next week and believed that Russia and the United States still sought a nonmilitary solution to Syria's conflict, which has left up to 290,000 people dead.

The suspect was allegedly involved in fighting, manning a checkpoint and appearing in a gruesome video with a headless corpse. He was arrested earlier this year when he returned to Germany to be with his pregnant wife. (18.08.2016)