The meeting between Donald Trump's nominee for secretary of state and Kim Jong Un raises the stakes for potential future talks, a former Pentagon official says. A big issue will be that of American prisoners. 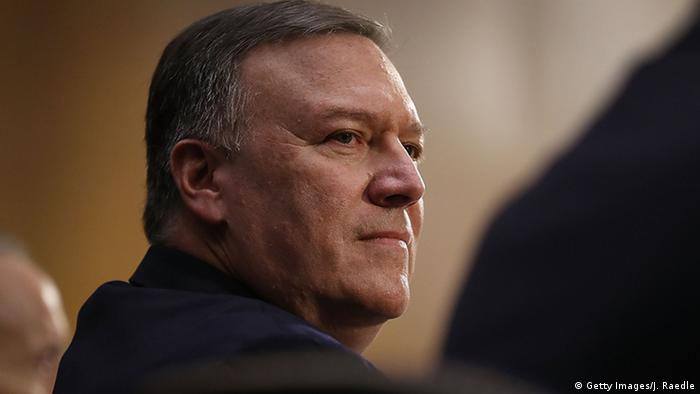 DW: The Trump administration's envoy for North Korea retired abruptly a few weeks ago, the US still does not have an ambassador in Seoul and the State Department remains understaffed. Given this context, what does it tell you that Mike Pompeo, who is still CIA chief and not a seasoned Asia expert or diplomat, was sent on this delicate mission?

Abraham Denmark: To me it shows the lack of confidence [US President Donald Trump] has in other officials. What is also interesting to me is that [the White House] did not disclose it after Pompeo's hearing for secretary of state [Senate hearings for position confirmation are currently ongoing]. That's surprising, because it would seem to buttress his diplomatic credentials. So the timing of this report is really striking to me. 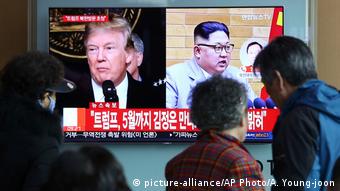 Do you have any direct knowledge of what was discussed and, if not, what do you think should have been discussed at the meeting?

I don't have direct knowledge of what was discussed, but to me there are three things that I believe should have been discussed.

First, and most certain, the logistics of the meeting [that could eventually take place between Trump and Kim Jong Un]; both leaders will have very specific and demands about where they are willing to go and where they are not willing to go. I think having Pompeo there to speak authoritatively for the president is important.

Second, and probably most significant, would be the agenda of the meeting and talking about the substance of what the two leaders will discuss when they meet and potentially laying out some initial positions from the two sides and all the issues.

And third, and this is really surprising to me — Pompeo did not come back with any of the three Americans that are still held captive in North Korean prisons. Did Pompeo try to bring any of them back? And will President Trump insist on their return before he meets with Kim Jong Un?

You think it should be a precondition for the US that the three American prisoners held in North Korea be returned before any talks take place between Trump and Kim?

I believe that it is impossible to negotiate with North Korea while there are American prisoners in the country. I believe releasing them in relatively good condition should be a precondition for talks. It is unclear how the administration is approaching this.

Is it conducive to the larger diplomatic mission that this top secret meeting was revealed — President Trump himself strongly hinted at it before it became public just yesterday — or does this not increase the pressure that the possible meeting between Trump and Kim will need to take place and produce results?

The revelation certainly increases the pressure for the meeting to take place. I suspect that US officials believe it increases pressure on Kim to go to the meeting. However, in reality, I think it actually increases the pressure and expectations on the United States. The president did say the meeting may not happen and made all sorts of caveats, but the headline that Pompeo met Kim Jong Un certainly raises expectations in Washington and in East Asia that this meeting will actually happen.

How would you describe the negotiating style deployed by the Trump administration, but clearly led by the president himself, vis-à-vis North Korea? 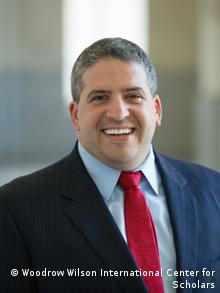 Abraham Denmark is currently the director of the Asia Program at the Wilson Center, a non-partisan policy forum for global issues

If you look at the public messaging the administration has done in the last few months, it has maximize expectations of North Korean concessions and minimalized expectations of American concessions. In fact, Trump's National Security Advisor, John Bolton, has been quoted as saying he does not believe that the United States should give any economic inducements for North Korea to denuclearize. That is a very unusual theory of negotiation. The expectation is that both sides are going to give important concessions. But there is a lot of skepticism, myself included, over whether North Korea will ultimately follow through and actually denuclearize.

So are you now less or more hopeful about the US-North Korean diplomatic efforts than a few months ago?

We are in a more hopeful position now than we were several months ago when Washington was full of discussion about various military options. I think anytime there is dialogue between the United States and North Korea, that's a good thing.

However, I am concerned that if Trump and Kim meet and either those talks themselves fail or whatever deal the come up with collapses, it could be used by people who support military options as a way to push for their preferred way ahead. Those people will point to the failure of diplomacy as a reason for pursuing military options. So the threat of a military confrontation has never disappeared. It still hangs over this negotiation and very much raises the stakes of any meeting between Kim Jong Un and our allies and Kim Jong Un and President Trump.

Abraham Denmark is the director of the Asia Program at the Wilson International Center for Scholars, a non-partisan policy forum that tackles global issues. Before joining the Wilson Center, he was a deputy assistant secretary of defense for East Asia from 2015 to 2017.