CIA Director Mike Pompeo made a secret visit to North Korea over Easter weekend and met with Kim Jong Un, according to media reports. Donald Trump said the meeting "went very smoothly and a good relationship was formed." 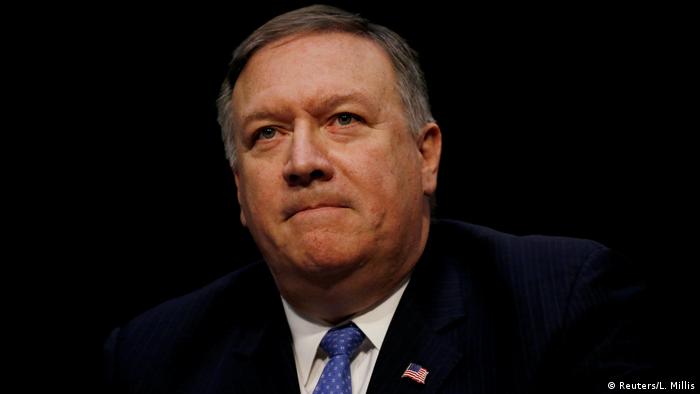 Secretary of state nominee and CIA chief Mike Pompeo is believed to have met North Korean leader Kim Jong Un over Easter weekend to set up a meeting with US President Donald Trump, US media reported Tuesday.

On Wednesday, Trump confirmed there was a meeting but said it took place "last week"

"Meeting went very smoothly and a good relationship was formed," he said on Twitter. "Denuclearization wll be a great thing for World, but also for North Korea!"

Earlier, Trump said the US had held high-level talks with North Korea, confirming that officials have begun laying the groundwork for the anticipated meeting between the leaders sometime before the end of May.

Read more: US: North Korea is open to 'discuss denuclearization'

Highest level summit: In March, Trump accepted an offer to meet Kim to discuss the North's nuclear weapons program. The summit will follow a separate meeting between Kim and South Korean President Moon Jae-in on April 27.

Trump's blessing: The president also said he approved of both Koreas negotiating a formal end to the Korean War, which technically never ended after an armistice was signed in 1953: "They do have my blessing to discuss the end of the war." The announcement breaks with previous US policy. Washington long sought to halt the North's nuclear program before discussing a peace treaty.

Abe lauds Trump: Abe said the president was brave for agreeing to meet with Kim: "I'd like to commend Donald's courage in his decision to have the upcoming summit meeting with the North Korean leader." He also said Trump had promised to discuss the issue of Japanese abductees in North Korea with Kim.

Read more: US: North Korea is open to 'discuss denuclearization'

Kim Jong Un has convened a party meeting to discuss strategies leading to the "next stage of victory," North Korean media have said. The meeting comes as the secretive country faces major economic challenges.

North and South Korea exchange goodwill letters ahead of leadership shift in Seoul 22.04.2022