'US must not cross red line' during possible Trump-Kim meeting

British MEP Nirj Deva tells DW the success of the possible Trump-Kim meeting would depend on Washington's preparation for talks. Deva has been engaged in high-level talks with North Korean officials on behalf of the EU. 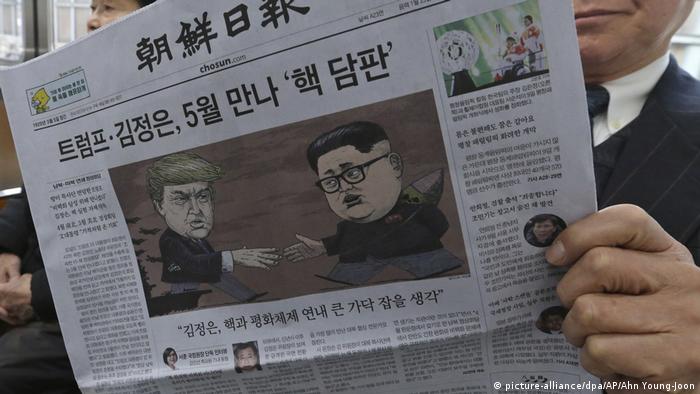 A European Parliament delegation revealed on March 14 that it had been conducting secret talks with North Korean officials over the last three years in order to convince Pyongyang to end its controversial nuclear program.

The parliament's delegation was led by British Member of European Parliament (MEP) Nirj Deva, who has met with senior North Korean officials 14 times and plans to hold another meeting in Brussels in the near future.

After taking a non-compromising posture last year, US President Donald Trump said earlier this month he would be willing to meet North Korean leader Kim Jong Un in person to resolve the crisis on the Korean Peninsula.

In an exclusive interview with DW, British MEP Nirj Deva says that the success of the Trump-Kim talks would depend on the preparation of the American leader's negotiating team.

Opinion: A showdown of the alpha males

US and South Korea to resume joint military exercises

DW: When exactly did the secret talks between the EU and North Korea take place? Was there any specific reason to initiate the dialogue?

Nirj Deva: It started about three years ago, when I became chairman of the European Parliament committee dealing with the Korean Peninsula. A requirement of the parliament statutory structure is that I and other committee delegates must treat both North and South Korea equally.

We have held 14 meetings with senior North Korean officials over the past three years; sometimes very long meetings. We discussed a whole range of issues. 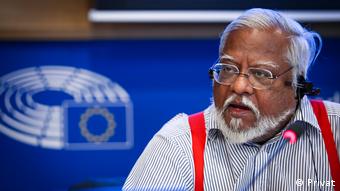 Did you talk to the same officials every time or did the participants vary?

There were different people from the regime — from the ambassadorial level to a ministerial director level.

What were the main topics of discussion?

First and foremost, we talked about their nuclear and missile programs. We were very clear from the outset that these programs are an existential issue for the Korean regime, because Pyongyang asked the North Korean people to make tremendous sacrifices to make the missile and nuclear development possible.

Successive North Korean regimes have pinned their hopes and their identity on North Korea becoming a nuclear power and therefore being treated like an equal [by the international community]. That's why whenever we asked them to discuss denuclearization as a precondition to talks, they said they could not do that. So we recognized that if we were going to have talks, we must sit down [with the North Koreans] like the West did during the Cold War.

But the North Koreans see their nuclear program as non-negotiable.

They have never said it is non-negotiable. What they have said is that they don't want it as the first condition for talks. It should be the end of a process, not the beginning of a process. But the problem is that the EU and the US say they will not sit down for talks unless North Korea gets rid of their nuclear weapons. So it was a standoff, as it is now.

Whenever I press the denuclearization point, North Korean officials remind me of what happened to Muammar Gaddafi and Saddam Hussein. They ask: "Do you think if Gaddafi had nuclear weapons, he would have met the same fate?"

How much progress have you made so far with the North Koreans?

It is very difficult to measure progress, but I can say that we have built confidence. Confidence building is actually recognizing one another's red lines. If you don't acknowledge the red lines and go into talks, the talks can fail. And what happens if the talks fail? War. And that is a dangerous thing.

In 2017, the rhetoric between US President Trump and North Korean leader Kim became very aggressive. What effect did this war of words have on your talks with North Korea?

South Korea: 'Too early to be optimistic' on North

Did the US know the EU was conducting talks with senior North Korean officials?

Yes. I visited Washington and had meetings with State Department officials. I also went to the White House and met senior advisors to President Trump. I spent hours with the senior strategic adviser to the president and told them about the talks.

South Korea's national security adviser Chung Eui Yong and I had a meeting in the Blue House in Seoul a couple of months ago. He knew exactly what I was doing. So all the main interlocutors — including the Chinese, the Americans, the South Koreans and the Japanese — knew about our engagements. But we didn't go public.

Did the announcement that Kim had agreed to meet Trump in person came as a surprise to you?

I knew it would eventually happen because the other option would be war. There is a school of thought that says the sanctions [on North Korea] are beginning to bite, and that they are the reason behind Kim's willingness to talk. President Trump would want to claim that it was his determination that has made it happen.

Should the Trump-Kim meeting take place, what do you expect from the talks?

Before we talk about results we need to talk about the preparations. And that is what worries me. I spent three years preparing for talks [with North Korean officials]. I do not know which of the American teams I have met are knowledgeable enough to negotiate without crossing a red line. It is a very sensitive issue, and the preparation for the talks is far more important than the talks themselves.

Nirj Deva is a Conservative MEP for the South East of England and Chairman of the Delegation to the Korean Peninsula.