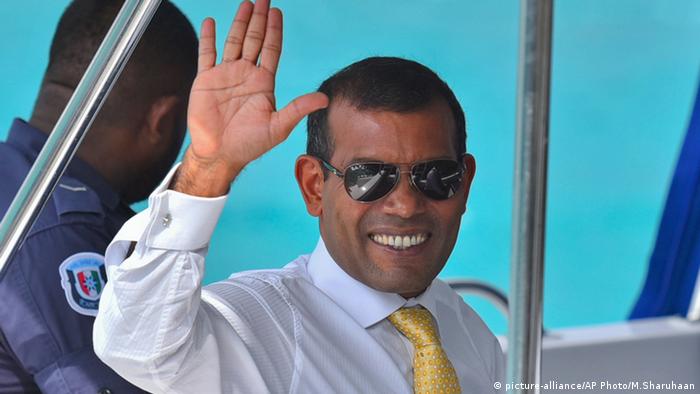 DW: How do you view the current political crisis in the Maldives, particularly the imposition of a state of emergency by President Abdulla Yameen and his defiance of last month's Supreme Court's ruling to reinstate opposition MPs and release political prisoners?

Mohamed Nasheed: As you are aware, President Yameen has arrested his vice president, his defense minister, the chief justice of the Supreme Court and other judges. Yameen has actually overrun the state. He ordered the military to occupy the parliament and declared a state of emergency, which continues.

What we are hearing now is that there are rifts within the military because Yameen has arrested a number of military officials as well. 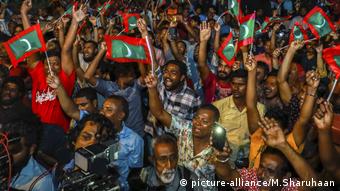 While this is happening in the Maldives, we also heard that a ship with the Maldives' flag on it sold oil to North Korea ignoring the United Nations sanctions on the country. This ship was not only registered in the Maldives, but also funded by the Bank of Maldives. Japan's foreign ministry also announced that a Maldives ship was transferring oil to the North Korean regime on high seas. This shows that President Yameen is steering the country to a very dangerous path.

I am not surprised at this because Yameen did the same thing a few years ago with Myanmar, when the country was under international sanctions.

Are you planning to return to the Maldives and contest elections?

It is possible. I intend to go back to my country. I won't live the rest of my life in exile [in the UK]. I would like to return within the next few months.

But you know that you could be arrested upon your return.

It is likely that I will be arrested.

Last month, you asked India to intervene to resolve the crisis in the Maldives. You reportedly said New Delhi should send troops to the country. How did India respond to your request?

India is responsible for providing security in the Indian Ocean and also to the Maldives. We are in a very precarious situation at the moment. What is happening is that China is giving out high-interest loans to our country. By 2020, we have to pay off almost 40 percent of the government revenue to pay back the debt. If we are unable to do so, China would ask for equity and in the process we will have to give up our country's sovereignty. So we are falling into a death trap.

I feel that India, being the historical provider of safety and security to the Maldives, has a reason to be concerned about the situation.

Are you concerned about Beijing's growing influence on the Maldives under President Yameen's government?

What we are seeing is a clear land grab by China. Beijing is encouraging dictatorship in the Maldives and secretly promoting unsolicited contracts. These contracts are not transparent at all; there is no bidding process, no tenders. There is no democratic oversight. 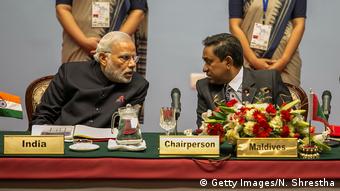 What do you expect from the European Union regarding the resolution of this crisis?

We have been asking the EU to impose targeted sanctions on the regime's leaders. The European Council recently said it would impose sanctions if the Maldives government failed to comply with certain demands. It's been over a week since the EU Council concluded a meeting on this, but there hasn't been any action on this, despite the fact that President Yameen hasn't done anything to address the EU's concerns.

As president of the Maldives, you were very active in raising awareness about the negative impact of climate change on your country? Is the incumbent government doing anything in this regard?

We had a moral authority to speak about the climate change's impact on the Maldives. You need legitimacy to raise these problems. The current authoritarian regime doesn't have the moral and legal authority to address these issues. Instead of going for a carbon neutral plan, Yameen has approved oil drilling. Unfortunately, the president has given up on the environment issues.

Seoul insists that the THAAD defense system is designed to protect the country from the threat posed by North Korea. Beijing, though, is not amused and some experts believe the South is pandering to the needs of the US.