Priest Patrick Asomugha faced racist remarks, break-ins and had his tires slashed in the small town where he lived in Germany. The death threat was the final straw, making it impossible for him to do his job, he says. 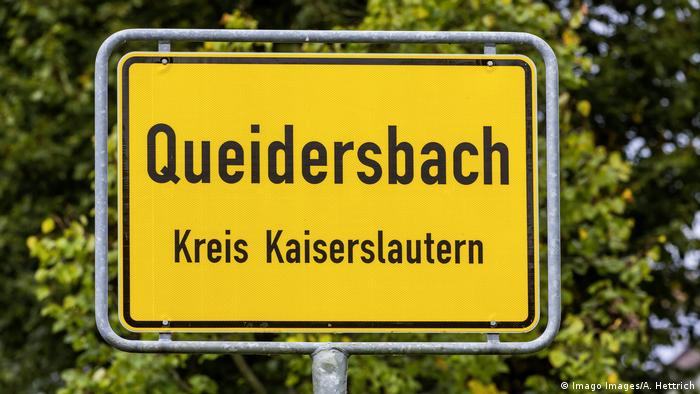 A Nigerian parish priest was forced to leave his post as the head of a parish in western Germany out of concerns for his safety, the parish and local church officials announced on Friday.

The pastor, Patrick Asomugha, and the diocese of Speyer made the decision to remove him after he received a death threat last month.

"Concerns for the safety and wellbeing of pastor Asomugha makes this step unavoidable," Andreas Sturm, vicar general for the Speyer diocese's bishop, said in a statement. "It would be irresponsible to continue exposing pastor Asomugha to the threat."

Read more:  Germany 'must do more' to fight racism: Council of Europe

Asomugha took over as the head of a parish in Queidersbach, a small municipality in western Germany near the city of Kaiserslautern, in 2017.

The trouble began last year after unknown suspects broke into the parish house where he lived. In both instances, there was considerable damage to his property.

"I'm not taking anything from those dirty black hands," one parishioner is reported to have said as Asomugha held communion. At the time, the diocese in Speyer declined to comment on specific cases.

Last year, someone slashed the tires of Asomugha's car. The abuse grew worse, culminating in a death threat posted on the pastor's garage door. Two days later, unknown suspects shattered bottles believed to be filled with alcohol in the entryway into parish house where Asomugha lives.

Read more:  Opinion: Germany is failing in its anti-racism efforts

The death threat was the final straw. Asomugha said that the threats made it impossible to continue his work.

"Under these circumstances, I can no longer fulfil my duties as a pastor in Queidersbach," Asomugha said in a statement.

According to the church, he'd repeatedly called for reconciliation and peace within the parish and the wider community. In October, the church in Queidersbach held a "solidarity mass" to support Asomugha. Around 600 people attended the service to stand up to racism in their community.

Despite the service, the abuse continued and escalated, underscoring the danger he faced if he were to stay.

"The attacks against my person make it almost impossible to lead a normal parish life in Queidersbach," Asomugha said.

Asomugha will leave his post on Monday, but will still hold an as-yet-undisclosed position within the diocese of Speyer.

German leaders have gathered for a memorial service to honor the victims killed in a far-right attack two weeks ago. President Steinmeier said Germany must step up efforts to protect citizens' peace and security. (04.03.2020)